Our photos for the southern region show a shaker “limb shaking” the Nonpareil variety in Tulare County, followed by a sweeper moving the crop in an Independence planting and the beginning of the first stockpile being built in Kern County.

Growers and their orchards baked under the summer sun in the Southern San Joaquin Valley during July as high pressure kept daily temperatures uncomfortably hot. Daily maximum temperatures dipped to their lowest values in the lower 90’s only on the 9th and 19th of July, with highest readings reaching to as high as 108 in the final week of the period. Morning lows provided little relief from the daily high’s with readings reported in the mid 60’s to lower 70’s for much of the period.

As may be seen in the accompanying photos, the 2016 harvest has begun. Shakers began their work on the week of July 17th, with sweepers and pickup machines following during the final week of the month.

Some product has been removed from the orchards and huller/sheller operations are expected to begin during the first week of August. Observers are reporting that the pace of harvest operations will quickly reach maximum levels within the coming week.

The past month has found growers throughout the region preparing for the harvest. Irrigation and pest control dominated daily activities. The hot daily temperatures have driven the orchards water requirement higher, forcing growers to balance their orchard’s stress levels. Growers want to impose a degree of water stress at the initiation of hull split as a means of reducing fungal infections on the hulls. However, excessive water stress can adversely impact the trees and the maturing crop.

While there have not been widespread problems with web-spinning mites in the northern San Joaquin, growers in areas of the southern valley have experienced increasing pressure, aggravated by the daily temperatures. Natural predators have failed to keep up with the increasing mite populations, forcing many, particularly in areas of Kern and Tulare counties, to treat to regain control and reduce the potential of defoliating their orchards. Growers throughout the region are also reporting increasing trap catches of Navel Orange Worm, NOW, as a new “flight” of adult NOW moths begin to deposit eggs on the maturing crop.

While the past winter’s rainfall enabled increased water allocations for many southern region growers, a significant proportion of the region remains dependent on groundwater. Observers in Madera County are reporting that while growers there are having fewer difficulties this year, a number are still fighting to maintain adequate water availability for their orchards. 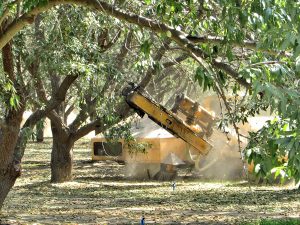 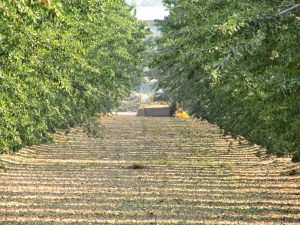 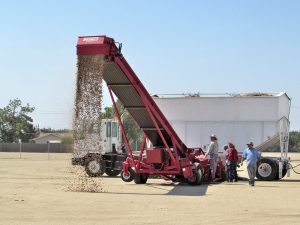