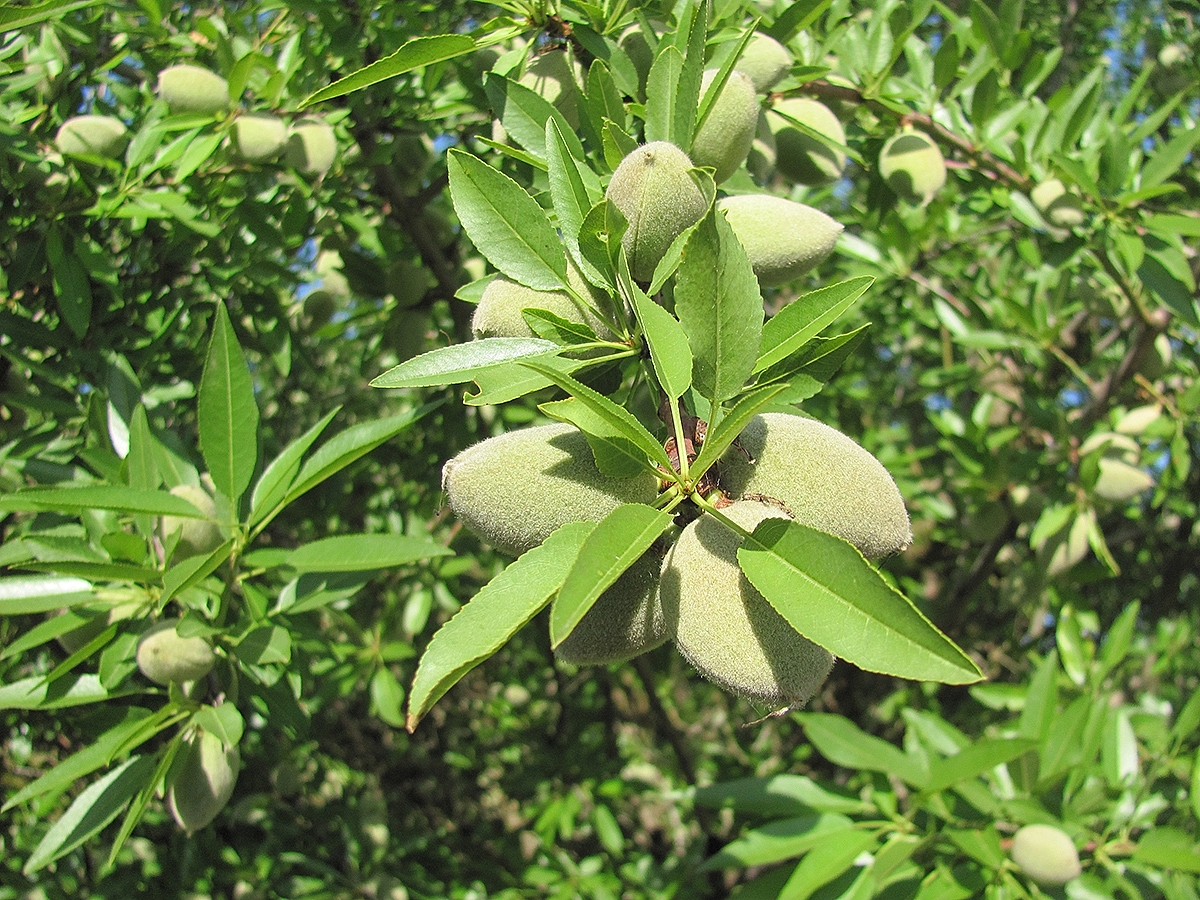 This report covers conditions and observations made between Monday, March 27 and Sunday, April 30, 2017. The next scheduled report will be posted on Monday, June 5, 2017. In the event of any significant occurrences prior to that date, this site will be updated as soon as possible.

The month of April brought widely varying conditions to the Central Valley, with periods of sunshine intermixed with occasionally heavy rain and strong winds.

Several storm events during the period dropped significant amounts of rainfall over the orchards, with precipitation totals for the month ranging from 1 to 3 inches in the Sacramento Valley, 1 to 2 inches in the northern San Joaquin and ½ to 1 inch from Fresno County south. Growers also endured several windy days that knocked nuts from the trees, broke branches and blew over a few trees.

Observers are reporting that the 2017 crop is developing well. Nuts are now fully sized, with the most advanced examples of the Nonpareil now beginning to show the first signs of solidification. Trees in all areas of the state have been shedding unfertilized nuts and those that they are unable to carry to maturity. However, this normal process has been a bit aggravated by the winds experienced during the month. Many have reported lush tree growth this year as the orchards take advantage of the mild temperatures. However, growers throughout the Central Valley have reported that the extended period of saturated soils during the winter and spring has resulted in weakened and dying trees. The repeated heavy rains experienced this year have promoted phytophthora root rot infections in many areas. As temperatures rise and water requirements increase, the dying roots of the infected trees are unable to draw water from the soil, resulting in weakened or dead trees. The continuing rain has inspired growers in the Sacramento and northern San Joaquin Valley’s to begin treatments to prevent Scab and Rust. These fungal infections can defoliate trees later in the season. However, the only effective method of control is through preventative treatments made prior to the appearance of the disease.

Growers have been monitoring their plantings for signs of insect activity, focusing on Leaf-Footed Plant Bugs, LFPB. The feeding of this voracious insect can cause nuts to abort when attacked prior to shell hardening. Quite a few orchards have received treatments to control LFPB, particularly in the southern San Joaquin and along the east side of the valley as the insects move out of other host crops and rangeland grasses. Growers in the southern San Joaquin have also reported increasing populations of web-spinning mites, with some orchards already being treated to reduce infestations. Growers are reluctant to begin treatments this early in the year, hoping that populations of beneficial insects can control pest populations.

Local irrigation districts, as well as the federal Central Valley Project and State Water Project are making full allocations to their growers this year. However, the late season rain, coupled with the saturated soils have inspired growers to delay irrigations in all but the sandiest soils. Some growers have opted to run their drip or micro-sprinkler systems only long enough to apply fertilizer and move the material into the root zone. However, growers are reluctant to add more water to aggravate already saturated soils.

While caring for their orchards, growers planting new orchards have also been busy in the fields completing planting operations. The wet conditions delayed planting this year, forcing growers to hold new bare-root trees in cold storage facilities in order to keep them dormant. 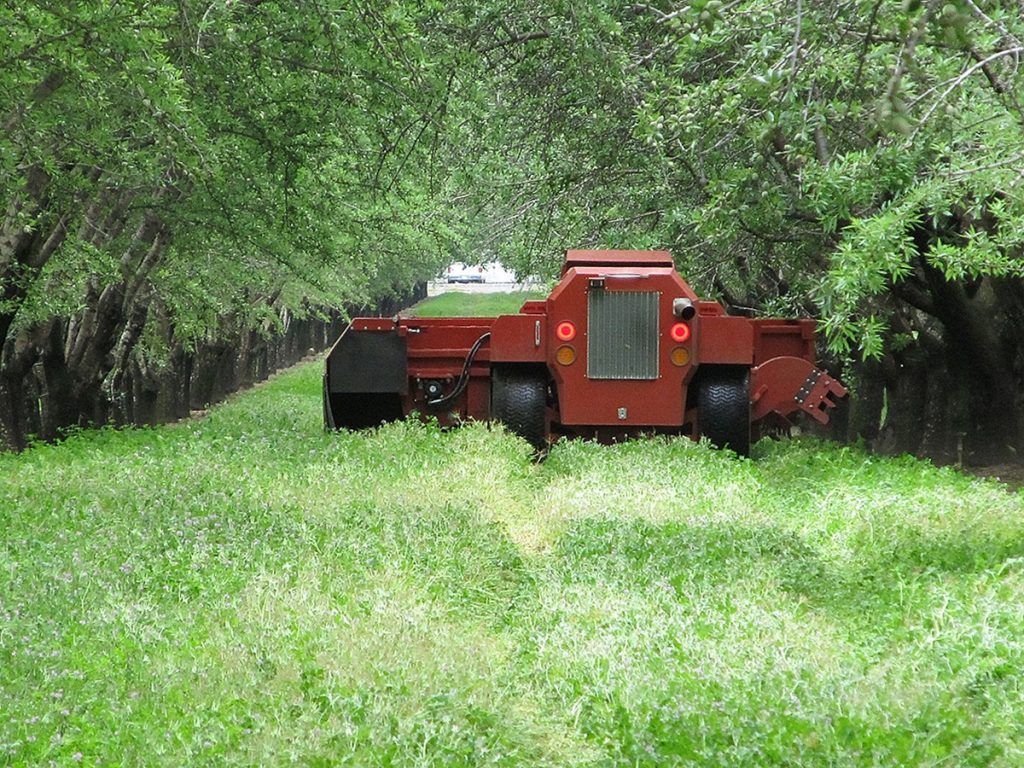 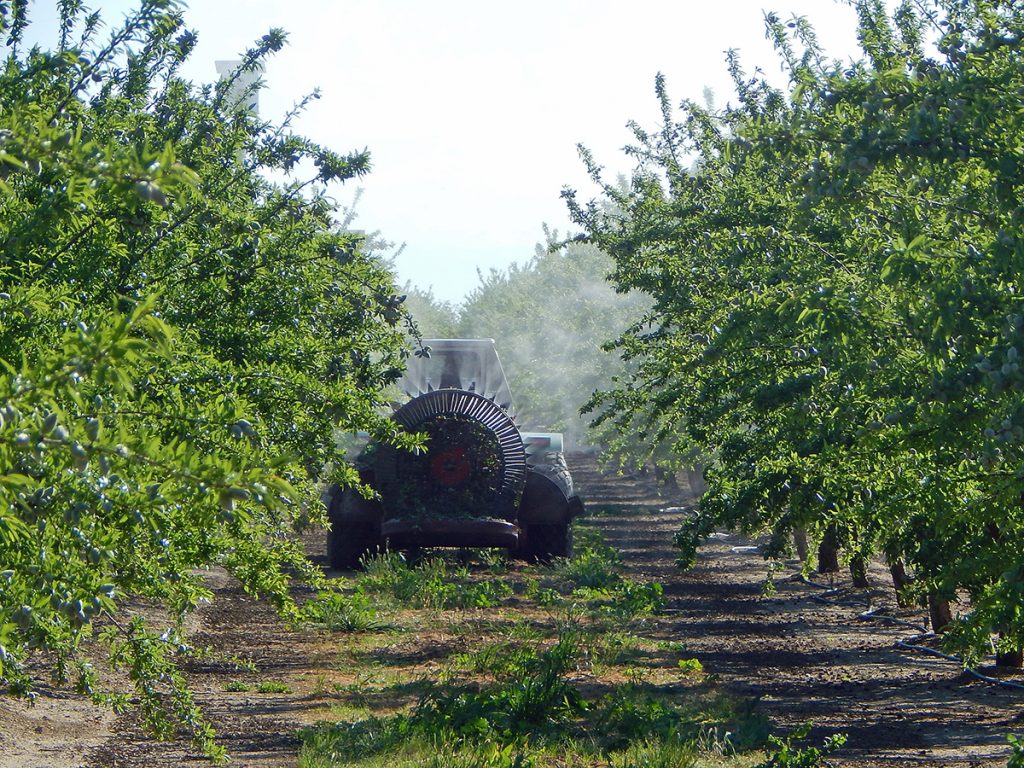 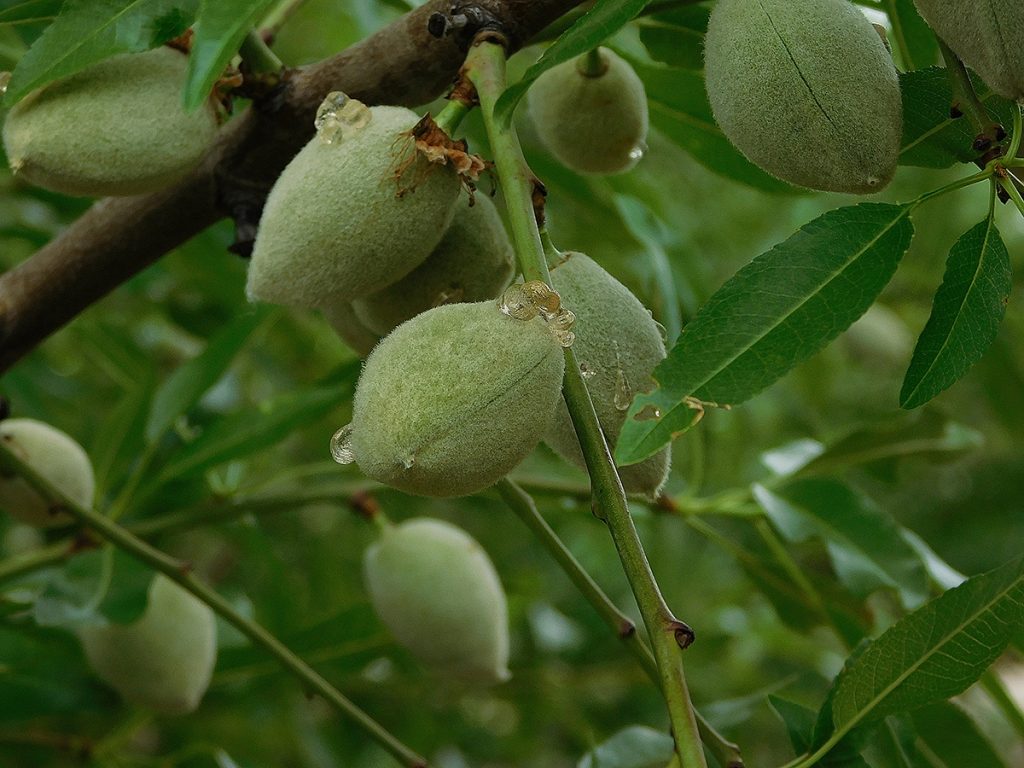 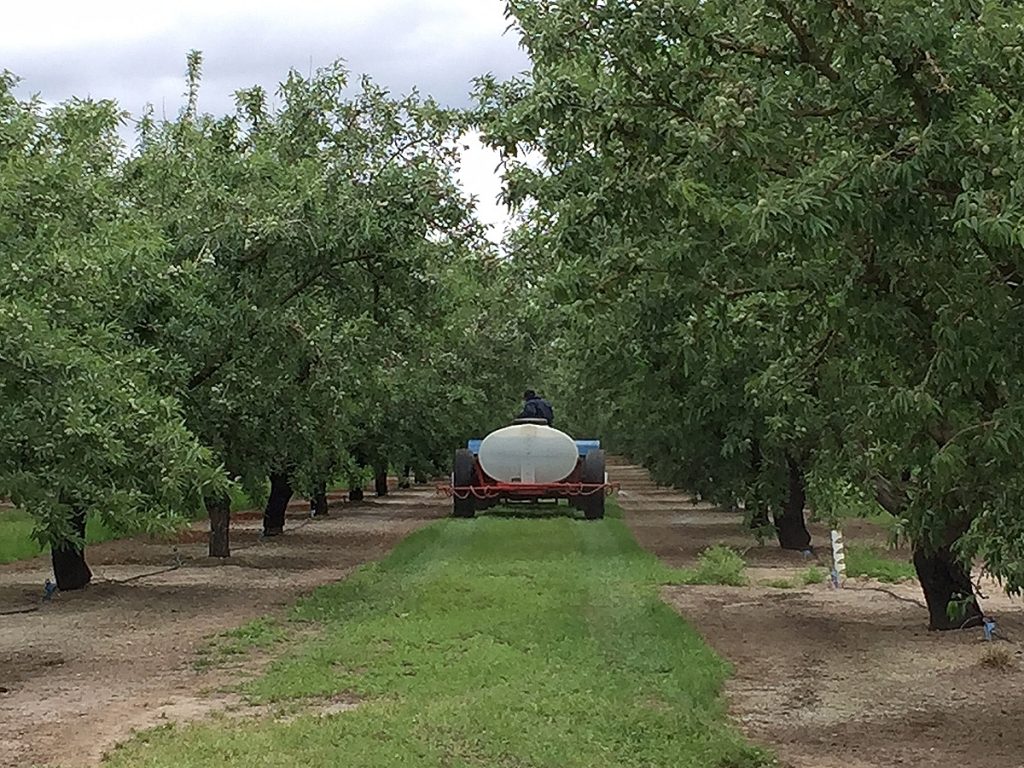 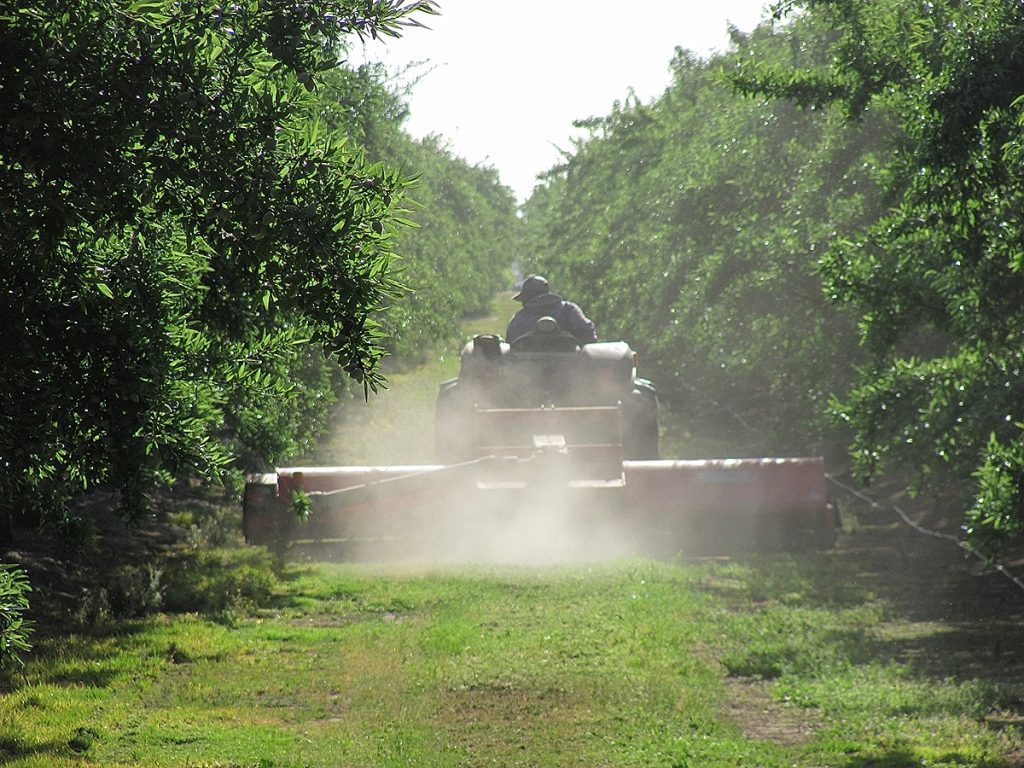 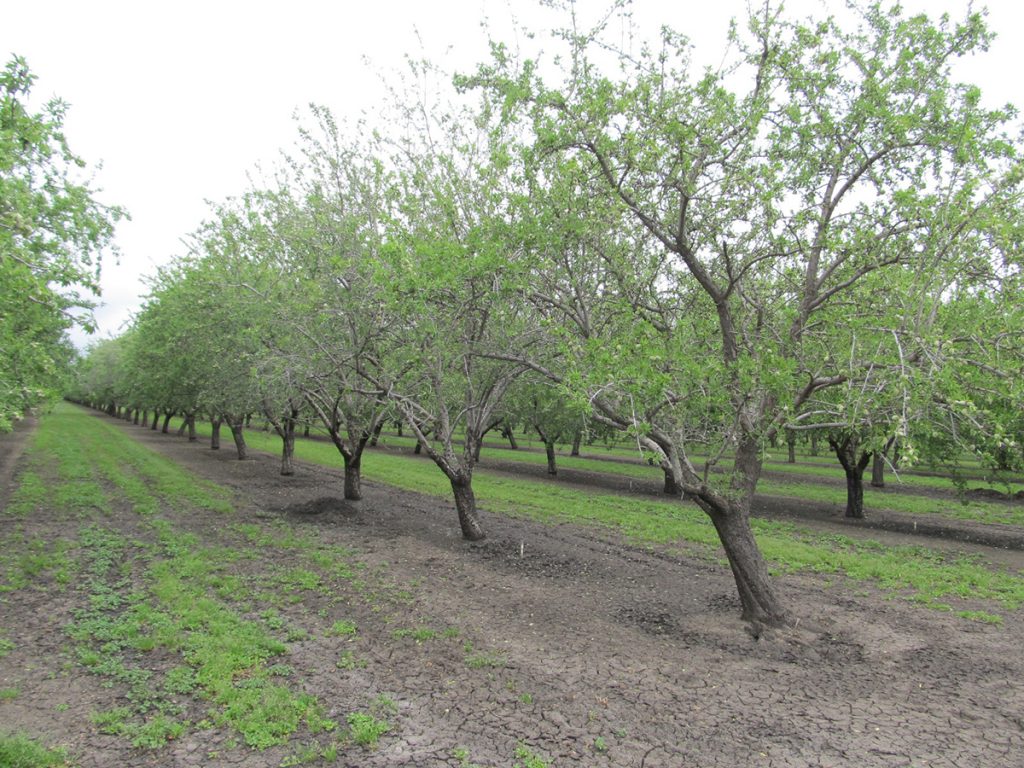