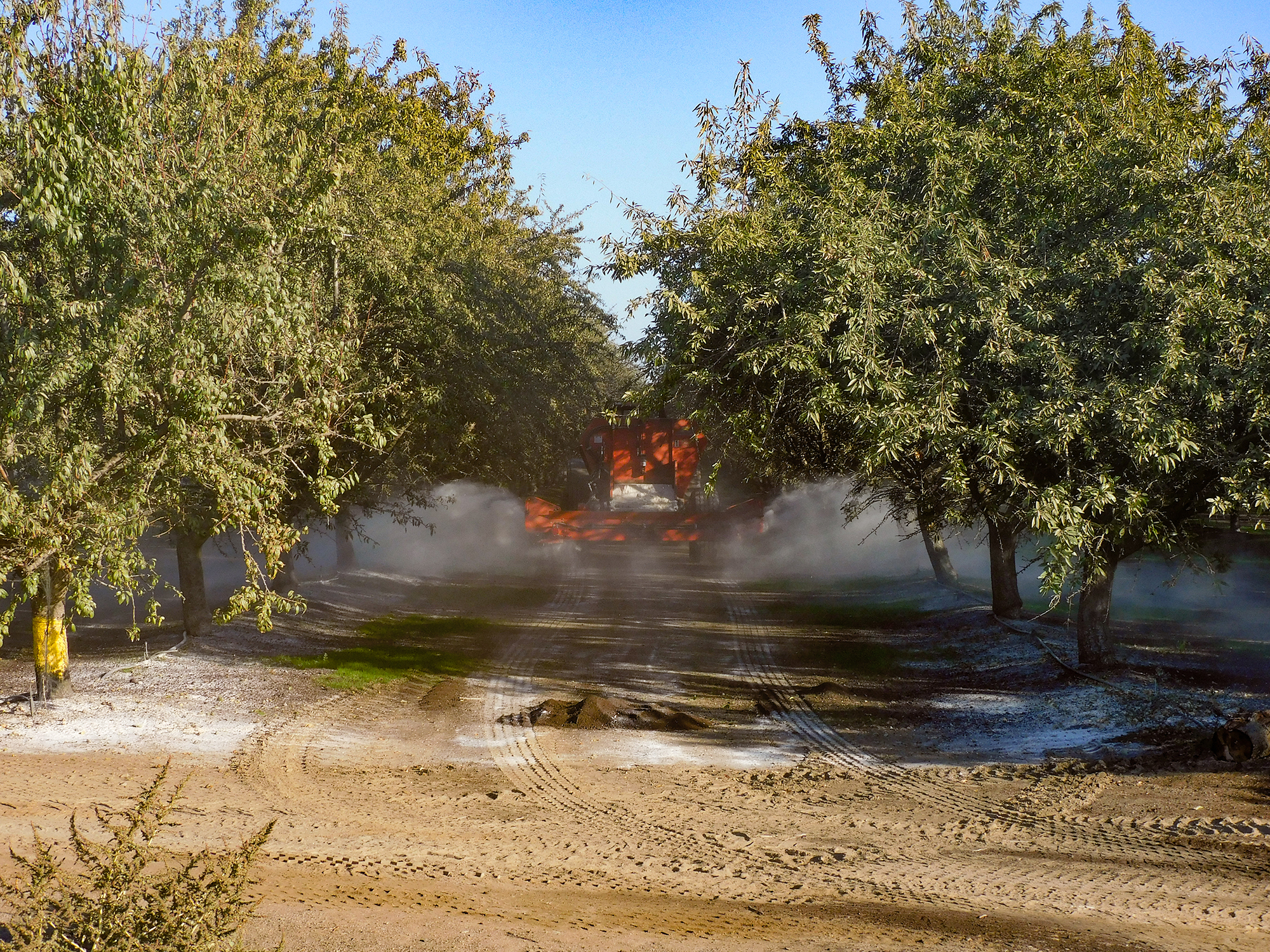 This is the final report of the 2019 crop year, covering the conditions and observations made between Monday, September 30, and Sunday, October 27, 2019. The next report will be posted on or about Monday, January 27, 2020 prior to the start of the 2020 bloom.

Mild to warm temperatures dominated the weather in all areas of the Central Valley during October, providing ample opportunities for the completion of the 2019 harvest. Daily maximum temperatures oscillated in three approximately 8-day cycles during the period, ranging from the lower 70’s to the upper 90’s. Morning lows followed a similar, but less dramatic pattern, with readings ranging from the mid 40’s to lower 50’s. Windy conditions were also a factor during the month, with wind speeds of 15 to near 30 mph hour common on the more blustery days.

Field operations of the 2019 harvest are now essentially complete. Observers are reporting that at the end of the period, just a handful of Fritz, Monterey and Butte/Padre plantings remain to have their crops picked up and that all of the crop should be in by the end of October.

Harvest operations progressed unimpeded during the period as growers moved efficiently through the various mid and late season varieties. With the completion of the harvest in each orchard, irrigation becomes the first order of business to replenish depleted soil moisture levels. Research has shown that providing ample water after harvest is critical to complete the differentiation of flower buds for the subsequent crop. After irrigation, reconditioning of the orchard floor by scraping or planing the surface, application of soil amendments such as gypsum or lime and potassium fertilizers are all prime activities. Some growers have begun pruning and brush shredders could also be observed grinding the resulting brush into “toothpicks.” Local irrigation districts will cut off water deliveries in the coming week and as this report was being prepared, growers were busy squeezing in the last irrigation of the year. Ample rainfall and snowpack provided significant run-off this year, allowing for a full irrigation season. 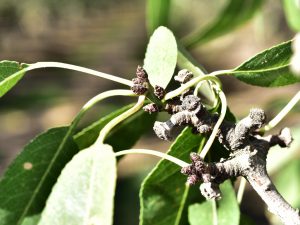 Nonpareil Buds for the 2020 Bloom

Observers are reporting that the vast majority of the state’s orchards are in good to very good condition. However, growers in Madera County experienced damaging levels of web-spinning mites in many locations, which in the worst cases led to premature defoliation. Following irrigation, some of the most severely impacted plantings have put on new leaves and in the worst cases have even displayed a few blooms.

While harvest activities are rapidly winding down, many huller/sheller operators are continuing their operations. As noted in our last report, the rapid flow of Nonpareil and Independence almonds from the orchards caused huller/sheller managers to divert significant quantities to stockpiles this year. This trend is expected to continue in future years as well. Over the coming weeks, huller/shellers will work through the previously stockpiled material. Several larger operations are forecasting that they will continue their operations into January.

Growers historically removed older, low producing orchards after harvest and worked through the fall and winter to prepare lands for replanting using dormant, bare-root trees. Today, the advent of potted trees allows growers to plant orchards year-around. Accordingly, planting operations have been an on-going activity. Nevertheless, the completion of the harvest has brought about an increase in orchard removals over the past few weeks. Over the coming months, growers will have their pulled trees ground into chips and either spread back on the ground to be incorporated into the soil or hauled away and used as fuel in co-generation electrical facilities. Roots will be removed, lands will be tilled, ripped and/or excavated to prepare the tree sites and ultimately planted to begin a new generation of orchards.

Pest management activities will also occur during the winter months as growers begin sanitizing their orchards after the start of the winter rains. Moisture is needed to loosen the mummy nuts attachment to the trees. Growers will send shakers back into the orchards to remove the mummies, then sweep them into windrows and finally destroy them using flail mowers. Orchard sanitation is a critical means of reducing the number of over-wintering Navel Orange Worm within the orchards, and an essential tool in ultimately managing this serious pest. 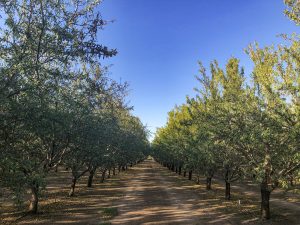 Aldrich and Nonpareil in Butte County 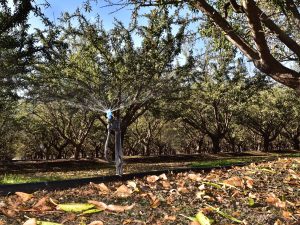 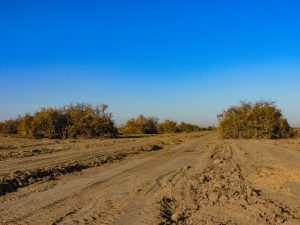 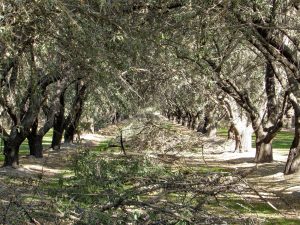 Prunings near McFarland in Kern County