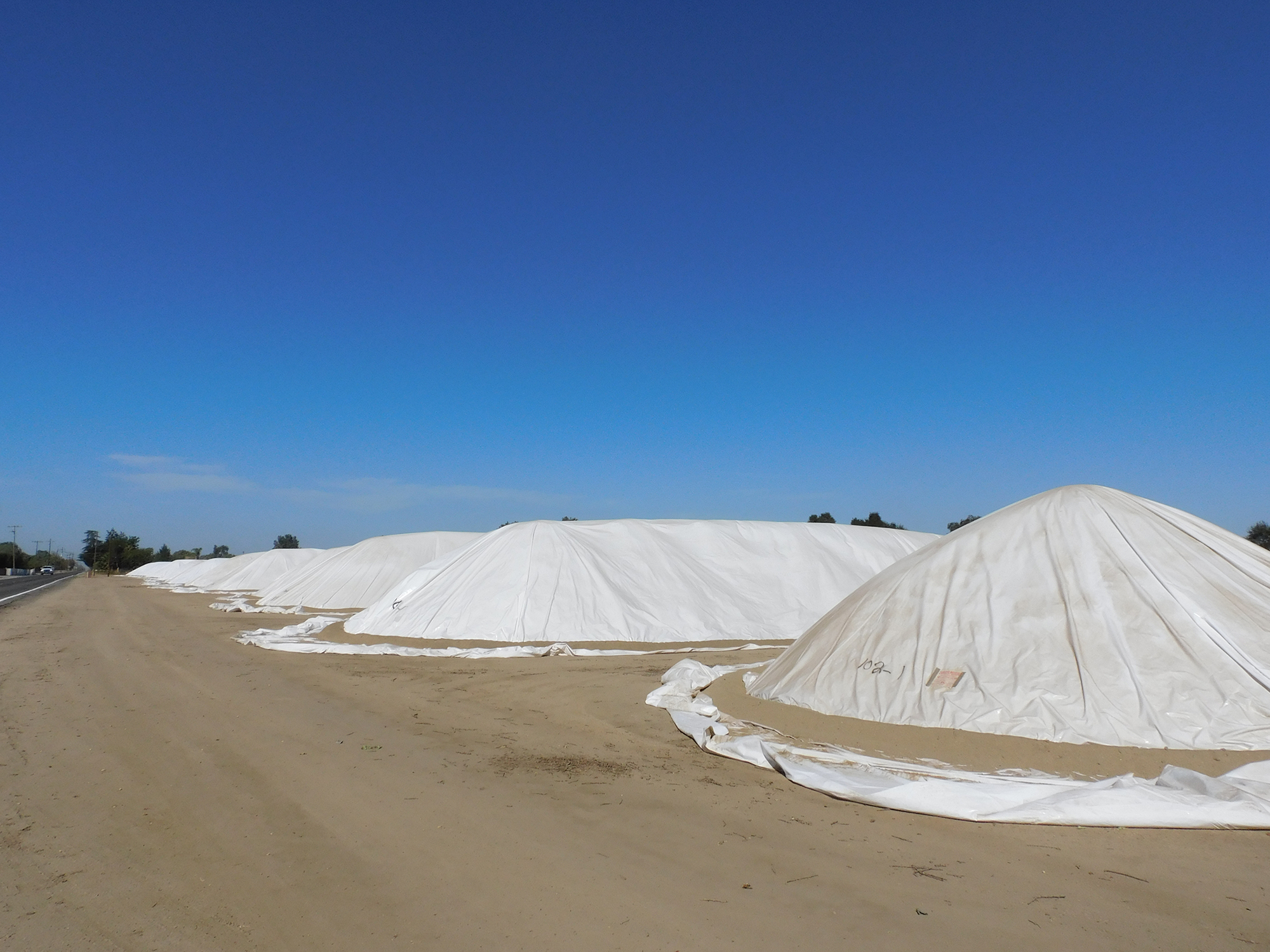 This report covers conditions and observations made between Monday, August 31 and Sunday, September 27, 2020. The next scheduled report will be posted on Monday, October 26, 2020. In the event of any significant occurrences prior to that date, this site will be updated as soon as possible.

Hot, humid conditions and heavy smoke dominated the weather in the Central Valley during September, continuing the difficult environment that impacted much of the previous month. Daily maximum temperatures were widely reported between the mid 90’s to as much as 105 degrees in all areas of the valley in the period’s opening days. Temperatures were moderated during the second week of the month by the dense smoke that intensified as new fires were ignited in the Sierra Nevada mountains. At its worst, smoke-filled skies formed an overcast, totally obscuring the sun, holding maximum temperatures in the upper 80’s and low to mid 90’s. Skies finally cleared during the last week of the month as freshening winds blew the smoke from the valley. Morning lows followed the pattern established by the daily highs, with reading reported predominately in the upper 50’s to lower 60’s, while reaching into the lower 70’s on the period’s hottest days.

Harvest operations continue in all areas of the Central Valley. Observers are reporting that all but the last few Nonpareil plantings have been harvested and that growers have been moving into their various pollinizer varieties as fast as conditions allow. Aside from the dense smoke that reduced visibilities to as low as 1.5 miles, the most notable “feature” of the weather has been the high humidity. Humid conditions and the lack of radiant heating from the sun have hampered drying of the crop after shaking. Many growers have had to leave crop on the ground for as much as two weeks, hoping to get hull moisture down to levels safe for stockpiling or to allow for adequate hulling and shelling. This has complicated pest management for many. Leaving almonds on the ground for an extended period increases the potential for ant damage. Additionally, delaying the harvest of the pollinizer varieties increases the potential for damage by the next generation of Navel Orangeworm, which began laying eggs on splitting hulls in mid-September. To this point, reject levels have been very low and all are hopeful of avoiding damage to the crop remaining to be harvested.

With pollinizer varieties continuing to develop under the influence of the high temperatures, many have sent shakers immediately back into the orchards after picking up the Nonpareil, without pausing to irrigate. Several days of brisk winds compounded the problem by knocking significant proportions of the pollinizers from the trees in many orchards. As a result, observers are reporting excessive stress levels in many orchards equipped with solid-set or micro-sprinkler irrigation systems that were unable to irrigate with crop on the ground. Naturally, for those that have completed their harvest, irrigation has become the most immediate activity.

Humidity levels have also impacted hulling and shelling operations. Huller/sheller managers all look for hulls to “snap” for the easiest removal and separation. However, this year’s humidity has made hulls more pliable, making them harder to separate from the shell and remove from the flow of product. This has adversely impacted flow rates and increased the amount of crop being diverted to stockpiles. Many of the larger huller/sheller operations have been searching for open ground to pile almonds as they arrive and have encouraged growers to stockpile on their farms. Hull moisture is also a consideration for those stockpiling crop as it is harvested. Many have had to leave piles uncovered to allow moisture to escape to protect the quality of the almonds within the piles.

For those who have completed their harvest, post-harvest activities take center stage. Irrigation, “floating” the orchard floor to smooth and re-level the surface, and the application of soil amendments have taken on increasing importance. For some, the process of removing and replacing older, low producing orchards has also begun. 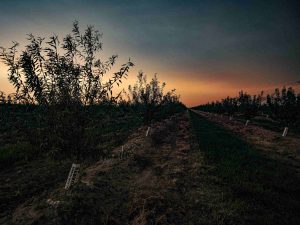 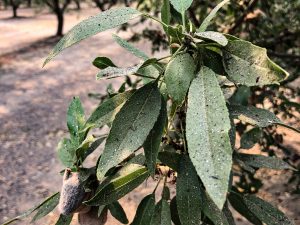 Ashes on leaves in Stanislaus County 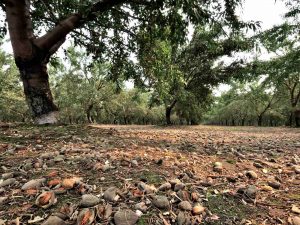 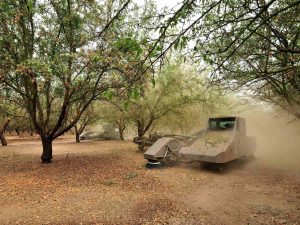 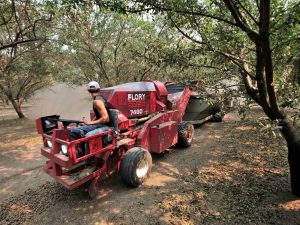 Picking up Nonpareil in Stanislaus County 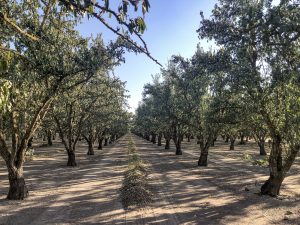 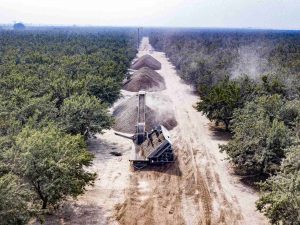 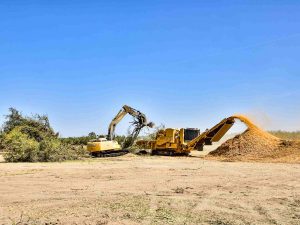