The first two photos in today’s report for the northern region show tree prunings to be shredded and the application of a dormant spray in the Chico area. The third photo shows a newly planted orchard in Williams.

Winter weather in the Sacramento Valley has been significantly cooler and wetter than last year. Temperature levels have provided more adequate chilling hours than we received last year. Numerous storms have brought much needed precipitation and snowpack to the region, both totaling above-average levels for this time of year.

Trees are beginning to wake up in the northern region and buds are beginning to swell in early blooming varieties. There has been no observed emergence of green tissue from the buds to date. Green tips are expected to start presenting through the buds next week. Truckloads of bees are still arriving from out of state and bee keepers have begun to place hives in orchards. Bee keepers in the area are optimistic about their bee quality though a few have suffered some losses going into the season.

Pre-emergent herbicides have been applied to the tree rows to help control weed growth, and winter applications of fertilizer were applied in between storms. Wet weather made removal of mummy nuts difficult in places as growers had to wait for fields to dry out before they could get their equipment into the orchards. Growers are now anxiously awaiting the start of bloom and speculating on how well Mother Nature will cooperate. 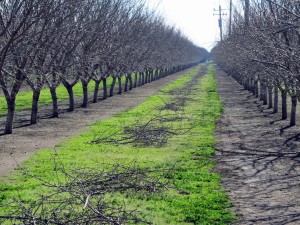 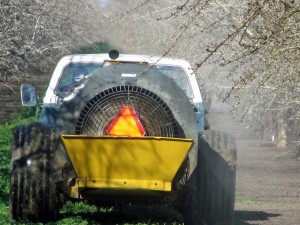 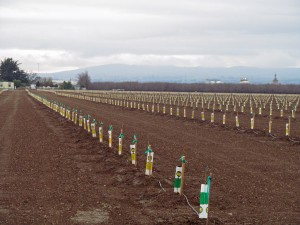