Our photos for the northern region present the early hull split of the Nonpareil in the Woodland area of Yolo County, followed by the maturing Carmel and an orchard under irrigation in the Chico area of Butte County.

The final weeks of Spring brought warm, but comfortable temperatures to the Sacramento Valley. However, Summer arrived forcefully in the region as temperatures rapidly rose to and above 100 degrees in the second half of the period. Daily maximum readings declined slowly from the mid and upper 90’s at the start of the period, dipping into the mid 70’s by mid-month. Readings then climbed rapidly back to near record levels for the balance of the period, with only a slight moderation to just below 100 degrees in time for the Fourth of July holiday weekend. Morning low temperatures reflected the daytime heat, with readings reported in the upper 50’s to mid-60’s.

Observers are reporting that hulls of the Nonpareil and Independence varieties have begun splitting in advanced plantings along the west side of the Sacramento Valley. With the start of the harvest scheduled to begin within a few weeks, growers have been very busy working to prepare their orchards. The higher temperatures experienced over the past few weeks increased water requirements at a time where many growers were also working to manage moisture levels in an effort to control fungal infections on the newly split hulls. Complicating matters, growers have also begun hull split treatments to control Navel Orange Worm and bait applications to control damaging species of ants on the orchard floor; both operations require a dry, firm orchard floor. Growers have also been mowing vegetation within the orchards, a continual activity during the growing season that grows more critical as the harvest approaches.

Observers have reported that growers are anticipating that shakers will begin the harvest in the first, most advanced plantings along the west side of the region during the week of July 17th. Harvest operations in other areas of the region will most likely begin around August 1st. Huller/sheller operators are also preparing for the harvest, assembling and cleaning their equipment. 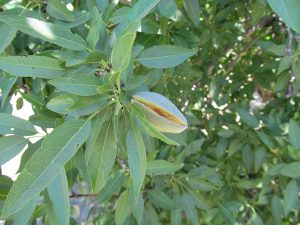 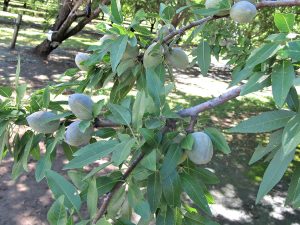 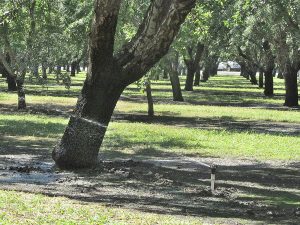