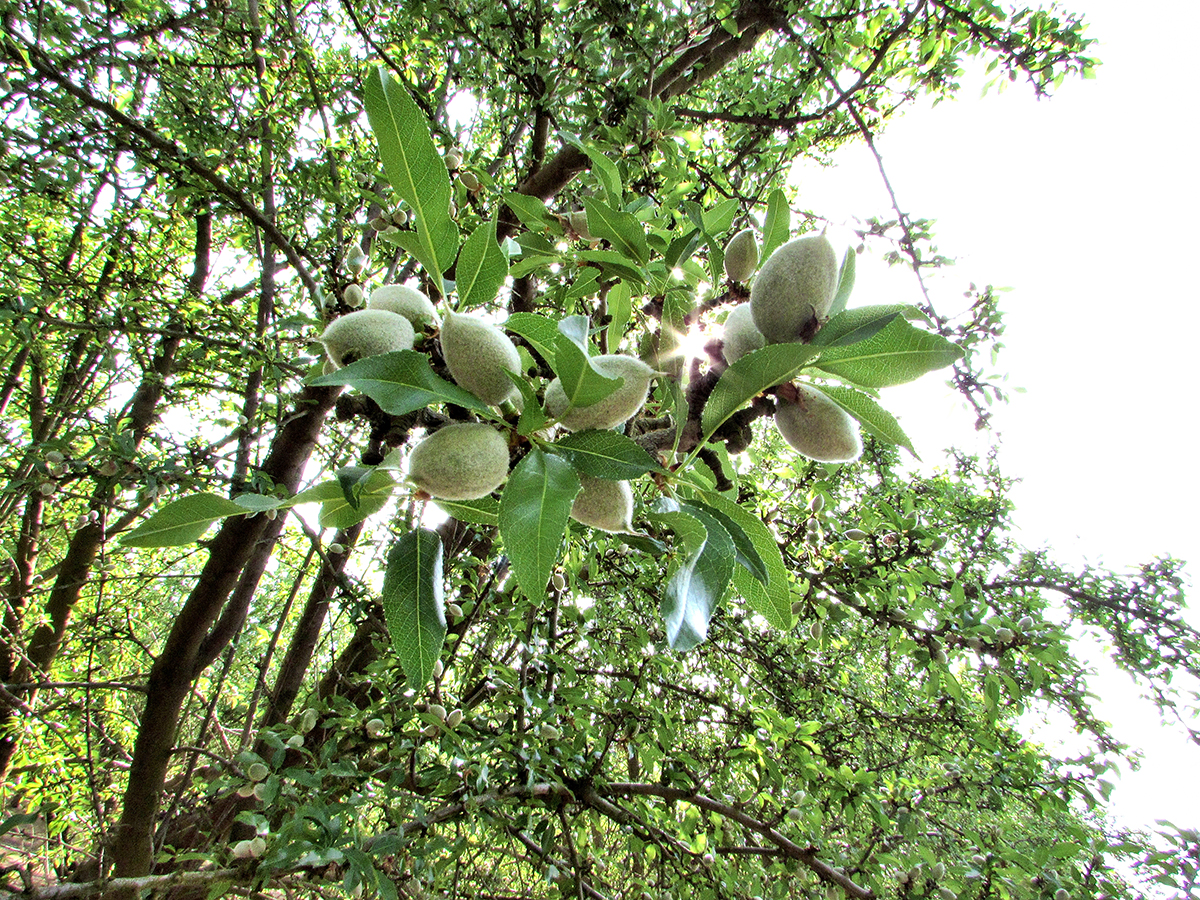 Our photos for the end of the winter season show the developing nuts of the Fritz variety in Kern County, a wide shot of the Monterey near Firebaugh, in western Fresno County and the continuing work on a growers well in Madera County.

The final weeks of winter brought brief rainfall and rising temperatures to the southern region. Rain swept over the region on the first day of the period and returned on the 11th through the 14th. While the rainfall missed most of the region, wettest locations in Madera and Fresno Counties received as much as 1.5 inches of precipitation. Temperatures exhibited an upward trend during the period, pausing only briefly during the mid-month storms. Readings briskly climbed from the mid 50’s at the start of the period, reaching as high as 80 degrees with only a brief pause as the mid-month storms passed over the valley. Meanwhile, morning minimum readings remained steadily in the 40’s, with only brief forays into the upper 30’s on the coldest mornings.

The crop in the southern San Joaquin continues to develop aggressively, driven ahead by the warm temperatures that have dominated through the bloom and post bloom period. Observers have reported that the nuts in all varieties have broken free of their jackets and are growing rapidly. Many have noted that the growth rates have produced nuts that are much larger than would be expected for the date. Growers have noted a higher proportion of nuts shedding in recent weeks, no doubt increased by the winds that accompanied the mid-month storms. Wind speeds from 10 to 20 mph were reported, which has helped to scrub spent jackets and unpollinated nuts from the trees.

Growers are working to support the developing crop. Fertilizer applications have been going on throughout the region and growers with privately owned wells have begun irrigations. As may be seen in the accompanying photo, growers continue to work on their wells in order to provide water to the crop. Growers are also mowing weed growth within their orchards and monitoring the crop for signs of the Leaf-Footed Plant Bug, which can kill nuts through their feeding. 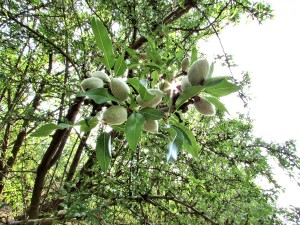 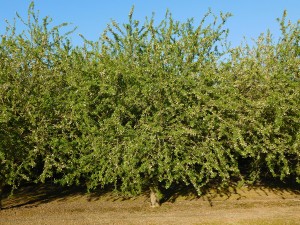 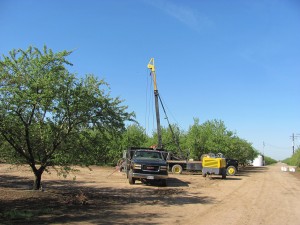