Taken in Colusa County, this report’s photos for the northern region present an example of sub-surface drip irrigation, the characteristically heavy nut set of the Monterey and a stockpile of Nonpareil waiting to be shelled.

Growers in the Sacramento Valley enjoyed slightly cooler conditions than those in the San Joaquin during August. However, temperatures were still more than adequate to propel the crop towards harvest. While daily maximum temperatures reached to or above 100 degrees on several days during the period, the vast majority of readings were reported in the lower 80’s to low and middle 90’s. Meanwhile, morning low temperatures were widely reported between the lower 50’s to lower 60’s throughout the period.

Harvest operations in the northern region are progressing at what some have referred to as a “record pace”. Observers along the west side of the region have reported that shakers, sweepers and harvesters have moved quickly through the Nonpareil variety, with approximately 90% of the acreage already out of the fields and delivered to huller/sheller operations throughout the region. After a slight pause to irrigate, machinery has been sent back into the orchards to begin the harvest of the various pollenizer varieties, with all but the late harvesting Fritz now being shaken. Meanwhile, growers in the region’s northern areas have reported a slightly slower pace of activity, with moisture and humidity levels reportedly slowing the drying process in the fields as well as the pace of hulling and shelling.

Growers have been reporting that Nonpareil yields are running, on average, below last year’s levels. Some have noted that rapid progression of the 2016 bloom, coupled with drying north winds as the possible reason for the lower production levels. A significant number of growers have reported yields from 10% to 20% below 2015 levels, with the greatest reductions reported as high as 30%. Fortunately, reject levels are running below last year, a year when Navel Orange Worm caused significant losses after drought conditions reduced grower’s ability to reduce overwintering insect populations. Wetter conditions this past winter helped grower reduce the overwintering population, an important aid in holding damage to more tolerable levels.

Some growers are fighting increasing populations of web-spinning mites, which, when combined with infections of Scab and Rust have caused some degree of defoliation. While late in the season, excessive defoliation can reduce tree vigor and potentially impact the 2017 crop in the most severe cases. 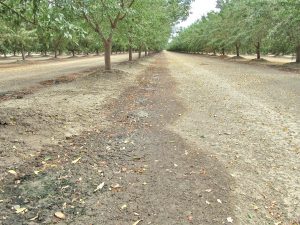 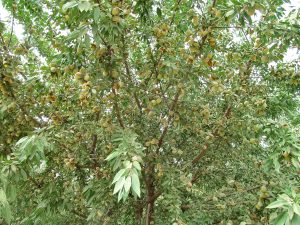 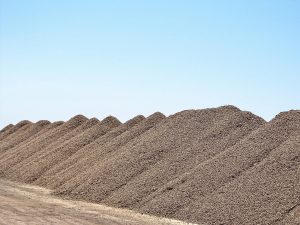