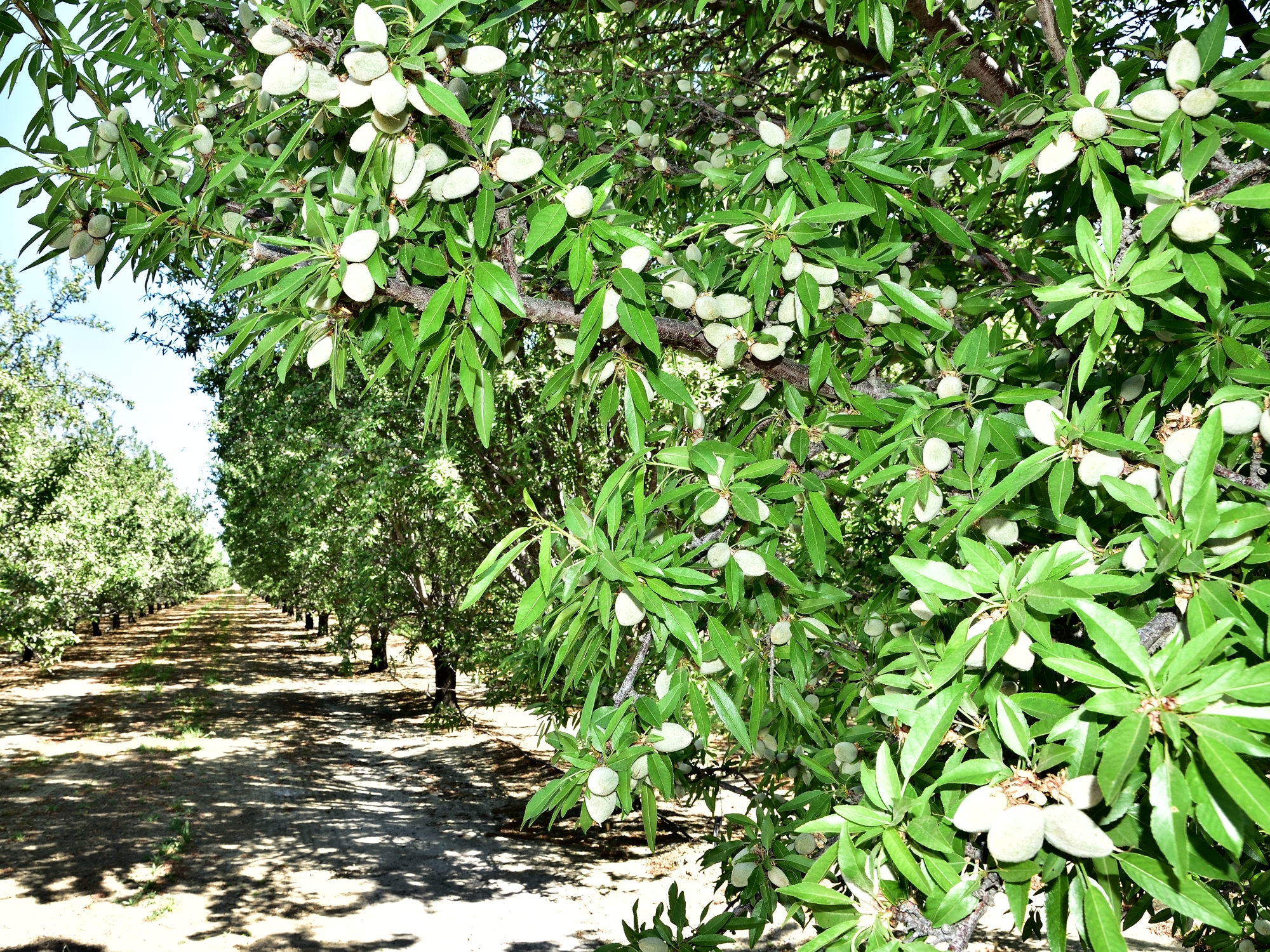 Early spring weather brought variable, but rising temperatures to California’s Central Valley, providing orchards in all areas with opportunity to dry out following the weeks of rain during the bloom. Daily maximum temperatures were reported predominately in the upper 60’s to lower 80’s for much of the period, with readings dipping into the lower 60’s at mid-month as a brief weather system passed over the state. However, by the end of the month temperatures turned to summer-like levels as readings rose into the lower 90’s, setting new daily records in several areas of the valley. Morning lows reflected the daily highs, ranging between the lower 40’s and lower 50’s as the period began, and rising to the upper 50’s by the end of the month.

As previously noted, weather during the month provided much better conditions, compared to very wet weeks experienced during the bloom. However, April was not without rainfall. Weather systems as the period began and again at mid-month dropped as much as one-half inch throughout the valley, with one station in the Butte County community of Durham reporting over an inch of rain during the month. Several days of winds, with speeds from 10 to 15 mph helped to scrub jackets from the trees, reducing the potential for fungal development. However, strengthening winds, approaching 30 mph on the most vigorous days also stripped viable nuts to the ground and blew trees over in many areas.

Rising temperatures and windy conditions increased water consumption during the period, heralding the start of the 2019 irrigation season. Growers south of the Sacramento/San Joaquin Delta receiving water from the federal Central Valley Project have seen their allocations set at 65% of contracted amounts. Allocations for those north of the delta have been set at 100% of contracted amounts, while growers drawing from the State Water Project will receive 70% of contracted amounts. Owing to the substantial snowpack in the Sierra Nevada watershed, growers serviced by local irrigation districts along the east side of the San Joaquin are expected to receive full allocations this year. Early in month, some growers noted that while they did not need to irrigate, they had chosen to run enough water through their irrigation systems to also apply fertilizer materials needed to support the developing crop. However, the windy conditions and warming temperatures inspired nearly all growers to provide their orchards with additional water in the latter half of the month.

Observers are reporting that orchards are in good to excellent condition. Growers have been busy irrigating, fertilizing and mowing excessive vegetation within and around their orchards. Some growers in the southern San Joaquin Valley have had to treat to control Leaf-Footed Plant Bugs and many are monitoring their orchards as populations of web-spinning spider mites start to build. Growers will also be watching populations of Six-Spotted Thrips, a prime predator of spider mites that are capable of suppressing mite populations, delaying or eliminating the need to treat.

Across the valley, growers have been monitoring pheromone and egg traps designed to attract adult Navel Orange Worm, NOW. In plantings where mummy shaking was difficult or impossible this winter, some have opted to treat NOW populations as they emerge from the mummy nuts and lay eggs for the next generation.

Observers are reporting quite a bit of variation in apparent crop yields. Orchards and varieties with the heaviest crop loads have begun the normal process of shedding nuts that the trees are unable to carry to maturity. Best crop potential is reported in the southern San Joaquin, which experienced the best weather during the bloom. In the northern San Joaquin, quite a few growers are reporting yield impacts from Bacterial Blast, particularly on sandier soils. While crop levels are more problematic in the Sacramento Valley, where growers endured very adverse conditions during the bloom, good to excellent crops can be found in all areas of the Central Valley. 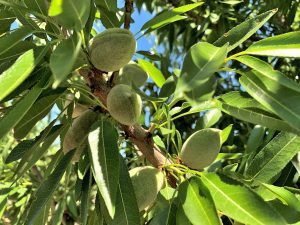 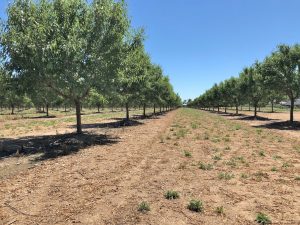 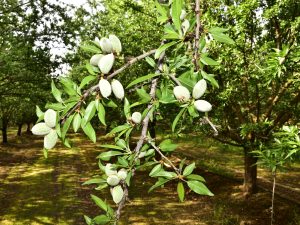 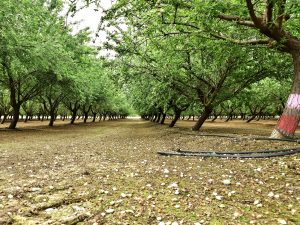 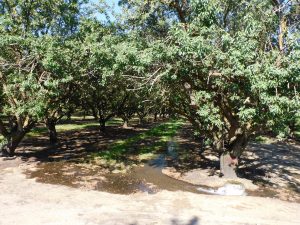 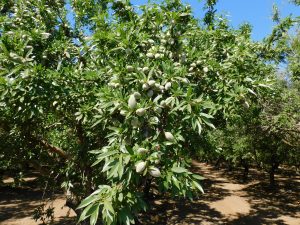