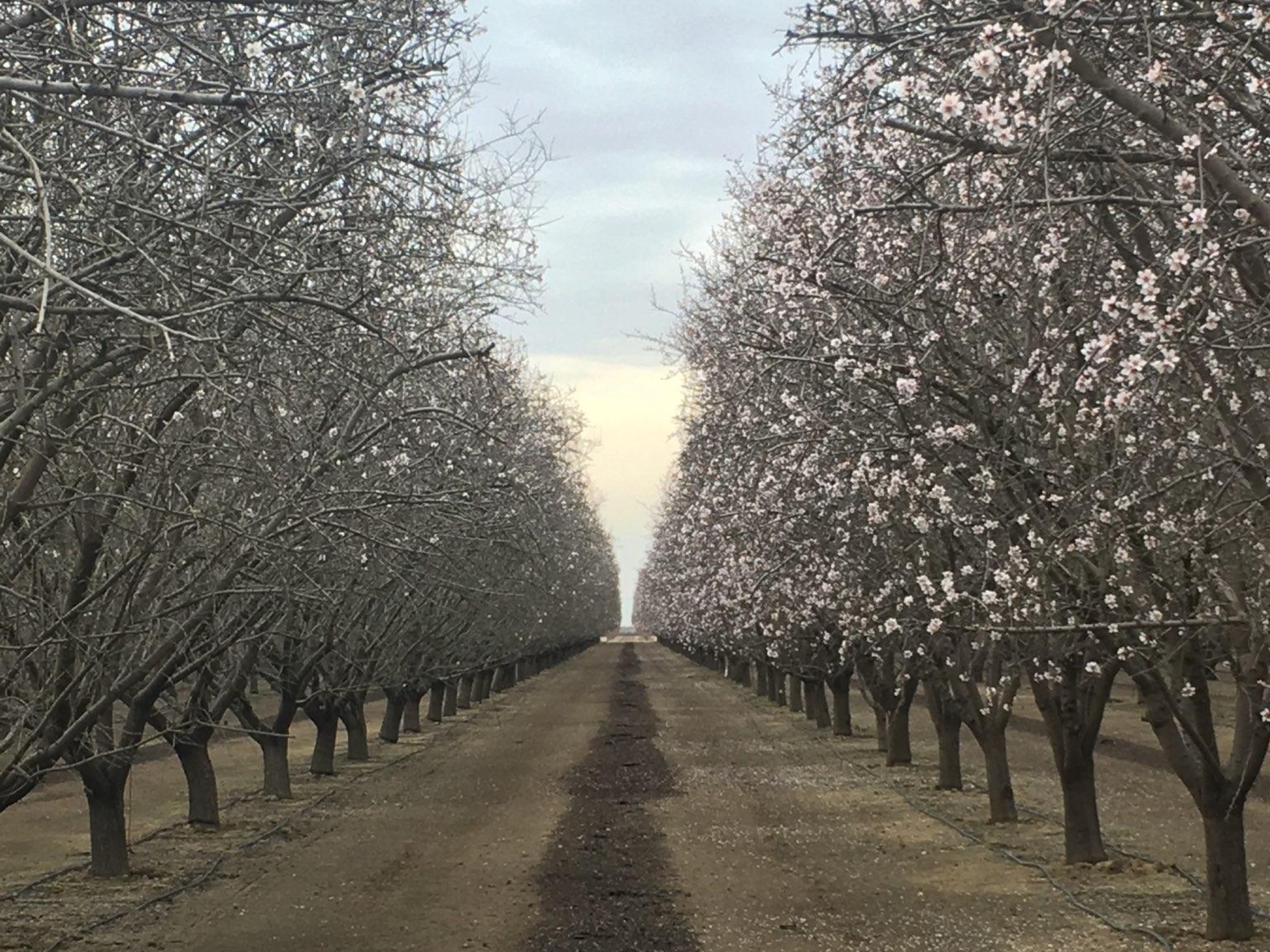 Monday and Tuesday saw no relief from the cooler weather as bloom progression continues to crawl along. Nonpareil orchards across California are just beginning to have viable flowers open that are ready for pollination. At the same time there have been a large percentage of buds with petal tissue showing since Sunday that have not yet opened. The same can be said for Monterey and California type pollinizers. Carmel at this point is a few days behind, while petal tissue is just beginning to show in the late blooming Butte and Padre orchards. Early blooming varieties like Sonora and Avalon have close to 20% of their flowers open and ready for pollination, but it has been almost a week since the first open flowers were seen in those varieties.

Cool temperatures and low bee flight were the theme for Monday and Tuesday as most of the almond growing regions stayed under 60 degrees. The cool temperatures combined with some breezy conditions on Monday and overcast skies on Tuesday made for poor bee flight on both days with very little pollination occurring. Fortunately, there are still very few flowers ready to pollinate.

First treatments for bloom time diseases began on Monday as some growers tried to make their applications before a predicted storm on Wednesday. Others have made arrangements with crop dusters just in case their ground is too muddy for a tractor. Final deliveries of bee hives are being made and it looks like most growers will have the bees they need. 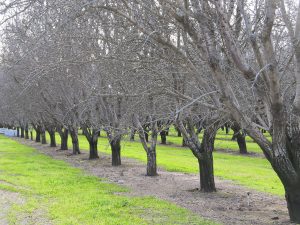 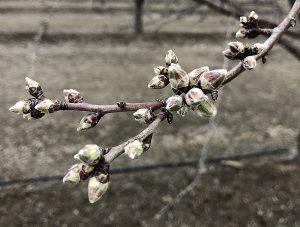 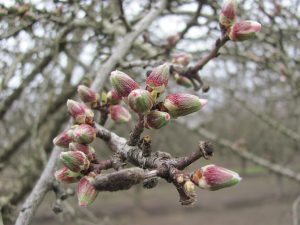 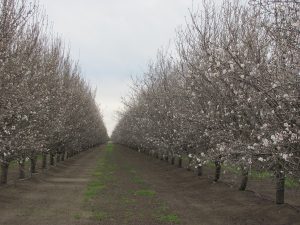