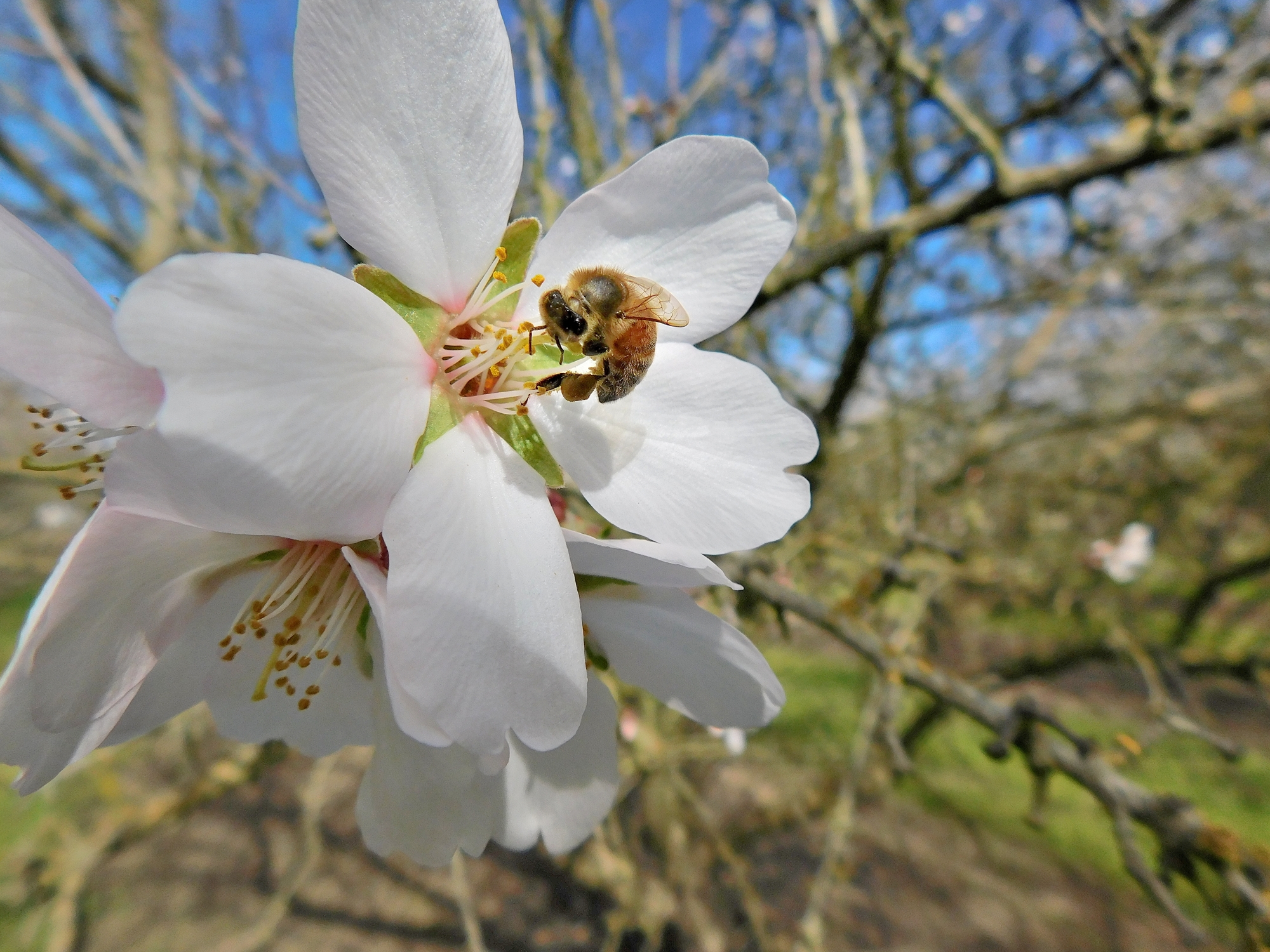 Bloom is progressing at a steady pace throughout the state. The central region is a day ahead of the northern region. Progression in the southern region, from Madera and south, is about four or five days behind the central. However, the southern region appears to be more consistent, both in terms of bud set and bloom stages, than the north and central. In those areas bloom progression, in the early blooming varieties, has varied greatly within each individual orchard. Within the same row of trees it is possible to see 40% open flowers at one end, and 5% open flowers at the other. Consistency is better within orchards in the southern region. Late blooming hard shell varieties appear much more consistent within the orchards and appear to have nice overlap throughout the state. Except for the Independence variety bud set in general is down in the early bloomers across the state, but growers remain optimistic.

“I’m hopeful,” said Durham grower Robert Kidd. “We know it’s not like last year but it’s decent and the warmer weather next week should help.”

Kidd is acknowledging the fact that there is not a record setting bud set like last year, but there is still potential for a solid crop. Weather next week will play a big factor in how many of those buds get pollinated. This last week saw cooler temperatures and couple of days of high winds. Skies were mostly clear after the beginning of the week. When it wasn’t too windy bees were working. While cooler temperatures have slightly reduced the number of hours they work, they have been able to work at least four hours or more each day. With warmer temperatures forecasted for next week, early bloomers are expected to reach peak bloom early next week in the north and central.

Beekeepers are largely done placing hives in fields. Most growers are holding back on their first fungicide application as disease pressure has remained low and growers look for ways to reduce expenses under current market conditions. Irrigation has begun in places where growers have access to water to ensure a full moisture profile when leaves start emerging. 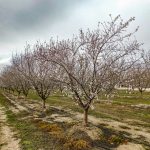 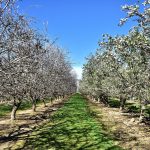 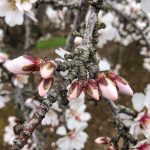 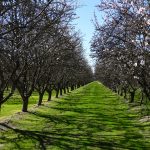 Nonpareil and Fritz in Madera County