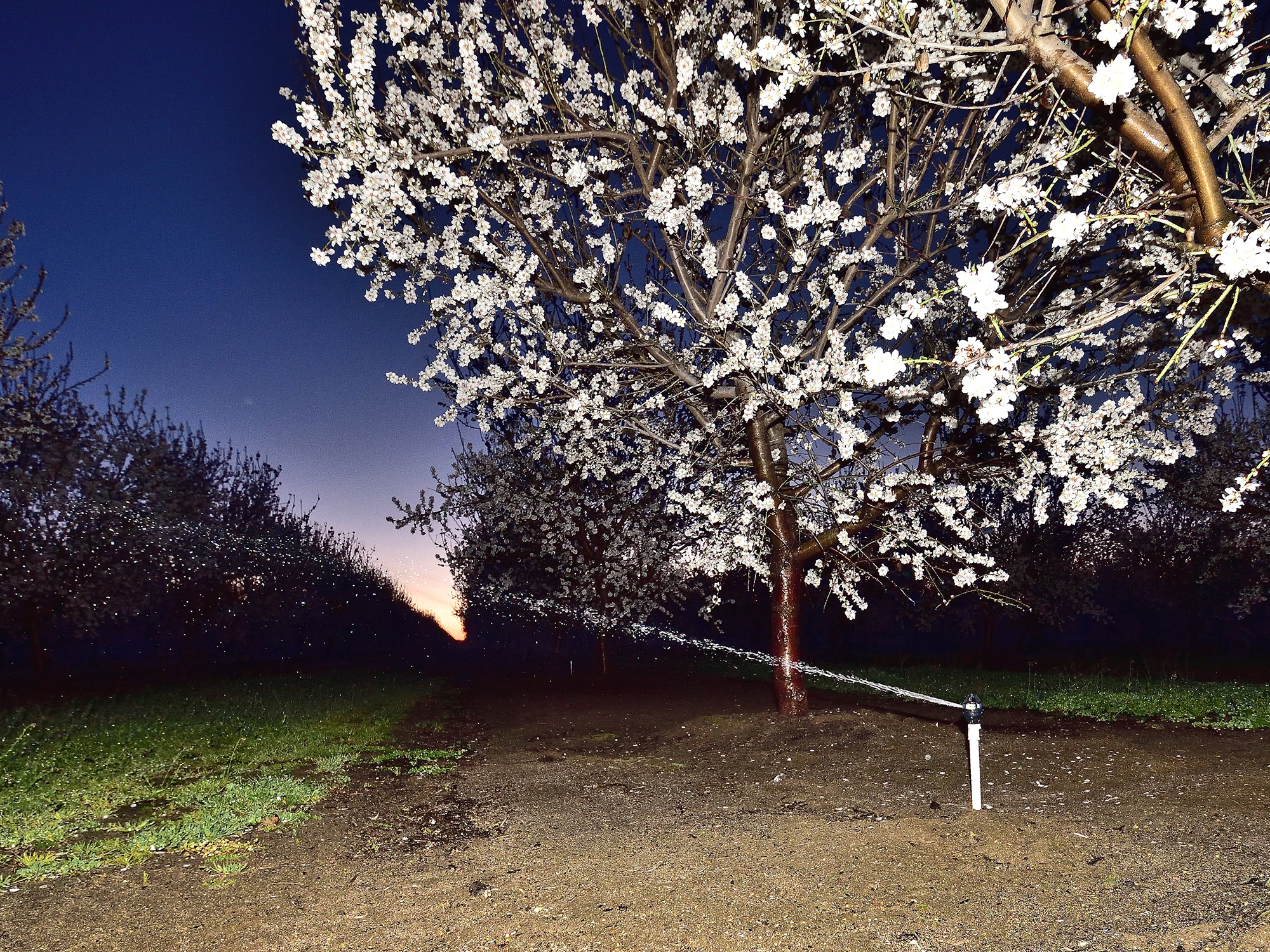 Frigid temperatures were reported throughout the Sacramento and San Joaquin Valleys on Monday, February 19th and Tuesday, the 20th as a cold and comparatively dry air mass moved into the state from Canada and Alaska.

Coldest temperatures on Monday were reported in the Sacramento Valley where readings dipped into the mid 20’s in areas of Glenn and Butte counties. Meanwhile, readings in the San Joaquin Valley ranged between 27 and 33 degrees.  Winds of 10 to 25 mph during the day on Monday helped to drop dewpoint levels into the teens and twenties by nightfall, setting the stage for even lower overnight temperatures on Tuesday morning and increasing the area impacted as the cold air traveled southward. 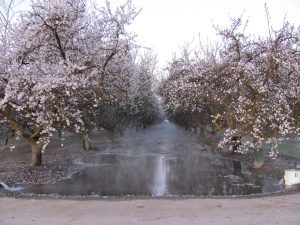 Temperatures on Tuesday dropped below freezing by midnight in many locations. Given the low dewpoints, there was little to buffer the lowering temperatures and readings continued to drop during the early morning hours, reaching into the mid and upper 20’s by 3 a.m. in the coldest locations. By sunrise, minimum values were reported as low as 23 to 25 degrees in many areas of the valley, with isolated areas along the east side of Stanislaus County reported as low as 19 degrees. Growers with water available from private wells were generally able to hold temperatures in the range of 28 to 33 degrees. However, local irrigation districts have not yet filled their systems, and growers who rely solely on these districts have very few options for frost control. Some growers in the northern Sacramento Valley brought in helicopters, in the hopes that an inversion layer, warm air overlying the orchard, could be blended into the orchard to increase temperatures, providing some means of protection. However, Tuesday’s inversion was quite weak and in at least one case, temperatures dropped to as low as 25 degrees even with aircraft flying over the orchards.

As shown in the photo accompanying this report showing the burned nutlets, some level of damage has been sustained. However, at this time it is very difficult to determine the level of losses with any degree of confidence. At the current stage of development, orchard temperatures below 28 degrees for as little as 30 minutes can damage tissue. As noted above, minimum temperatures on Tuesday morning lasted for several hours. Temperatures are also forecast to drop to potentially damaging levels in the coming days, with readings of 21 to 28 degree predicted for Saturday, the 24th. Thus, additional damage may be incurred and we will be assessing the situation over the coming weeks.

The comparatively cold daytime temperatures also impacted bee activity and the rate of bloom development. Observers reported that the bees remained in their hives until mid-day in many areas of the valley, resulting in 2 to 4 hours of poor to fair activity on both Monday and Tuesday in all areas of the Central Valley. 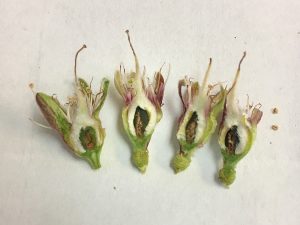 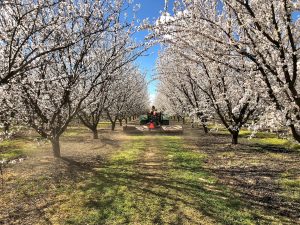 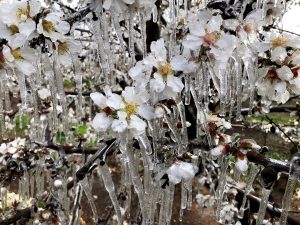 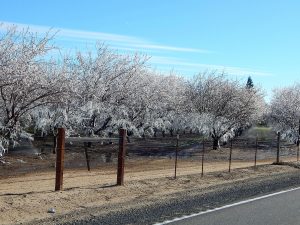 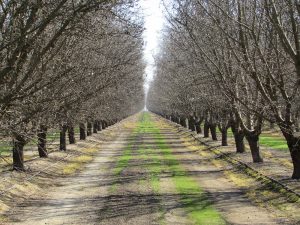