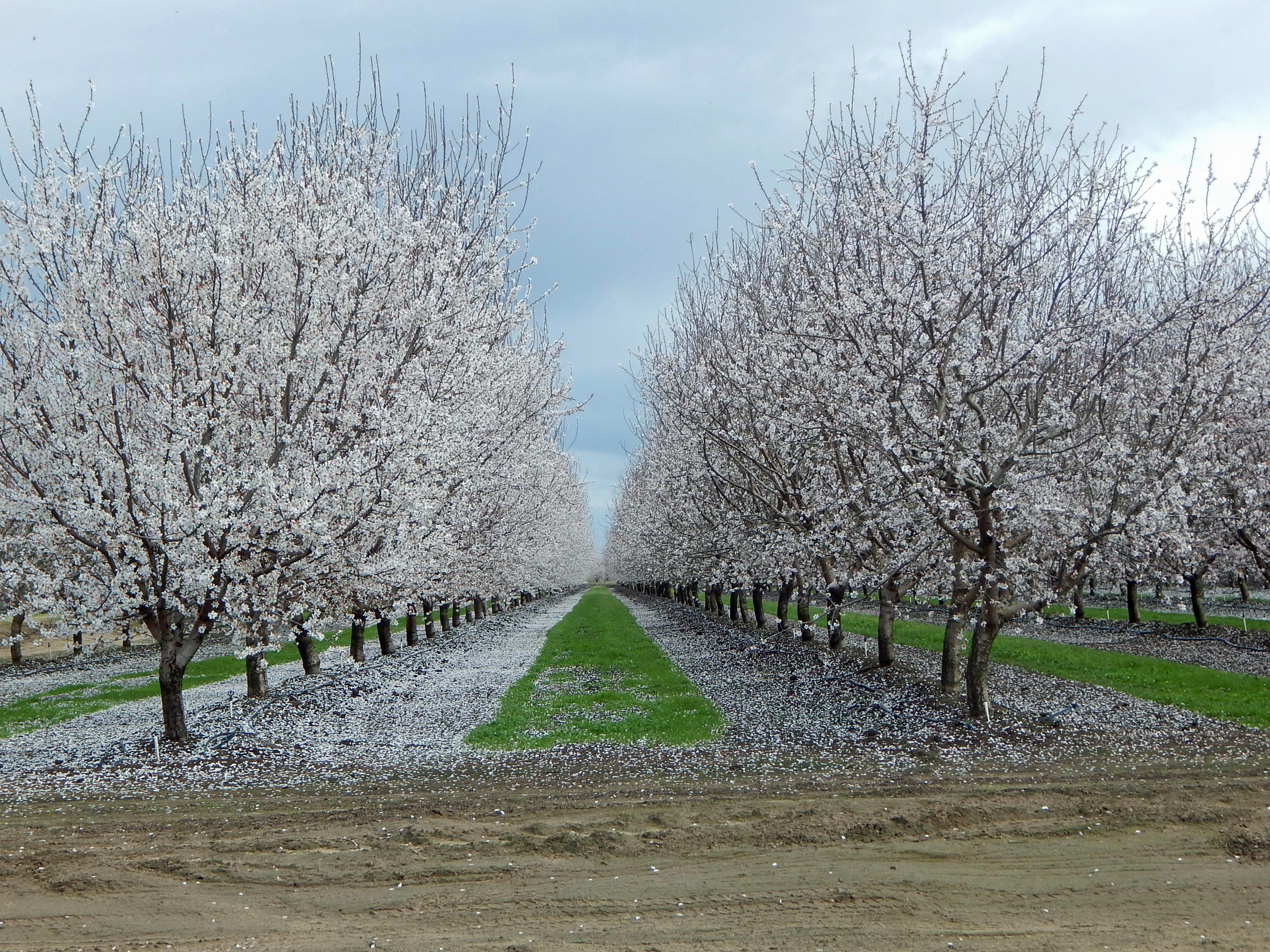 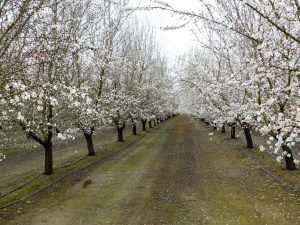 Bloom is reaching its peak numbers of open flowers through the state. The southern region is leading the way as Nonpareil, California-type pollinizers, Carmel, and Monterrey have all reached their peak number of open flowers. Bloom in the northern and central regions continue to trail the south by a day or two and is expected to peak in the coming days. Throughout the state, Sonora is dropping petals roughly two days ahead of Nonpareil, while Butte is 3 to 4 days behind. The late blooming Padre is now lagging two to three days behind Butte in all regions. Wind and rain events associated with recent storms have accelerated the rate of petal fall in nearly all varieties. Weather forecasts throughout the state are calling for a break in the rain through the weekend, and growers are hoping that conditions will allow for a few days of strong bee activity.

Equipment access into orchards continues to be limited due to additional rainfall on well saturated ground. Aerial fungicide applications continue to be utilized where available. With the dry weather forecasted through the end of this week, many growers are welcoming a window of opportunity to get into orchards for a second round of fungicide treatments toward the end of the week. 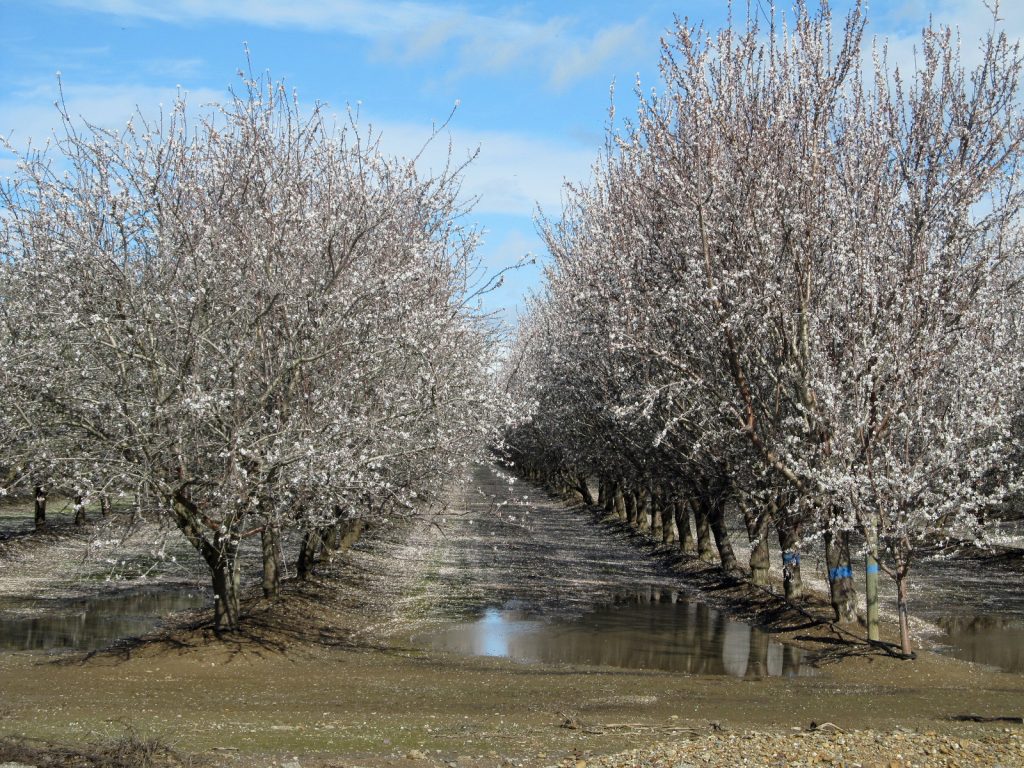 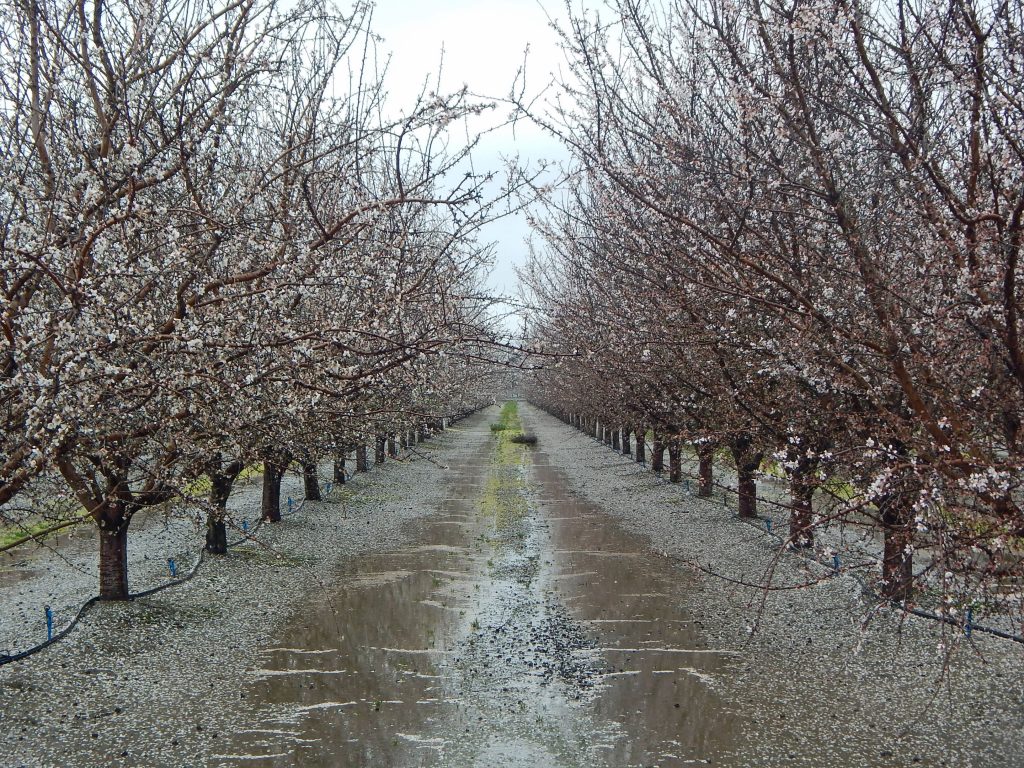 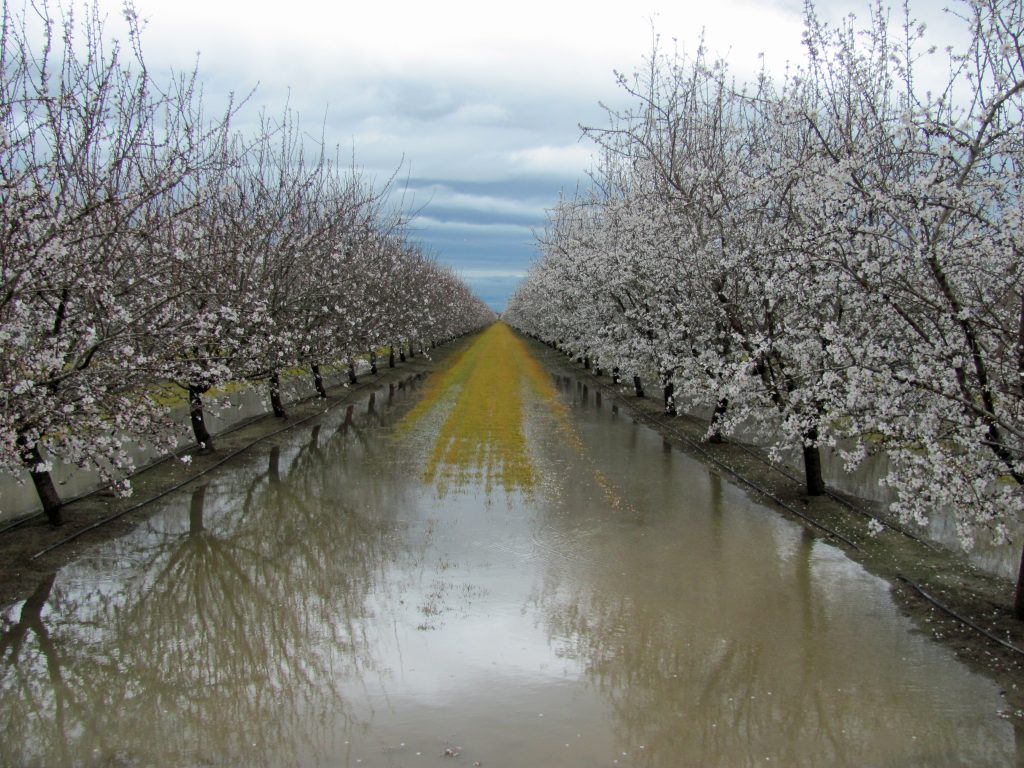