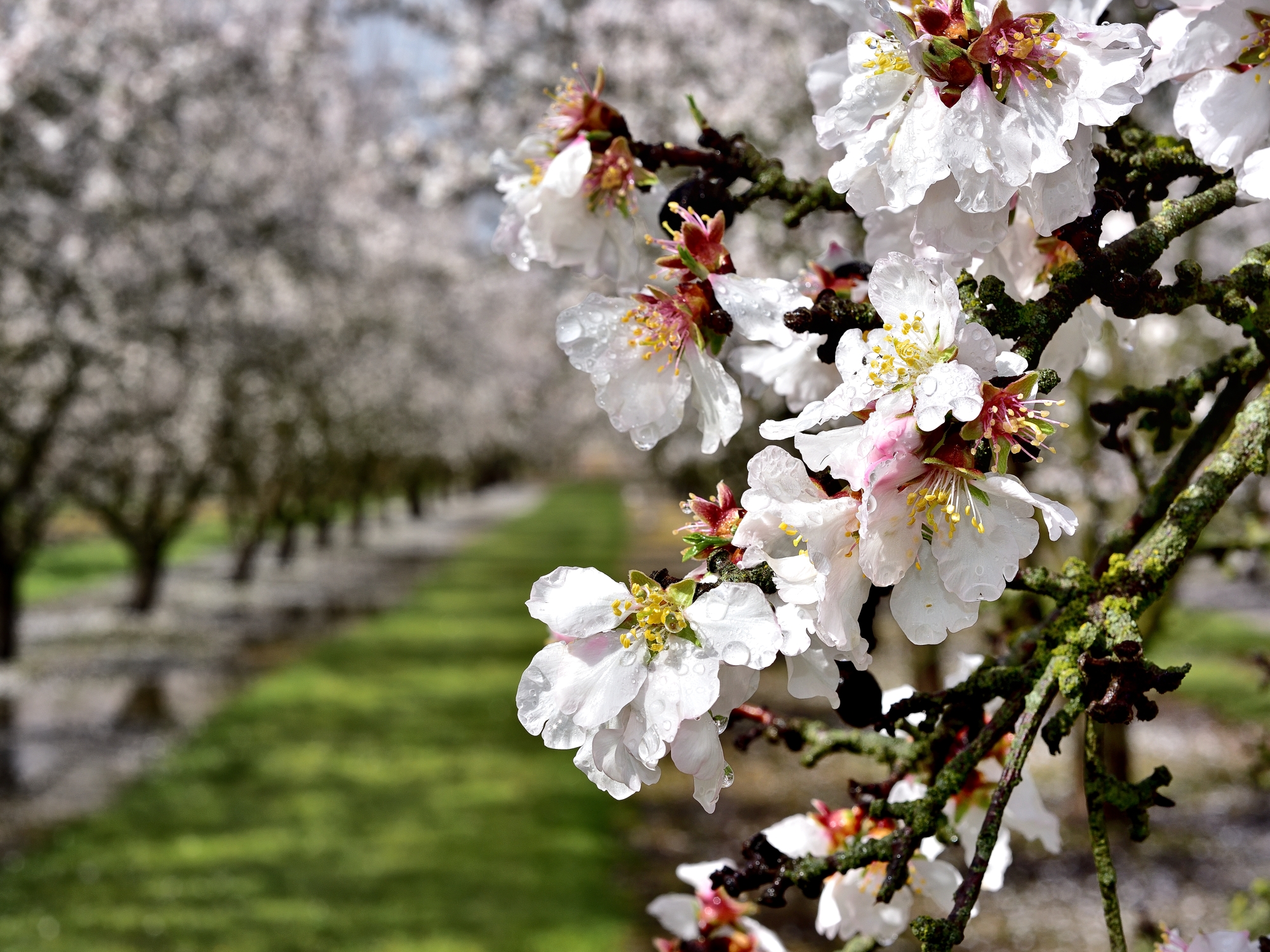 High winds and stormy weather moved petal fall into high gear throughout the state. In the Sacramento Valley Nonpareil, Monterey, and all California type pollinizers achieved their peak number of open flowers over the weekend with just under 75% ready for pollination. Carmel is two days behind and has not peaked yet. Butte and Padre in the northern district are still under 50% open. In both the northern and southern San Joaquin Valley, orchard floors are white with petals. Every variety with exception of Butte and Padre have 50% or fewer viable flowers remaining. Leaf tissue is beginning to emerge in some earlier blooming varieties. Higher temperatures have spurred on the Butte and Padre bloom with both varieties expected to achieve peak number of open flowers in the coming days. With bloom staring to wrap up, growers are beginning to assess their total bee hours.

“Even though our total bee hours were below average to date, I think we had enough hours to set a crop,” said Hickman area Blue Diamond Grower Dave Richmond. “How big the crop will be remains to be seen.”

Though Richmond farms mostly on the southeast side of Stanislaus county in the foothills, his sentiment has been echoed throughout the central district. While stormy weather has made it more difficult for bees to fly, there has been some level of activity everyday in the region. It is too early to tell what the crop potential could be, as post bloom weather for the next month will play a large roll in what hangs on the tree.

Highs and lows throughout the state were about 10 degrees higher on average than when bloom started a couple of weeks back. Even with the storms bees were able to work as soon as the rains stopped and the pollen dried. Winds blew just enough to assist with drying the pollen and it was not uncommon to see bees in an orchard within an hour after rain stopped. Except for Sunday in the Sacramento Valley, which had about 1 hour of poor flying conditions, every district managed at least 3 hours or more of activity Friday through Sunday. 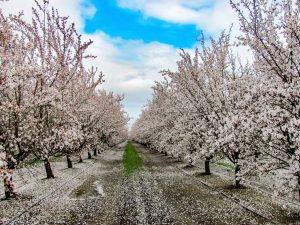 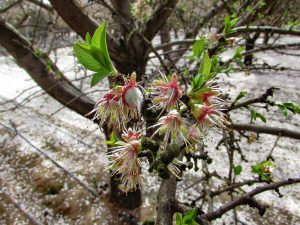 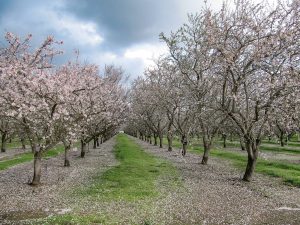 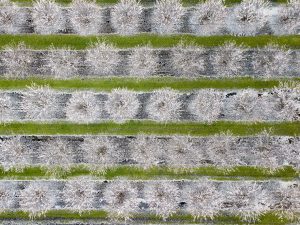