The USDA released its 2016 California Almond Crop Objective Estimate, projecting a crop of 2.05 billion lbs. The estimate was based on the 900,000 bearing acres released in April, resulting in a projected yield of 2,280 lbs./acre. 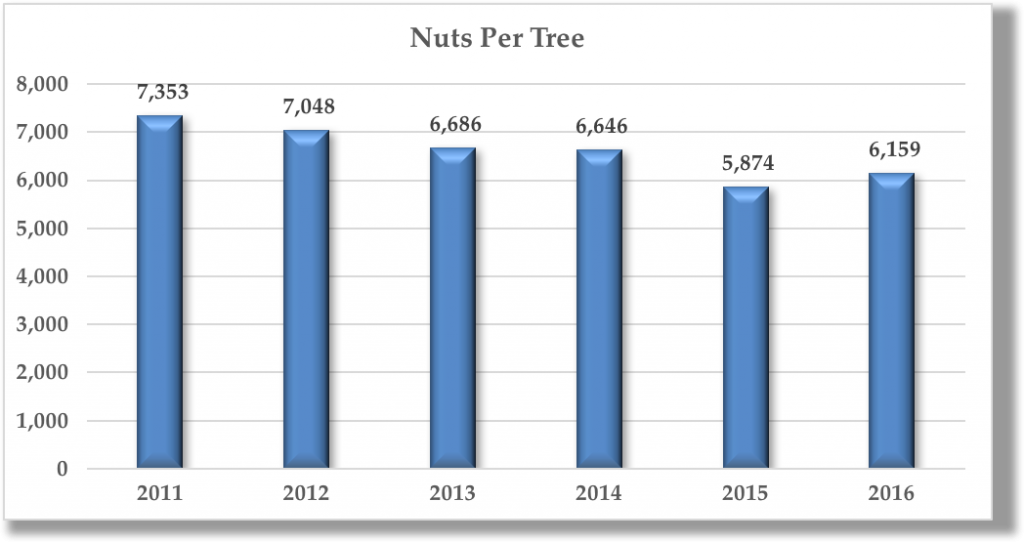 The outlook for the 2016 crop has been in the 2.10 to 2.15 billion lb. range in recent weeks. The Objective Estimate reduces risk that the 2016 crop is above that range. With the 900,000 bearing acres representing a trailing indicator, perceptions of the crop will remain largely unchanged. Pricing on current and new crop has been in a relatively tight band, and is likely to remain that way for the foreseeable future. The moderate increase in projected supply bodes well for more stable pricing and a more predictable environment as the 2016 crop is harvested and sold.