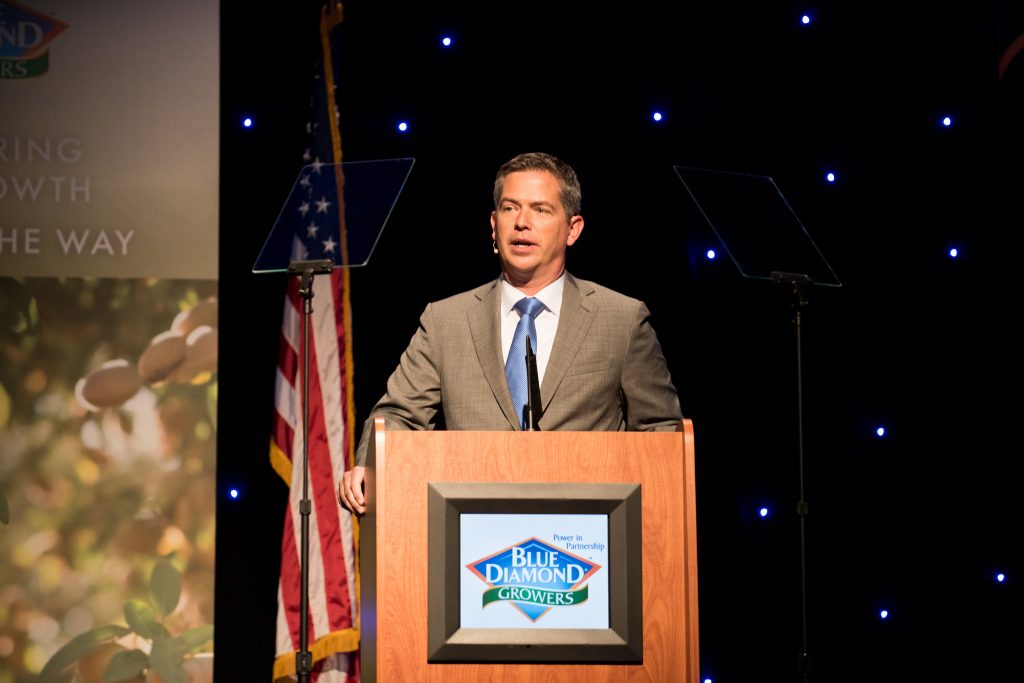 Together we did it!  Your response to Blue Diamond’s call to action has brought an early holiday gift.  Last Friday evening the final version of H.R. 1 Tax Cuts and Jobs Act reform bill was released out of conference.  I am pleased to report that IC DISC was saved, Sec.199 DPAD was repealed and replaced, and SALT was partially maintained. It is anticipated each house of Congress will vote to approve before the end of this week.

Our congressional leaders reported that our growers were clear on the impact of losing these deductions in their calls and letters.  We were also told that Blue Diamond’s co-op representatives provided the most detailed and convincing data on the negative impacts to growers.  Majority Leader Kevin McCarthy and Chairman Devin Nunes along with Congressmen Denham, LaMalfa, and Valadao worked very hard throughout the process to ensure our voice was heard and the bill was corrected to include necessary language.

The conference agreement fully preserved the provisions for Interest-Charge Domestic International Sales Corporations (IC-DISCs), which will continue to benefit our members with a tax advantage.

While Section 199 (the deduction for domestic production activities income) was repealed, the bill includes a new deduction for farmer cooperatives and their members.

A partial preservation of SALT was included in final bill.  For itemizers, the deduction for state and local taxes (SALT) is capped at $10,000.

The bill also puts in place a limit on interest deductibility. However, farmer cooperatives and other farming businesses may elect to be exempt from the interest limitation. In exchange, such businesses would use an alternative ten-year depreciation system.

*Additional overview of the new tax provisions is available by CLICKING HERE.

Since both the Senate and the House will need to cast approval votes for the final bill’s language it would be helpful to continue making calls to representatives thanking them for supporting California growers and most importantly asking them to approve this bill.

Thank you again for your vigilant effort in helping to protect the interests of your farm families and your valued cooperative.  During this holiday season, we are grateful to you and the trust you put into the management of your cooperative.  From my family and the Blue Diamond Team Merry Christmas and Happy New Year!