Every year in California’s Central Valley, during the months of January and February, the world’s greatest pollination event takes place.  Over 2 million hives from around the U.S. are put on flatbeds and trucked out to pollinate more than 1 million acres of almond orchards.  The hives stay in almonds until growers release them- usually mid to late March, when they journey homeward or to pollinate another crop.  Pollination is an important part of growing almonds.  Releasing hives too early could result in reduced yields.  Keeping them too long can delay beekeeper’s other commitments and could result in risks for honey bees to find alternative food sources when almond bloom is over.  The details and timing of releasing bees from orchards should be discussed between beekeeper and grower before bloom starts.  This article will help clarify some of the questions surrounding factors that determine the ideal time to release hives from orchards and explain a simple way anyone can determine if flowers are receptive to pollination, or are no longer able to set nuts. 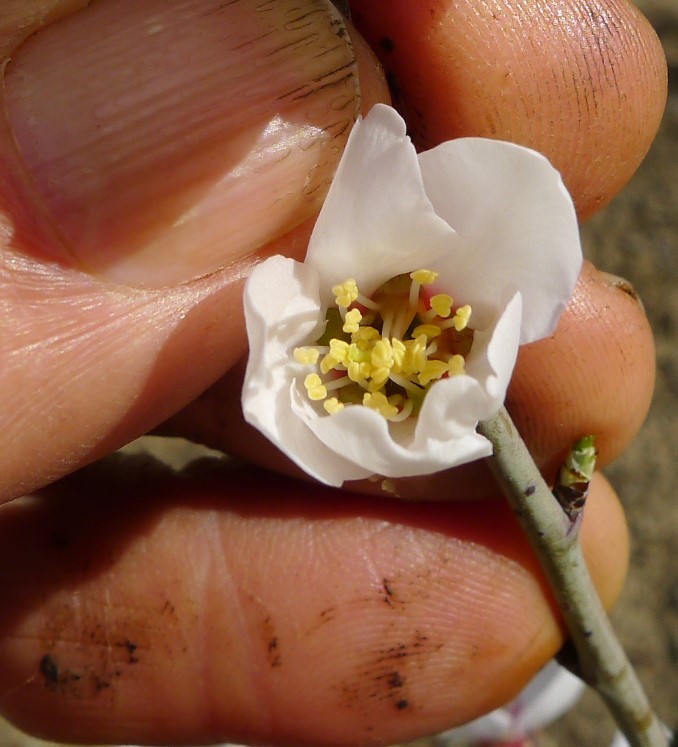 The official University of California recommendation, which matches the Almond Board of California BMPs, is to release hives when 90% of the flowers on the latest blooming variety are at petal fall stage.1,2  However, knowing whether a variety is at this stage can be tricky because there is no tool or test that unequivocally determines a particular variety has reached 90% petal fall.  Growers double check their visual observations by reading the flower’s anthers if they think an orchard has reached 90% petal fall.  This ‘guess and check’ method will be conducted repeatedly until the grower and beekeeper decide on the best day to release hives.

When temperatures reach above 55⁰F, pollen is released by the flower’s “male” parts called anthers, this is referred to as dehiscing.  The stigma or “female” part of the flower is viable and receptive to pollination for only 5 days after dehiscing.3  In most cases, petals remain on flowers past the receptive period. Without a close inspection, one might incorrectly assume that all open flowers visited by bees are still viable, accepting pollen, and getting fertilized.

Even bee activity on flowers does not necessarily mean pollination is taking place, because there can be nectar but no pollen. Nectar collecting bees are foragers with the sole purpose of harvesting the sugary carbohydrates from the flowers.  These bees descend on the petals and only target the nectar at the base of the flower, rarely picking up or transferring pollen.  Pollen collecting bees are foragers that seek out the protein in pollen.  They land directly on the anther thus completing the process of pollination. 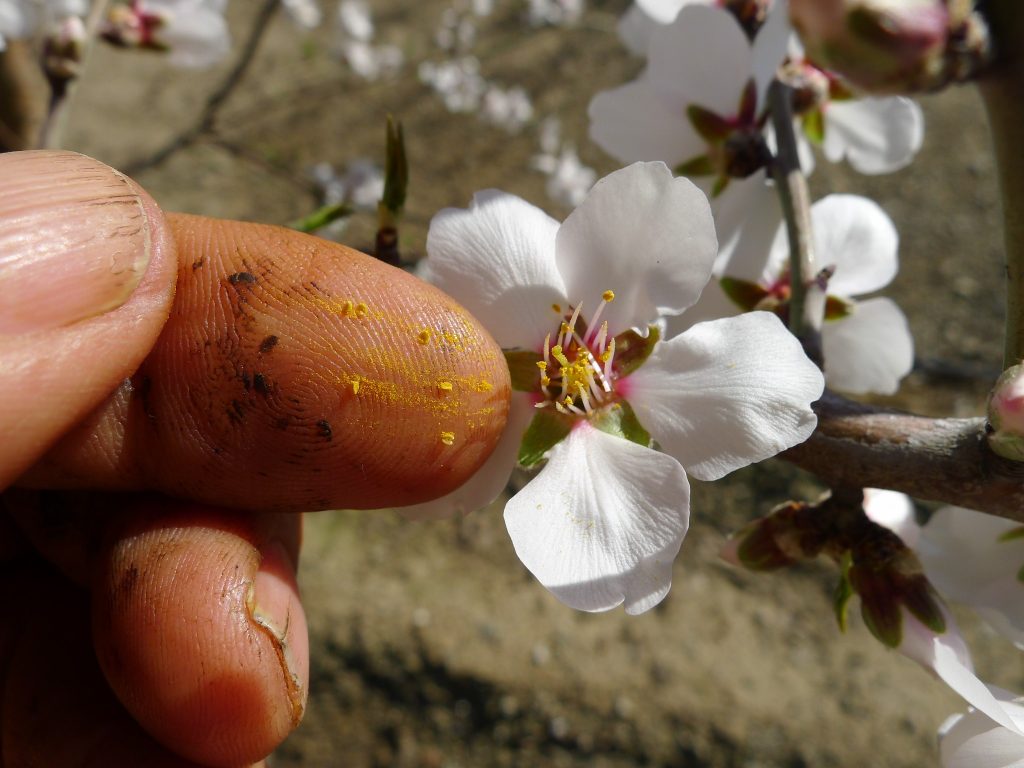 Photos 2 courtesy of Randy Oliver – A mature flower with anthers and pollen. 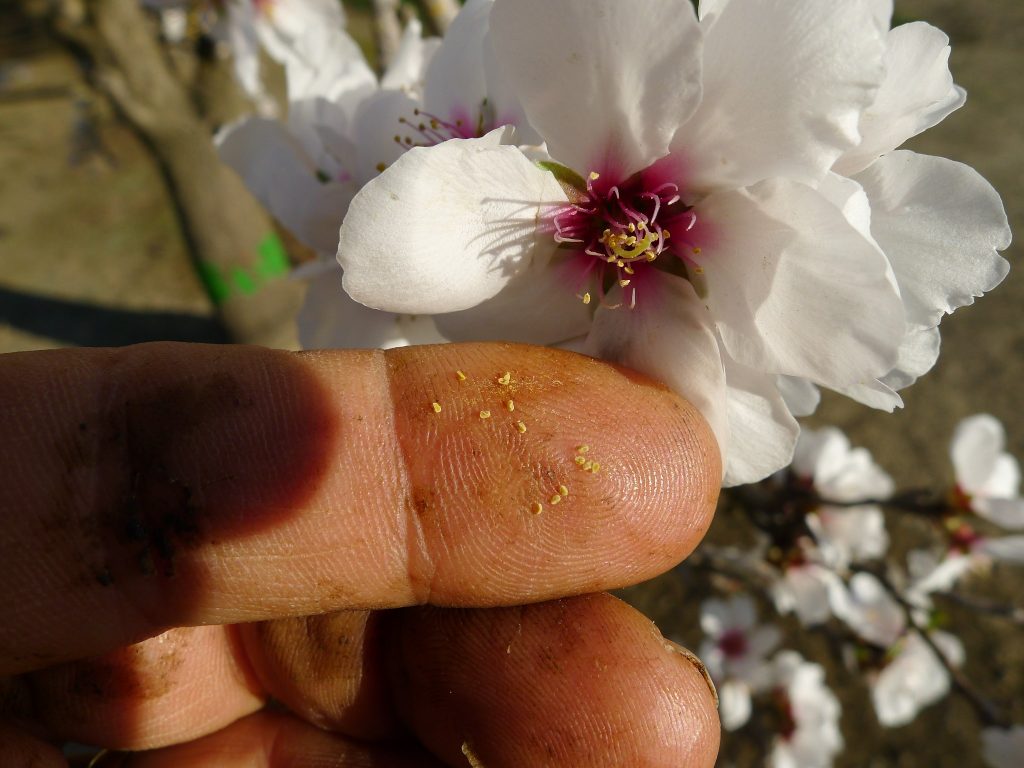 Photos 2 and 3 courtesy of Randy Oliver – On the top is a mature flower with anthers and pollen, and on the bottom is a spent flower with dried up anthers and no pollen. Although they both have petals, only one is still receptive for pollination.

If pollen is not being produced, whether there are petals or not, bees are no longer serving a purpose for growers. Checking if the flower’s anthers have pollen involves conducting one

simple test.  In newly opened flowers, anthers will be plump and yellow but not fuzzy. Photo 1  Anthers eventually release pollen and then look yellow and fuzzy.  Rub these anthers across a white piece of paper or roll them between two fingers.  If viable pollen is present a smear of yellow will easily appear. Photo 2  Older flowers have brown and dry anthers with no pollen. Photo 3  Growers and beekeepers can use this test in each orchard to determine when the bees’ work is done.