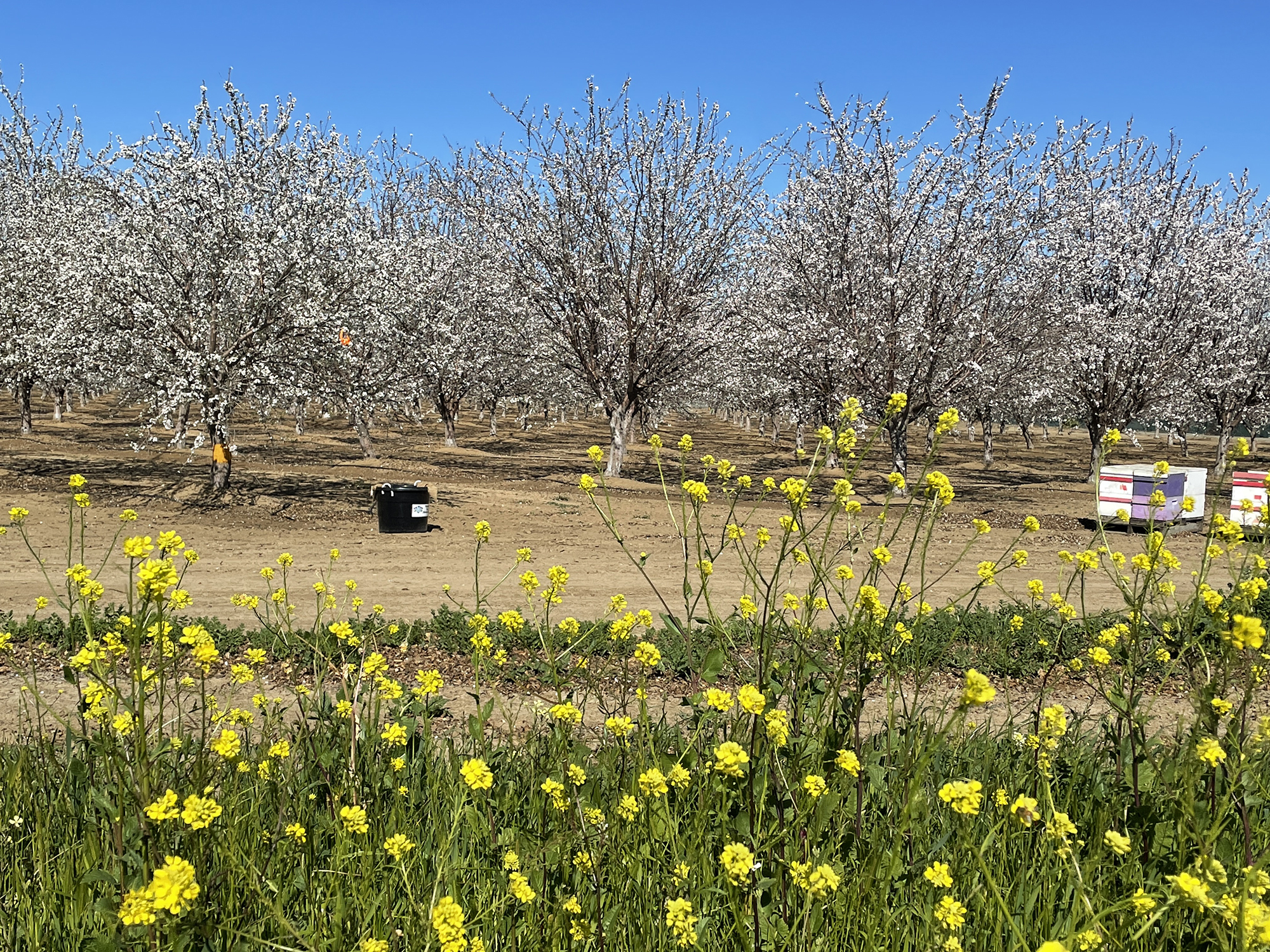 Bloom is progressing at a rapid pace throughout the state. The northern region has been leading the way as most orchards have attained peak bloom within a week after the first flowers had opened. Warmer weather has caused flowers to open much faster than in other years. The central region is two to three days behind the north, while the southern region is a day or two behind the central. The south and central region should attain a peak number of open flowers in most orchards next week. Bloom overlap between varieties has been excellent and the difference in timing between early bloomers and late bloomers is only three or four days, compared to seven to ten days in a more typical year. The rapid bloom progression is giving bees less time to pollinate the crop, but growers remain optimistic.

“Crop potential at this time looks good,” said Steve Carlos, a Blue Diamond Grower who farms in the Durham and Orland areas. “Our bloom was about 5-7 days earlier than last year, but the bees were ready.”

Carlos is referencing the solid bud set that California is seeing this year after the below average set from 2021. Weather next week will play a big factor in how many of those buds get pollinated. The above average temperatures this last week have accelerated bloom progression quickly. Cooler temperatures next week should slow progression and give bees a chance to pollinate more flowers as long as the winds stay calm, and it doesn’t rain. Bee hours have varied in each region. The south has had plenty of excellent conditions for bees to fly, while the central region has had good bee flying conditions through most of bloom. Because of high winds for a few days last week, the north has had fewer bee hours than the central. Tuesday the fifteenth saw most bees in the state stay in their hives.

Beekeepers are largely done placing hives in fields. Irrigation has begun in places where growers have access to water to ensure a full moisture profile when leaves start emerging. Other orchard activities have ceased as disease pressure has been low and growers are trying not to disturb the hives.

Nonpareil Under Irrigation in Atwater area of Merced County