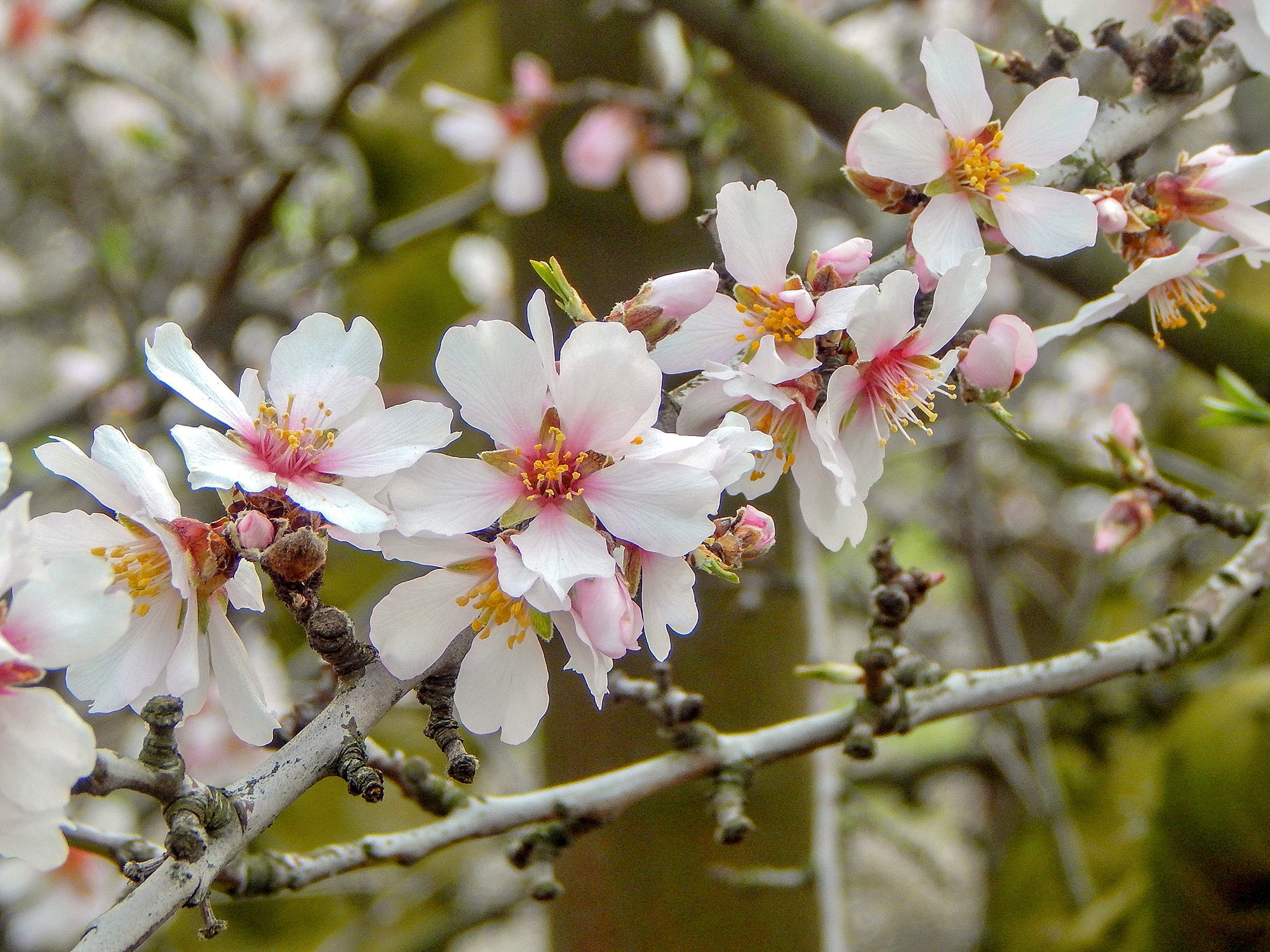 Warmer weather over the weekend accelerated bloom progression in most orchards throughout the state. The early blooming Sonora achieved peak bloom over the weekend in all regions and its flowers are beginning to lose their petals. Most other varieties are at different stages depending on the region. Nonpareil, Monterey, and California type pollinizers in the southern region have over 80% of their flowers open for pollination. Carmel has 40% of its flowers open, and the late blooming Butte has 10% open. 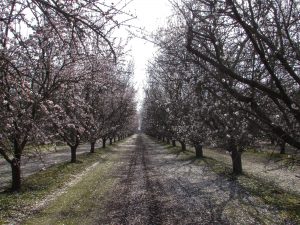 The central region remains 2 to 3 days behind the south, while the Sacramento Valley trails the southern region by 5 to 6 days.

Sunny and warm conditions persisted through the weekend. Daytime highs got into the low 60s each day in the central and southern regions. The warmer temperature, combined with relatively calm winds, provided bees the opportunity to average at least five hours of strong activity each day. Skies did not get cloudy until Sunday afternoon. In the Sacramento Valley, weather remained cloudy and five to six degrees lower than other areas. Winds were also significantly higher, making for poor flying conditions. Friday and Sunday saw two hours of poor pollinating conditions, while bees received a reprieve from the wind on Saturday, allowing for four hours of good flying conditions in some areas.

Calmer winds gave growers a chance to catch up on bloom disease applications ahead of the forecasted rain for the next couple of days. With such a narrow window to make an application, other activities have been put on hold in most orchards. 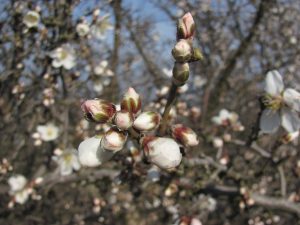 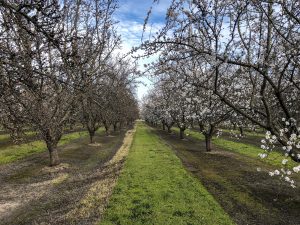 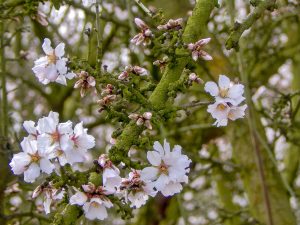 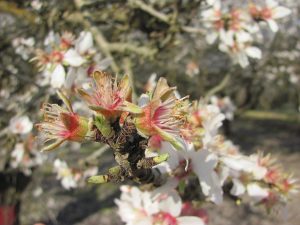