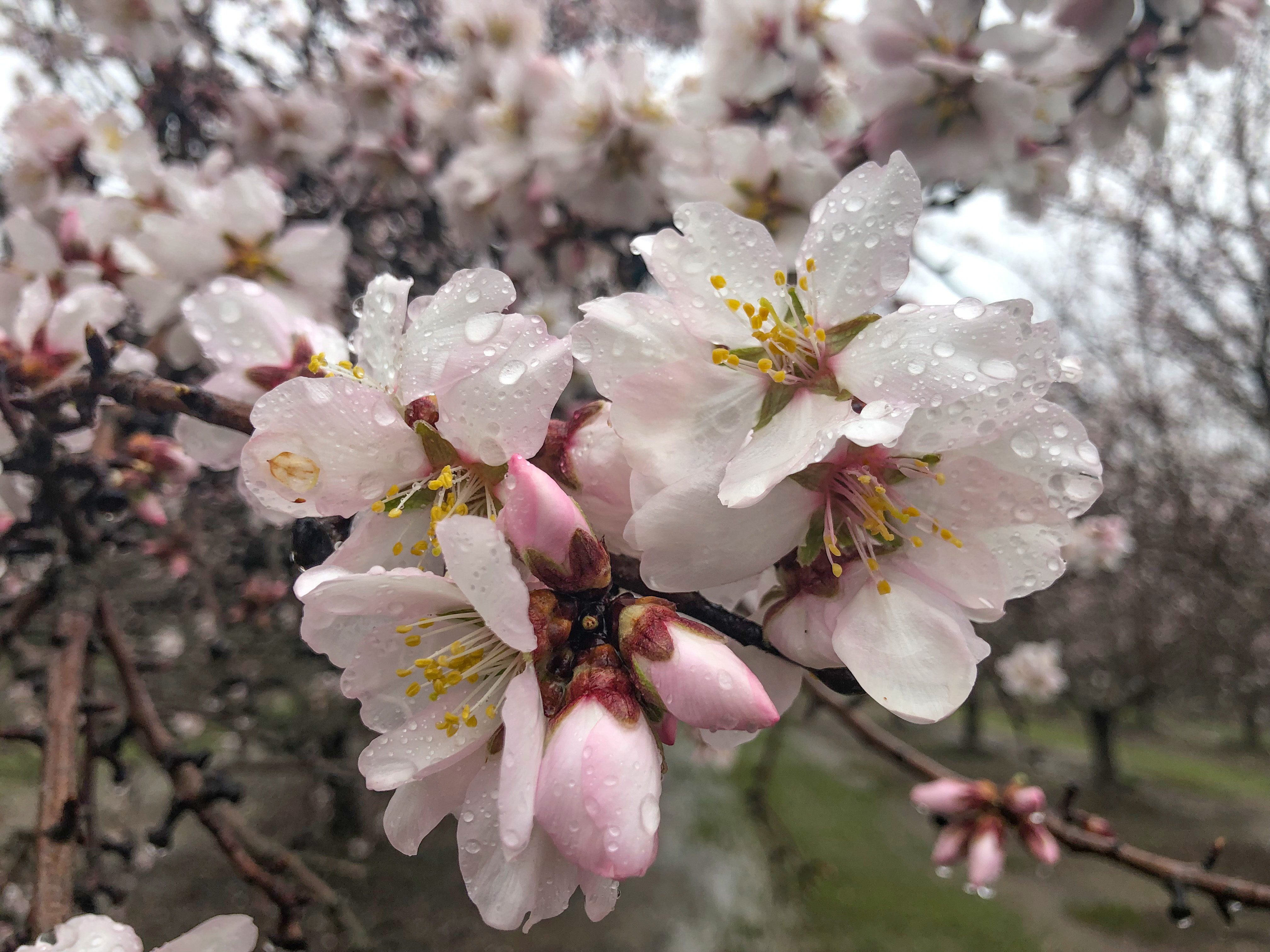 Bloom is reaching its peak on most varieties in both the Northern and Southern San Joaquin Valley. Nonpareil and its California type pollinizers peaked out on Monday with almost 80% of its flowers open for pollination in both regions. Monterey achieved peak number of over 80% open flowers a day later. Carmel is two or three days behind and has not yet peaked in either region. The late blooming Butte is approaching 20% open flowers while its pollinizer Padre is around three or four days behind. In the Sacramento Valley bloom progression remains four to five days behind their southern counterparts in all varieties, except for Sonora. Progression is varied within districts in certain areas.

“The weather and bee flight so far have been sporadic and peak bloom is still to come.” Said Blue Diamond Board Member Dan Mendenhall about his ranch in Winton, “It’s too early to tell but it will be interesting to see what kind of crop we set.”

Mendenhall’s orchard lies in the southern part of the central district in an area that typically runs a few days behind the rest of the district on most years, due to slightly lower average temperatures at bloom time. Every district has areas that will be both ahead of or behind many of the orchards observed. Though the bloom progression in Winton is behind the rest of district, Mendenhall has had the same issues with intermittent bee hours as the rest of the state. Up until the last three or four days, bees have not been able to work continuously due to weather variability, although it appears that decent hours are still being accumulated.

A warmer storm front passed through the state Monday and Tuesday that moved daily highs up into the mid 60s in the central and southern regions. With lower winds on Monday, bees were able to have 5 hours of good pollination activity in the central, followed by slightly higher winds on Tuesday that made for four hours of fair pollination activity before storm clouds and high winds moved in during the afternoon. In spite of overcast skies the southern region averaged seven hours of good pollination activity both days. In the northern region the storm system brought in excess of two inches of rain over Monday and Tuesday. In some areas around Maxwell, bees were able to get a few hours of decent flying time in and around storm cells. In the Chico area to the northeast minimal to no bee activity was observed. 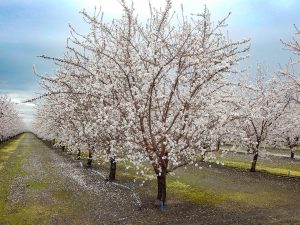 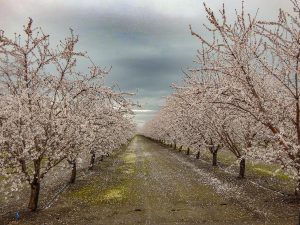 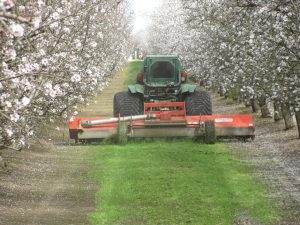 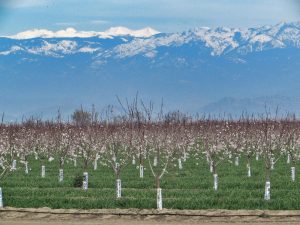