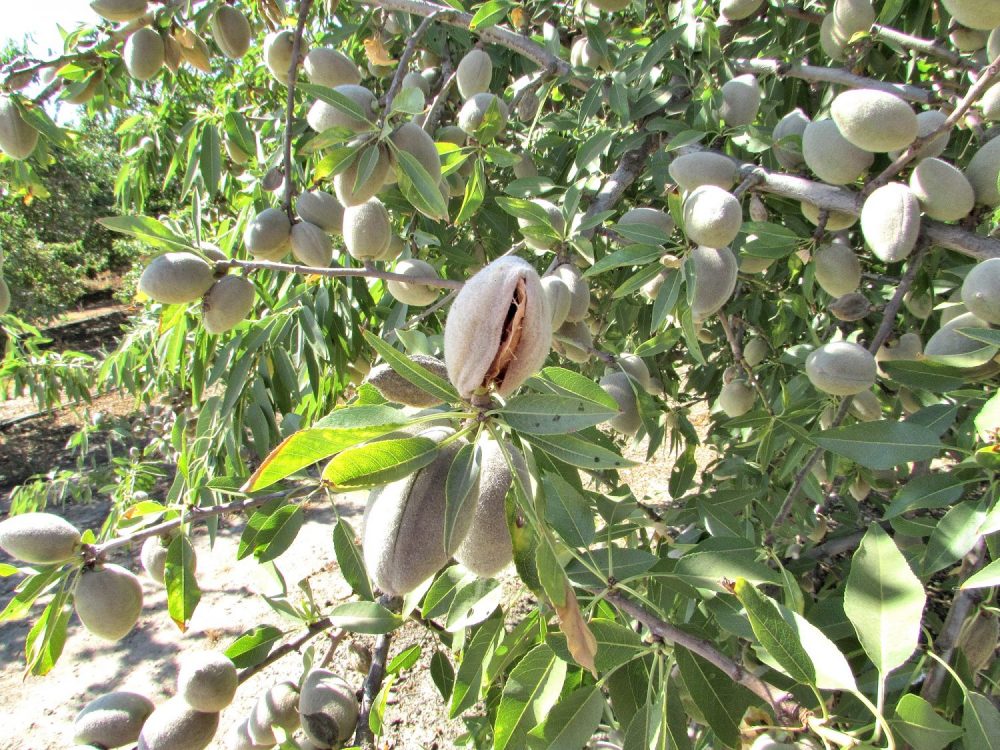 This report covers conditions and observations made between Monday, June 2 and Sunday, June 30, 2019. The next scheduled report will be posted on Monday, August 5, 2019. In the event of any significant occurrences prior to that date, this site will be updated as soon as possible.

Summer conditions prevailed throughout the Central Valley during June, providing strong support for the developing crop. Daily maximum temperatures followed a 5 to 7-day cycle, dipping to the low to mid 80’s during cooler periods, and rising to just over the century mark on the more challenging days. Morning lows followed a similar cycle, ranging from the lower 50’s to upper 60’s. As during May, several days of rather blustery winds provided a degree of aggravation as growers worked to maintain moisture levels and complete orchard tasks. Speeds in the upper teens to mid-20’s were common in many areas of the valley, creating additional work for growers as they cleared broken branches and blown over trees. 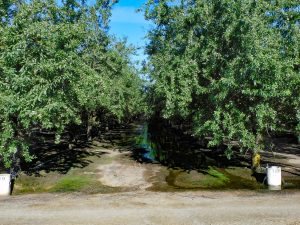 Nonpareil and Fritz Under Irrigation in Madera County

Growers in all areas have begun preparations for the approaching 2019 harvest. Fertilizer applications have largely been completed and growers have turned to mowing excessive vegetation in the orchard “middles”, between the tree rows and late season herbicide treatments within the tree row itself. These are critical activities designed to ensure that the orchard floor is weed-free at harvest so that the crop can be effectively swept and picked up. Irrigation remained a dominant activity during the month as rising temperatures and brisk winds increased orchard water requirements. In between irrigations, growers and their employees could be found spreading ant bait formulations targeting problem species that feed on almonds while on the ground during the harvest.

Growers have been monitoring their orchards for the first sign of hull split. Hull split in blank nuts, those where the hull and shell have formed, but no kernel exists were observed in advanced Independence and Nonpareil plantings during the third week of May. These nuts typically split 10 to 14 days ahead of the “sound” nuts, those in which the kernel has fully developed. And right on time, the first signs of hull split, the division along the suture, was reported on the closing days of the period. Observers and growers alike are reporting that crop develop is running 3 to 7 days behind last year.

With the initiation of the hull split, the greatest period of susceptibility to Navel Orange Worm, NOW, is close at hand. Larvae that over-wintered in mummy nuts transformed into adult moths in mid to late April. These moths then laid eggs once again on mummies remaining in the trees, beginning another generation. Now, this second generation of worms has also transformed into adult moths and are beginning to emerge. However, with the hulls of the “new crop” splitting, the aromatic compounds that emanate from the hulls are an overpowering attractant to the moths. This drives them to lay eggs for the next generation on the splitting hull, where upon hatching, the new larvae will then burrow into the kernel, rendering it useless.

Growers employ a variety of methods to combat NOW and track the insect’s life cycle closely in order to optimize control. Mummy removal and destruction during the winter months remains a prime means of mitigating damage. Many growers have also employed pheromone releases to disrupt mating of the adult moths as they emerge, thus reducing egg laying. There are also a few beneficial insects in the orchards that can help by feeding on NOW eggs. However, while these methods are beneficial, treatments during the hull split targeting the moths before they can lay their eggs and the newly hatched larvae before they can burrow into the kernels are the primary method of reducing or prevent crop losses. These treatments will begin during the first week of July. Many will also incorporate materials to counter developing populations of web-spinning mites that have been increasing over the past two weeks, particularly in the southern San Joaquin Valley.

Finally, for decades growers removed orchards after harvest, prepared the lands for replanting over the ensuing months, then planted “bare root” trees during the dormant season or early spring. However, with the increasing use of potted trees that can be planted at any time, orchard removal and preparations for replanting now go on twelve months a year. Thus, while growers are managing their existing orchards, new and replacement plantings can be found in various stages of development in all areas of the Central Valley. 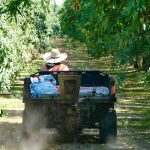 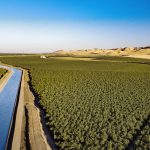 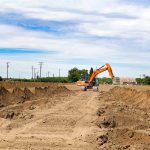 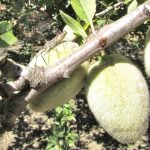