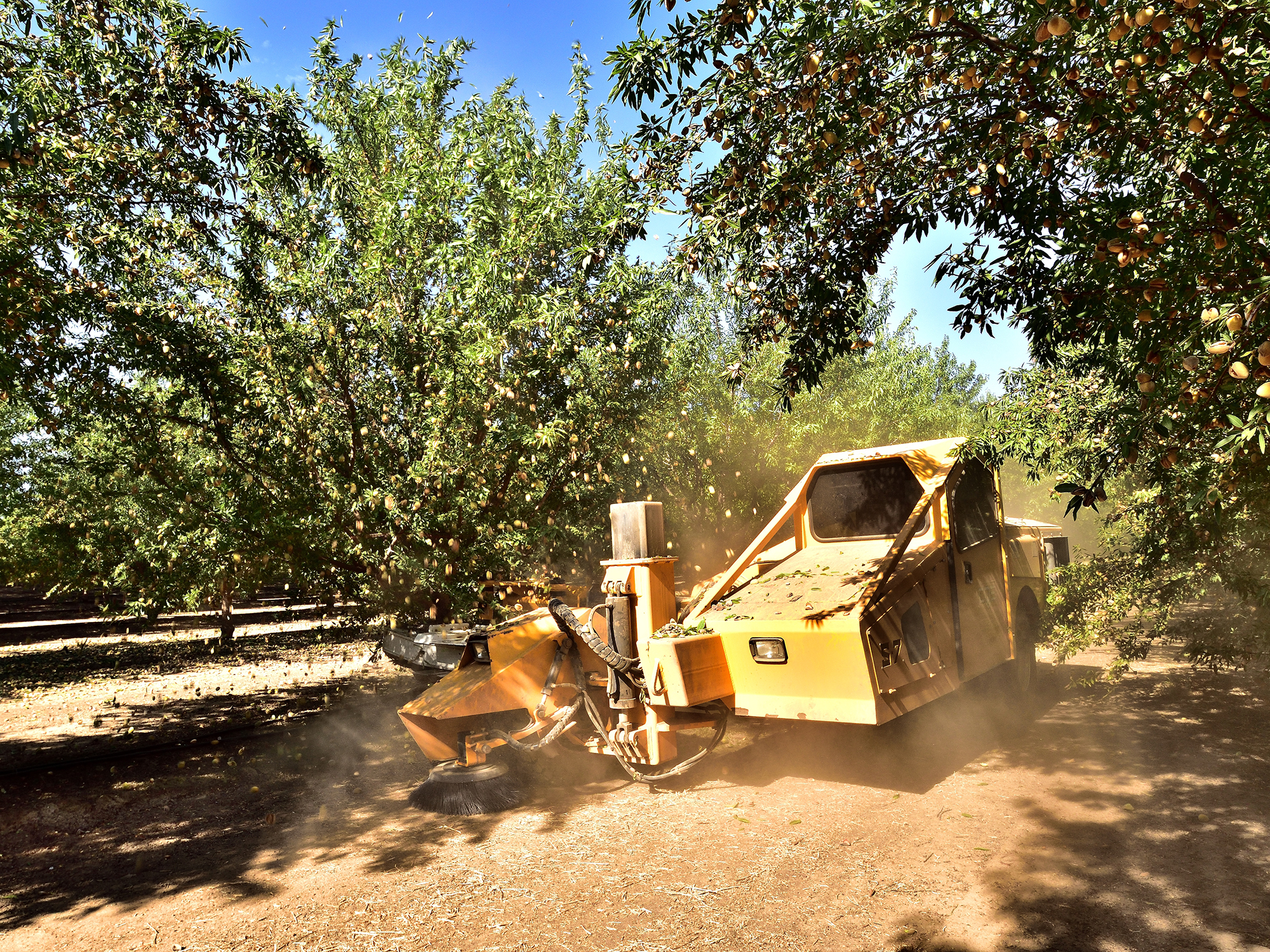 This report covers conditions and observations made between Monday, July 1 and Sunday, August 4, 2019. The next scheduled report will be posted on Monday, September 2, 2019. In the event of any significant occurrences prior to that date, this site will be updated as soon as possible.

Warm to hot conditions dominated the Central Valley’s weather during July, driving crop development ahead strongly. Daily maximum temperatures followed an increasing trend during the month. Temperatures increased from the upper 80’s and lower 90’s early in the period, peaking during the last full week of the month as high as 105 degrees before relaxing back into the upper 90’s during the first days of August. Morning lows followed a similar pattern with readings rising from the mid 50’s in the period’s opening days to peak in the lower 70’s during the hottest days of the month.

Growers throughout the Central Valley were busy during July preparing for the 2019 harvest. Irrigation, orchard floor preparations and pest management dominated growers’ activities during the month. The weeks prior to harvest require close coordination of tasks in order to ensure that the crop is harvested cleanly and efficiently. Growers must balance the need for irrigation with flail mowing required to reduce excessive vegetation that could inhibit their ability to pick up the crop. In orchards with excessively high populations of almond-feeding ants, applications of bait formulations targeting the offensive species must also be worked into the schedule. Growers also strive to manage irrigation against the need to reduce the potential impacts of fungal infections on the splitting hulls. Hull rot infections also produce

toxins that kill wood within the tree, reducing yield potential in subsequent years. The degree of infection can be reduced by limiting irrigation to one-half of consumptive use for approximately two weeks after the initiation of hull split. However, growers must monitor their orchard’s moisture levels closely in order to ensure that the trees and the maturing nuts do not experience undue stress. Finally, all this is accomplished while properly timing hull split treatments to reduce damage caused by Navel Orange Worm, NOW. While hull split of the Nonpareil and Independence varieties began during the first weeks of July and is well underway, some observers have also reported the first signs of hull split on early maturating California type varieties as well. 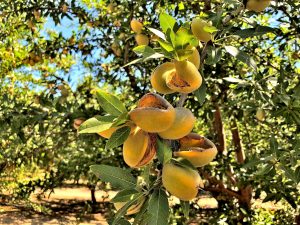 Growers in all areas of the Central Valley have been paying particularly close attention to NOW populations this year. Poor conditions for mummy removal during the dormant season combined with a prolonged hull split have increased the potential for NOW damage. Year by year, growers have been increasingly adopting mating confusion as one means of control. By placing dispensers in the orchards during the growing season, the intent is to release pheromones that mimic those produced by the female moths, thus reducing the males’ ability to find the females, inhibiting their ability to mate and hopefully reducing the need for insecticide applications. This year, the diffuse crop maturity evident in virtually all areas has resulted in a wide variance in the hull split. This has complicated growers’ efforts to properly time NOW treatments and some observers have reported finding live NOW larvae in spite of grower’s best efforts. Pest Control Advisors have also reported moth counts in traps used to monitor life cycles and populations have been rising over the past ten days, increasing growers’ concerns.

As this report was being prepared, harvest operations were just starting to get underway. Shakers were sent into the most advanced Nonpareil and Independence plantings in Kern, Tulare and Colusa counties during the closing days of July. Observers are reporting that growers have encountered split maturity levels in the many orchards, with trees along the edges more advanced that those deeper within the orchard. As a result, some growers were forced to stop shaking after encountering “green” product that was not ready to shake.

Harvest operations will intensify over the coming weeks and are expected to reach “full throttle” by the middle of August. 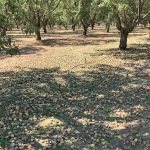 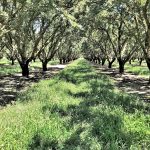 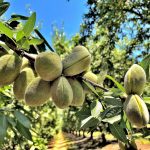 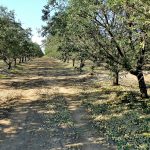