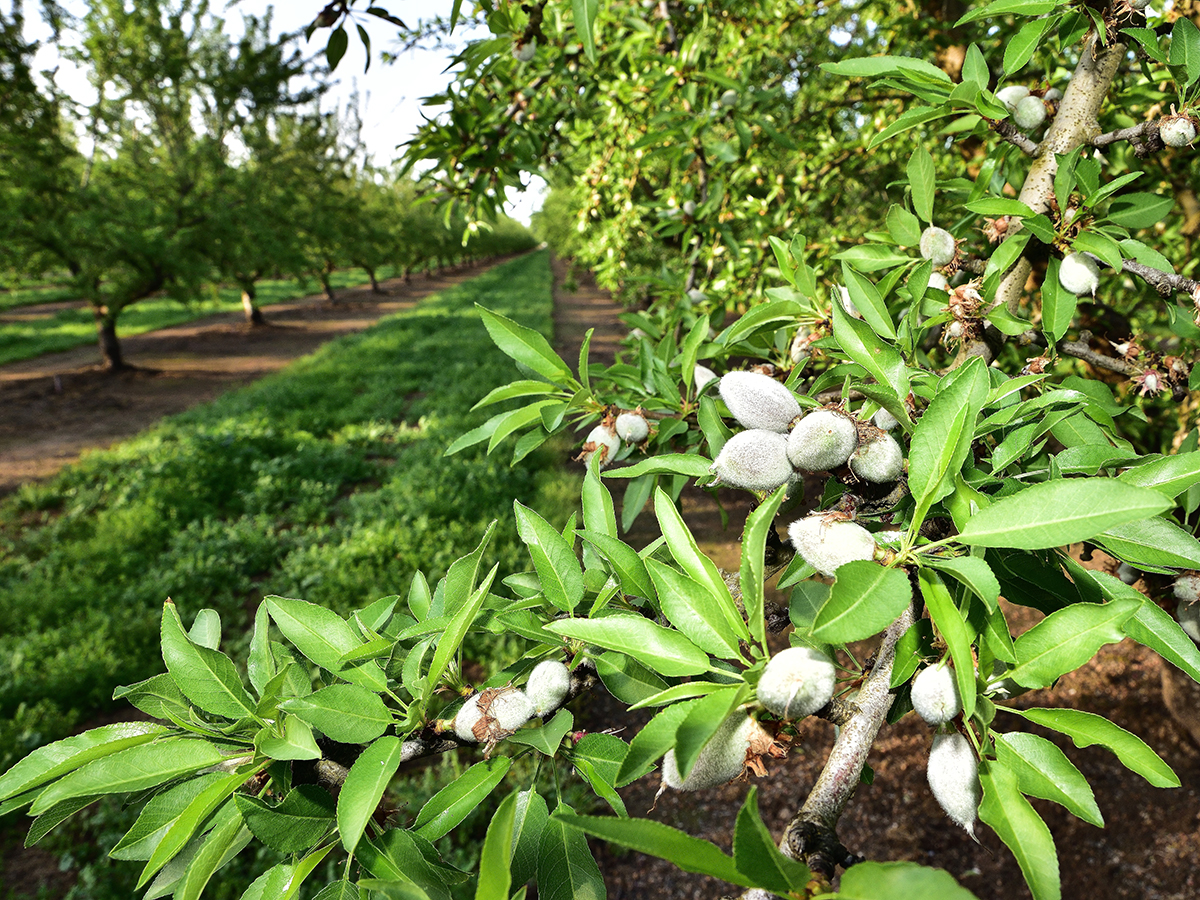 This report covers conditions and observations made between Saturday, March 11 and Sunday, March 26, 2017. The next scheduled report will be posted on Monday, May 1, 2017. In the event of any significant occurrences prior to that date, this site will be updated as soon as possible.

Sunny skies and warm temperatures reigned over the Central Valley during the first week of the period, providing strong support for the developing 2017 crop. Daily maximum temperatures in the upper 70’s and lower 80’s were reported in all areas, with warmest values reported in the most southern areas. However, conditions changed dramatically during the latter half of the period, when a rather potent weather system brought cooler temperatures, heavy rain and blustery winds to many areas of the valley. While greatest rainfall amounts were reported in the Sacramento Valley, with as much as three inches of rain, thunderstorms spread heavy rain in areas of the San Joaquin, as well. Small hail was also reported in some areas and a tornado warning was issued for areas of Stanislaus County on Wednesday, March 21st. Fortunately, the winds failed to reach the intensity experienced a few weeks ago and the hail that fell was reported as small and soft. As a result, very little damage has been reported.

Observers are reporting that crop development increased dramatically in all regions under the influence of the warm conditions experienced during the first week of the period. As seen in the photos accompanying this report, nutlets have been differentiating in size, with the largest breaking free from their protective jackets. Leaf cover on the trees has also developed vary rapidly, allowing the trees to begin pulling nutrients and water from the soil. The trees have also begun the normal process of casting the smallest nutlets to the ground, while preserving the largest.

Growers and observers have reported variable crop sets in many early and mid-blooming varieties, no doubt the result of the inclement weather experienced during the bloom. Later blooming types, such as the Butte and Padre, are presenting better crop potential, though it is still too early to definitively assess the crop.

Growers in all areas have been busy during the latter half of March, performing a myriad of activities. Fungicide applications in advance of the past week’s storms, both by ground and air, have been completed to protect the developing nutlets and leaves against infection. This is a critical time of year for fungal development. Clusters of jackets split by the developing nuts can be a prime source of infection if not cast from the tree. While no one wants to see winds strong enough to blow over trees, a bit of wind helps to scrub the jackets and aborted nuts out of the canopy and dry the foliage, thus reducing disease potential. Growers have also been applying fertilizers and mowing vegetation within the orchards. Excessive weed growth can allow temperatures within the orchards to drop to damaging levels on colder mornings, while a clean orchard floor absorbs heat from the sun and radiates it back out overnight.

Quite a few growers with orchards on sandy soils have reported problems with Bacterial Blast, caused by Pseudomonas syringae, an opportunistic bacterium which also causes Bacterial Canker and bud drop. The bacteria have caused bud mortality in a number of young orchards, significantly impacting the crop potential and causing growers experiencing the worst problems to question the future of the impacted orchards.

While the recent rainfall has been more than ample to meet the orchards moisture requirements, some growers have briefly run their irrigation systems, just long enough to apply liquid fertilizer materials, thus saving a pass with relatively heavy tractors and spreaders. Several local irrigation districts filled their network of canals over the past week. However, other than for spreading fertilizer, irrigations are not yet needed.

Growers have also been planting new orchards, both with potted trees and bare root trees that have been placed in cold storage to preserve dormancy. Wet soils have delayed plantings in all but the sandiest soils this year, and rain received during the last half of the period once again forced a few growers to defer planting to a later date.

Other work performed during the period include removal of bee hives by beekeepers and removal of trees blown over by the strong winds endured during the bloom. Both activities will continue for a few weeks. Growers will continue to monitor weather conditions, on the watch for excessively low morning temperatures. Monitoring insect populations will also begin, using traps intended to track the development of Peach Twig Borer and Navel Orange Worm adults. One observer has noted the presence of young Leaf-Footed Plant Bugs in a few plantings in the southern San Joaquin Valley. Growers will watch these orchards closely as this pest can cause significant losses if populations build. 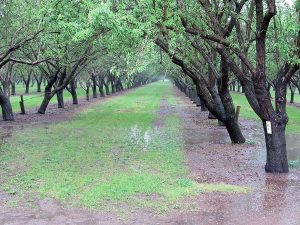 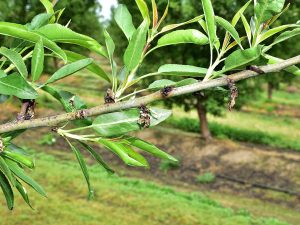 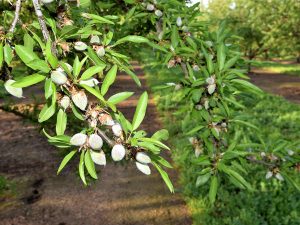 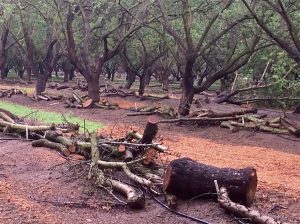 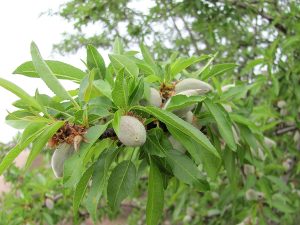 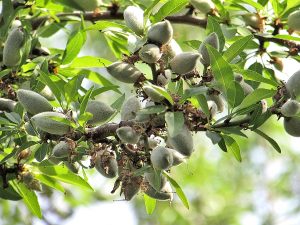