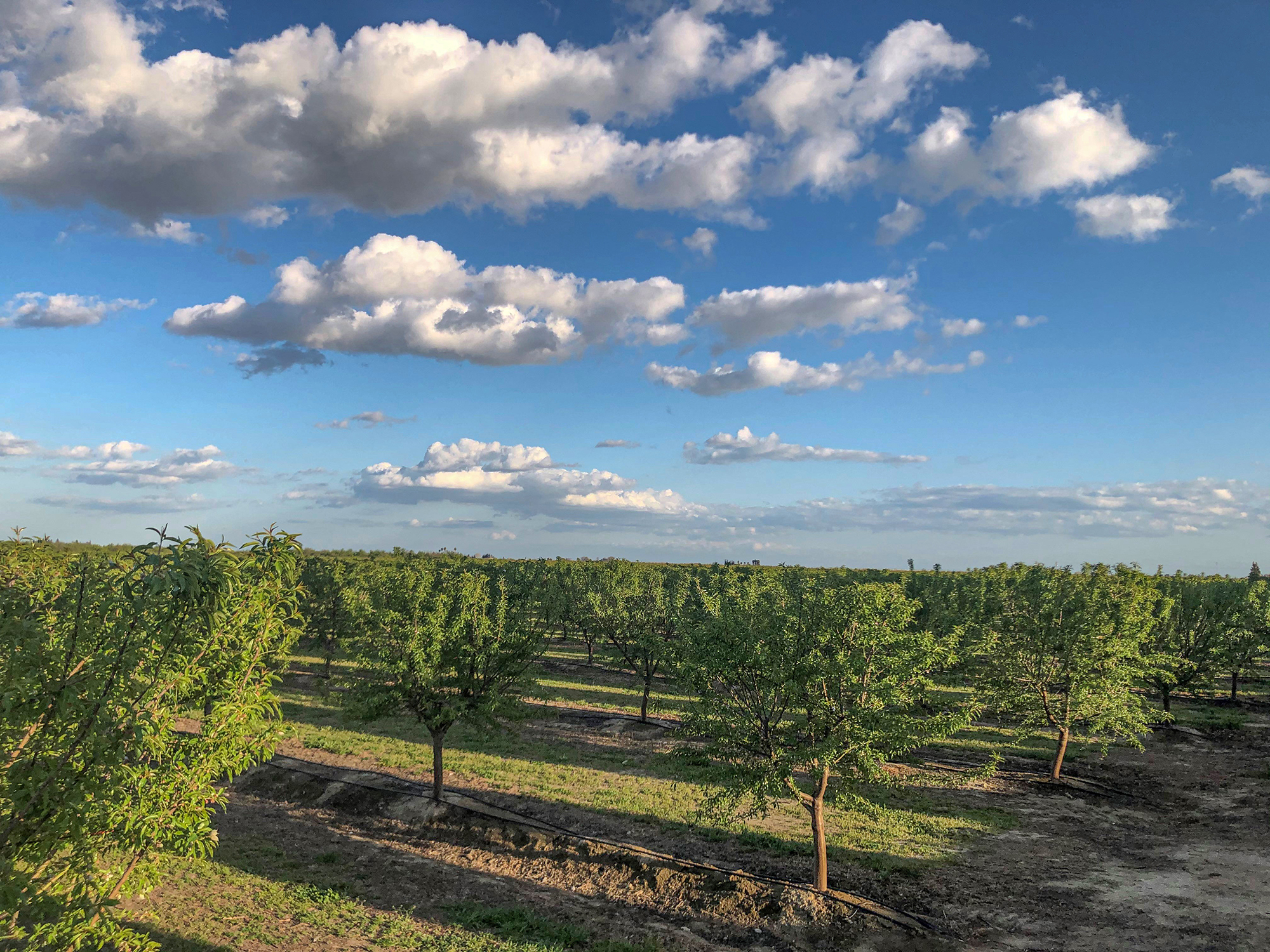 This report covers conditions and observations made between Friday March 12 and Sunday, March 28, 2021. The next scheduled report will be posted on Monday, April 26, 2021. In the event of any significant occurrences prior to that date, this site will be updated as soon as possible.

California almond growers endured a mixed bag of weather conditions during the latter half of March, with periods of bright, clear skies interrupted by blustery winds, rain and hail that was spread over many areas of the central valley. Daily maximum temperatures ranged from the low to mid 50’s to upper 60’s and lower 70’s during the period, reflecting the variable weather. Meanwhile, morning low temperatures dipped to chilly levels on many mornings, sparking concern as readings approached the freezing point. Fortunately, temperatures never made it to damaging levels, owing to either overnight light breezes or clouds that stabilized temperatures at safe values.

Unsettled conditions on Sunday, the 14th intensified on Monday, the 15th to generate thunderstorms that produced locally heavy rain and impressive amounts of hail. Hailstorms leaving as much as an inch of ice pellets on the ground were observed in areas of Butte, Stanislaus, Merced, Fresno and Kern counties. Fortunately, observers have reported little apparent damage, owing to the early stages of nut development, which will allow the trees time to compensate for any nuts lost during the storms.  Rainfall accumulations from the storms ranged from a few hundredths to more than an inch, with most areas reporting totals of approximately one-half inch. Winds ranging from 10 mph to as much as 35 mph were reported throughout the central valley. Some wind during the period can have a beneficial impact, helping to dry the trees out after the rain and scrub drying jackets from the trees, both of which can help mitigate the development of fungal disease. Observers noted that orchards in the windiest areas of the valley did sustain some tree loss. While losses may be significant to the individual grower, no significant impacts to the total crop have been noted.

Growers shifted to a post-bloom mindset during the later half of March as they worked to support the developing crop. Lower price levels this year have all growers focusing on production costs. All are watching the crop develop and running cost/benefit calculations to determine the best course of action as they consider treatments for fungal disease, as well as fertility needs over the coming weeks. Observers are reporting that nutlets are going through the normal process of segregating into varying sizes as they emerge from their protective jackets. In most cases, three sizes can be observed. The largest of the three will be retained to harvest, while the majority, if not all the smallest sizes are sequestered by the tree and cast to the ground. Many believe that much of the final crop volume is determined by the proportion of the middle size that is retained. This is heavily influenced by the tree’s nutritional state and the weather conditions over the 45 to 60 days following the completion of the bloom.

Growers and observers are reporting wide variability in the potential crop, owing to the variation in bloom noted in previous reports. Many orchards that produced exceptional crops in 2020 presented a very light bloom this year, with a consequently lower crop potential for 2021. Growers in the San Joaquin Valley are reporting the best potential crop volumes, particularly in the southern San Joaquin. Some Sacramento Valley growers have reported individual orchards with crop potential so low that they are questioning the value of even harvesting a crop this year.

Observers have noted that the expression of Non-Infectious Bud Failure in the Carmel variety is particularly striking this year. It would not be an exaggeration to say that all Carmel plantings are expressing some degree of the genetic disorder. Bud Failure also described by growers as “Crazy Top” due to the resulting wild growth in affected trees is a genetic disorder that severely impacts bud development and yield. Other varieties can also express the disorder, but Carmel is the most severely impacted with many Carmel plantings presenting a very weak crop potential this year. Stress on the tree is thought to trigger expression of the disorder, most typically water or heat stress. The high temperatures experienced during the hull split period last year may have been the triggering event that has produced the high degree of expression this year. Unfortunately, once the disorder expresses, it never gets better or goes away, leading to a continuing decline in the amount of Carmel acres growers are willing to plant.

Growers have been busy mowing vegetation in the orchard “middles”, the area between the tree rows, and fertilizing the orchards, either through soil or foliar applications or by adding fertilizer materials to the water during irrigation. Most have made one or two fungicide treatments, depending on local weather, disease history and the varieties grown in each orchard. Pest Control Advisors have begun hanging pheromone traps in the orchards, seeking to establish the “biofix” for Peach Twig Borer (PTB) and Navel Orangeworm (NOW). Biofix is the date of the first capture of an adult insect in the trap. PCA’s use this information, along with daily temperature data to track each insect’s physiological development, a critical factor in timing any treatments that may be needed for control later in the growing season.

Irrigation and water supplies are a top-of-mind subject for all growers this year. Growers sourcing their water from federal Central Valley Project (CVP) sources have been facing a 5% of contracted amount allocation this year, with the State Water Project (SWP) projecting delivering 10%. However, the official designation of drought conditions was accompanied by announcements that deliveries from the CVP are “not available until further notice” and that deliveries from the SWP have been reduced to 5%. The situation in east side irrigation districts is generally better, but also not entirely settled. Most districts are reporting some cutback in the amount available this year. As a result, many growers are scrambling to source the supplies required to get through the year. Rumors of water costing as much as $1,200 per acre foot have been mentioned. Growers are turning to their private wells to meet their needs using groundwater, which in many cases is of poor quality, with high pH and/or high salinity. Impacts on the current crop, and the potential bud development for the following crop cannot be ruled out. Some growers along the west side of the valley have stated that they will be pulling more of their lower producing orchards this year, in order to move water to orchards with greater potential.

Over the coming weeks, growers will be monitoring their orchards closely and running the hard calculations required to effectively manage their water supplies. The focus of their efforts will be on managing stress on the developing crop while stretching out supplies to meet needs at critical points of kernel development. As older low producing orchards are pulled, some lands will be replanted, and some will remain fallow for a time as growers ponder future opportunities. 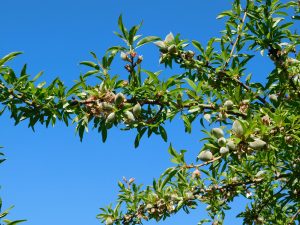 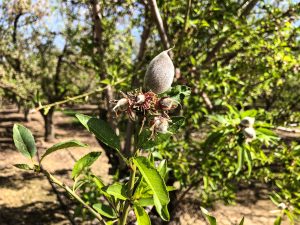 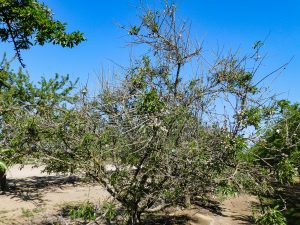 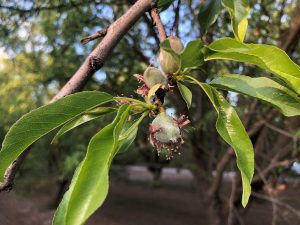 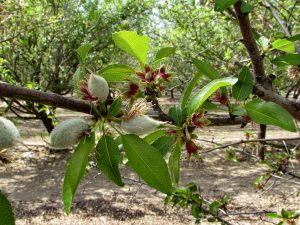 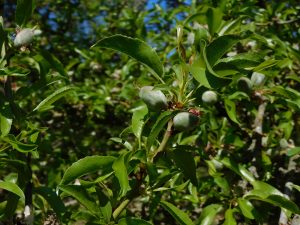 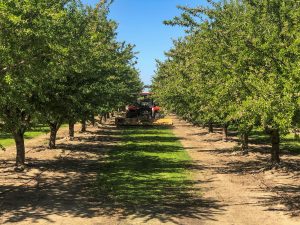 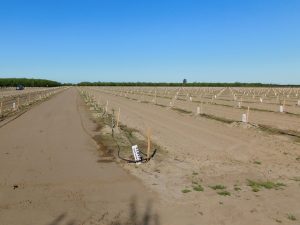