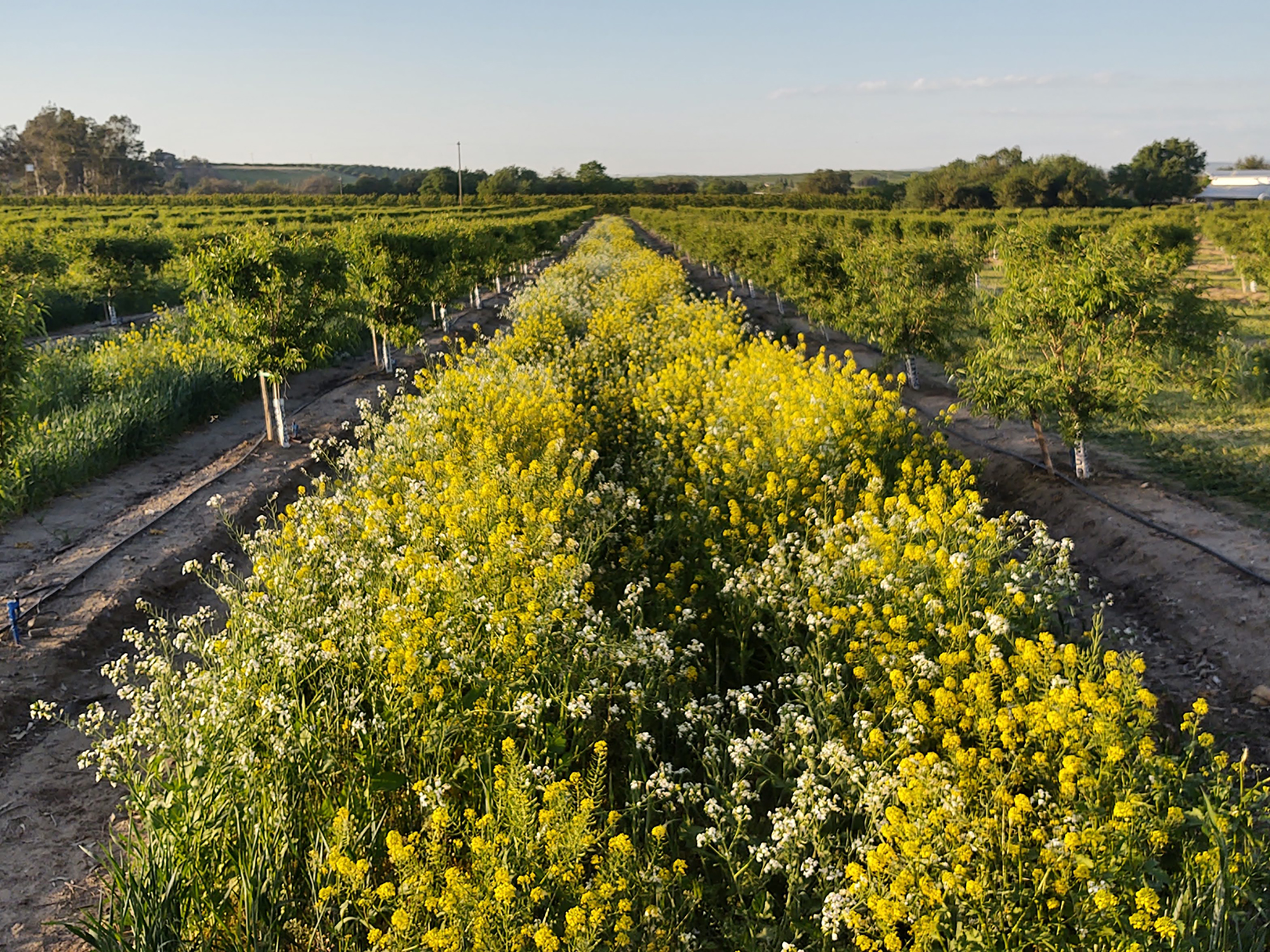 This report covers conditions and observations made between Monday, March 29 and Sunday, April 25, 2021. The next scheduled report will be posted on Monday, May 31, 2021. In the event of any significant occurrences prior to that date, this site will be updated as soon as possible.

Clear skies and mild to warm temperatures dominated nearly the entire month of April in California’s Central Valley. Daily maximum temperatures ranged between the mid and upper 60’s to mid-80’s throughout the month, with morning lows dipping into the upper 30’s and low to mid 40’s. Bright skies prevailed over the region up until the final day of the period when a winter-like storm system passed over the state bringing heavy overcast and scattered rain on Sunday, April 25th. While the storm delivered much needed snow to the high Sierra watershed, rainfall totals on the valley floor varied widely. Most areas reported little to no precipitation while brief scattered downpours dropped a few hundredths of an inch. The threat of frost early in the month failed to materialize, with lowest temperatures in the coldest locations failing to drop to damaging levels.

Growers spent the month of April tending to the needs of the developing crop under the influence of the excellent growing conditions. As the crop develops, procedures implemented as part of Integrated Pest Management programs move into a different phase. With the completion of the bloom and jacket split stages, growers and the Pest Control Advisors (PCA), shift the focus of their attention to nut and foliar diseases, as well as insect and weed management.

This year’s predominately dry bloom and post-bloom weather failed to produce conditions supportive of fungal development, thus reducing disease “pressure” and the need for fungicide applications. As the season progressed, insect management has drawn increasing focus. Growers and PCA’s are reporting increasing infestations of Green Stink Bugs and Leaf-Footed Plant Bug as the insects move into the orchards from neighboring host crops and drying grasslands along the eastside of the valley. There have also been reports of the potentially devastating Brown Marmorated Stink Bug, which has been moving south, down the Highway 99 corridor for several years. Each of these insects kills the developing almond directly through its feeding by probing through the hull much like a mosquito. As the season progresses and the almond shells harden, feeding by these insects can fail to kill the almond, however, the feeding produces “Brown Spot” on the kernel, as well as gumming, both of which causes the kernel to be rejected, reducing both the weight and value of the crop. Growers withhold treatments to control these insects as long as possible, not wanting to disrupt the growth of beneficial predator insects within the orchards. Also, as shown in the photo accompanying this report, PCA’s have been setting traps used to monitor life stage development of Navel Orangeworm. The information gleaned from these traps is used to properly time any treatments required later in the growing season when the nuts become susceptible to damage.

In addition to treatments for insect management, growers have also been applying foliar nutrient sprays as well as fertilizer applications, either through soil applications or by injecting nutrients into the irrigation water. Observers are also reporting that growers have begun the regular ritual of weed control and vegetation management. Tractors pulling flail mowers were observed in many orchards mowing the orchard “middles”, the area between the tree rows, reducing the height of the vegetation to more manageable levels.

Observers are reporting that the crop has been developing well under the generally good conditions. Nuts in all varieties have begun the normal phase of “shedding”, where nuts that the trees are unable to support to harvest are sequestered from the flow of nutrients and shed to the ground. This is a normal process that occurs in April and early May each year, with the degree of shedding varying by variety and influenced by weather and orchard fertility.

Observers are reporting variable crop yields with younger more vibrant plantings exhibiting the greatest potential. Meanwhile, older plantings, especially those that yielded well in 2020 are exhibiting the weakest crops this year. Growers with Nonpareil plantings are reporting variable crop potential, with a crop viewpoint more optimistic by those in the southern growing areas. Grower with plantings containing the Carmel variety have reported that while the crop appears to be stronger than originally thought, impacts from Non-Infectious Bud Failure have limited this year’s crop potential. Observers are also reporting that yield potential of the late blooming Butte and Padre appears to be quite good and that plantings of the self-fertile varieties are carrying a very good crop.

Irrigation and water supplies required to get through the remainder of the growing season remain a prime concern for growers throughout the Central Valley. As noted in the March 29 report, growers drawing their water from state and federal water system are facing severe cutbacks, with most allocated no more than 5% of contracted amounts. Water supplies for growers along the eastside of the San Joaquin Valley are generally more liberal, depending on the local district. Growers in the northern areas, such as the Oakdale, South San Joaquin, and Modesto Irrigation District are expecting the greatest allocations, as much as 3 acre-feet of water per acre. Moving south, allocations diminish as related to snowpack conditions in the specific Sierra Nevada watersheds supplying each district. Growers in the Fresno Irrigation District have been told that deliveries will only be available for one month beginning June 1. Those facing the greatest cutbacks are working to purchase supplies from alternative sources and drawing from their privately owned deep wells. For those desiring to purchase and transfer water to their locations, costs ranging from $400 per acre-foot in the Sacramento Valley to as high as $2,000 per acre-foot along the west side of the San Joaquin Valley have been reported. All growers are monitoring their water use closely, working to meet the trees needs while stretching limited supplies as far as possible. Growers facing the greatest limitations are employing lessons learned during the 2014-15 drought years, working to manage stress levels within their orchards. However, growers are keenly aware that while elevated stress levels will impact this year’s crop, greater impacts will be realized in the following crop. Reduced spur and flower bud development in the coming months will certainly adversely impact the production potential of the 2022 crop. 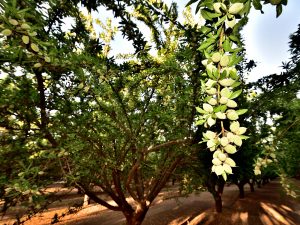 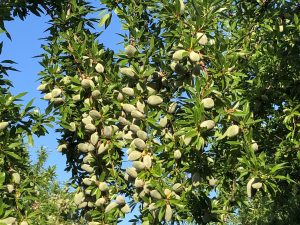 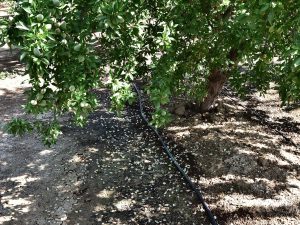 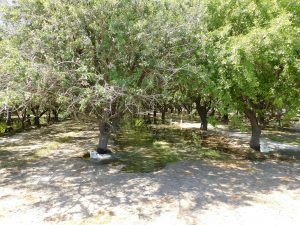 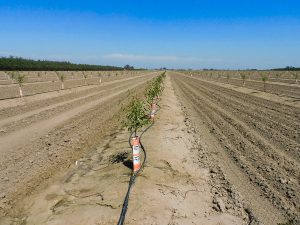 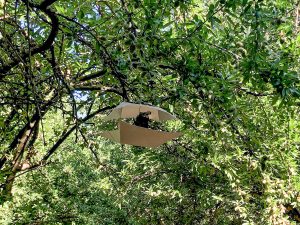 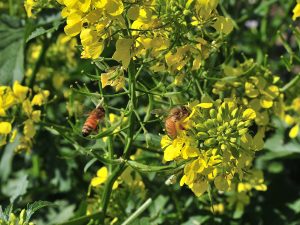 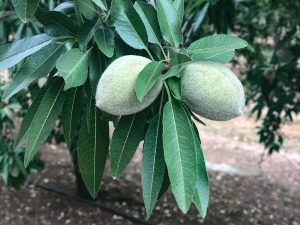