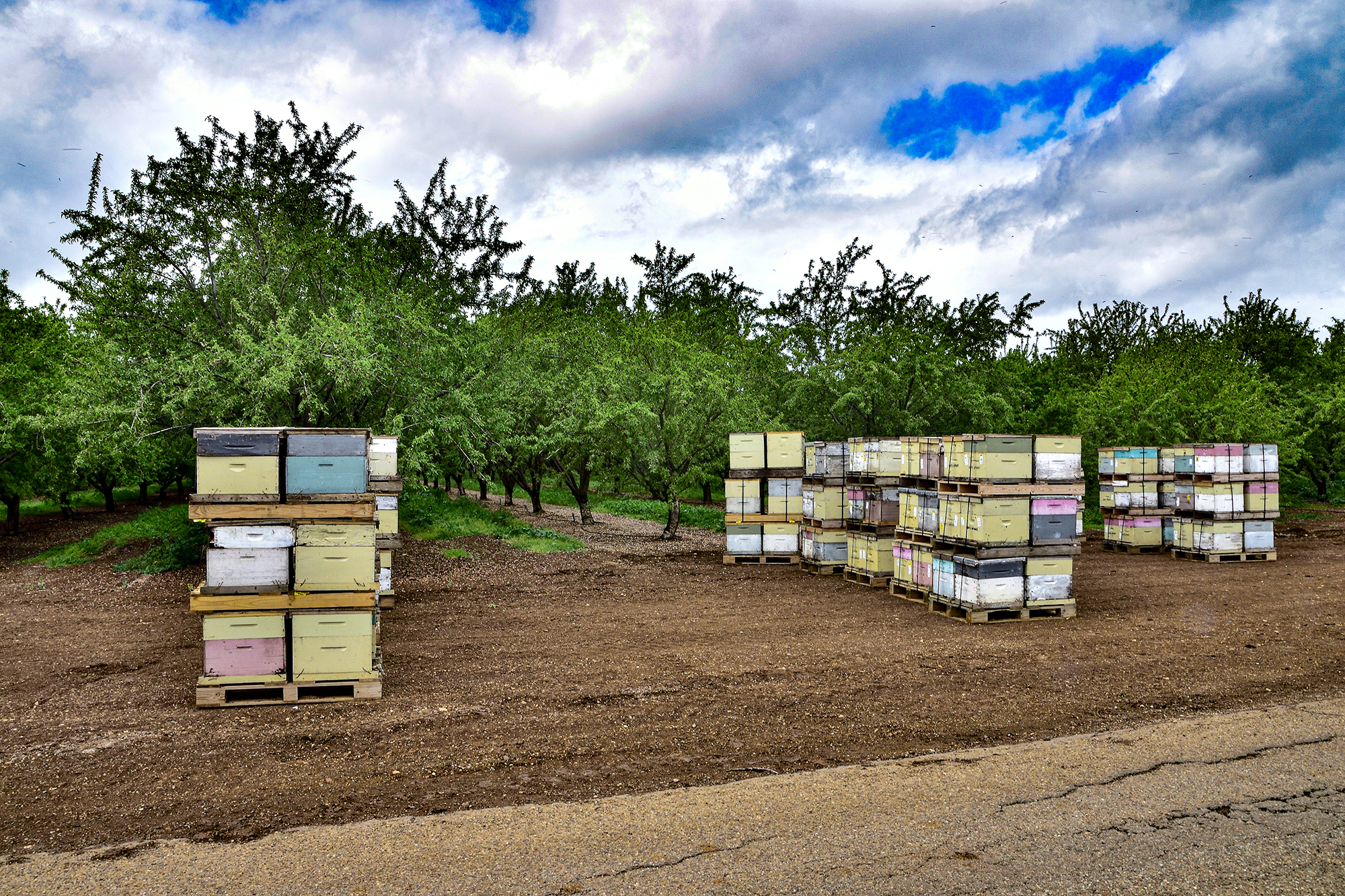 This report covers conditions and observations made during March 2020. The next scheduled report will be posted on Monday, May 4, 2020. In the event of any significant occurrences prior to that date, this site will be updated as soon as possible.

The dry, bright skies that prevailed over the 2020 bloom transitioned into more variable conditions during the last half of March as spring-time storm system swept over the Central Valley. While daily maximum temperatures reached into the upper 70’s and lower 80’s during the bloom, readings have generally been held to the mid and upper 60’s during the latter half of the month. Meanwhile, morning lows have been reported predominately in the mid and upper 30’s to lower 40’s. However, temperatures dropped into the upper 20’s and lower 30’s on a few days during the final week of the month, inspiring growers in the coldest areas to employ their irrigation systems to prevent the risk of frost damage. Those without water available also employed aircraft to fly low over the orchards to mix the warm air trapped by inversion layers with the colder air within the orchards. With the exception of a localized area of eastern Stanislaus County, at this time, we have had no reports of frost damage to the crop. Rainfall totals for the month have varied widely, due to the localized nature of the cells created by the unstable air mass. Totals have ranged from as little as 0.25 inch to as much as 2.5 inches. Observers have also reported localized small hail in several areas. However, no significant damage has been reported.

Observers are reporting that crop development is progressing rapidly under the influence of the slightly above normal temperatures. Early blooming Nonpareil, Independence and the California type varieties have already shed unfertilized flowers to the ground while later blooming Butte and Padre are still shedding. Nutlets remaining on the trees are developing well, segregating to several sizes. In the coming weeks, the smaller nuts will be shed from the trees, while the larger sizes are retained. The degree of shedding is being determined by the weather and orchard fertility, where orchards with the best opportunity to meet the crop’s need will retain the greatest number of nuts to harvest.

Growers have been busy working to support the developing crop, with weed and disease management among the prime activities for many. While those in areas of the valley that have received the greatest amount of rainfall have been able to eliminate an irrigation, many growers still applied just enough water to also apply fertilizer to feed the crop, thus preventing a trip through the orchards with heavy equipment. Where possible, mowing weeds in the orchard “middles” and treatments to prevent fungal activity resulting from the rainfall have also been conducted. Clusters of nutlets trapping the now split jackets can promote fungal activity within the trees. If not controlled, the growing fungus can easily spread to the growing nutlets, significantly impacting the crop. Growers with the wettest conditions have resorted to aerial applications where required.

Prior to the rain, some Pest Control Advisors, PCA’s, had noted activity by web spinning mites. Normal winter rains tend to reduce populations and feeding. However, the lack of winter rainfall this year has promoted earlier activity in the orchards. So, while the recent rains can promote disease as noted above, they also provided the benefit of literally washing mites from the trees. Growers want to delay treatments to control mites as long as possible, allowing beneficial predator mite species and beneficial insects enough time to naturally reduce mite populations below damaging levels. Growers and their PCA’s have also noted trapping Navel Orangeworm moths as they emerge from mummy nuts remaining in the trees. Observers along the east side of the San Joaquin Valley are also on the lookout for Leaf-Foot Plant Bugs. As the surrounding grassy areas dry, this insect moves into the orchards and feeds on the developing nuts. While not a widespread pest, the insect can cause significant losses when present in the orchards.

Over the coming weeks, growers will continue to monitor their orchards and treat for fungal diseases as needed. Meanwhile, irrigation, fertilization and weed management decisions will dominate the grower’s thoughts and actions. 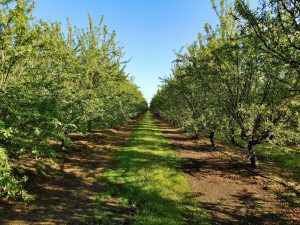 Nonpareil and Aldrich in Madera County 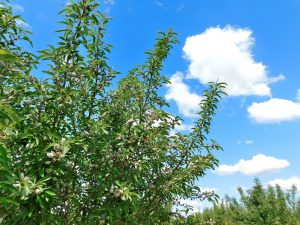 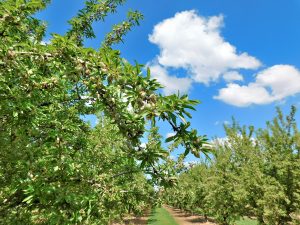 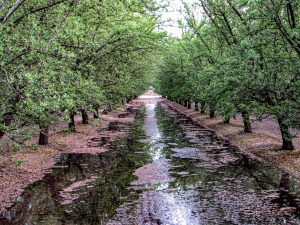 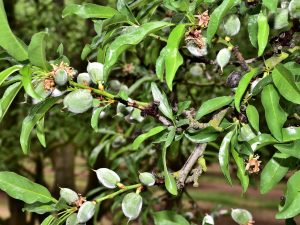 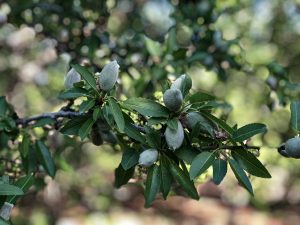 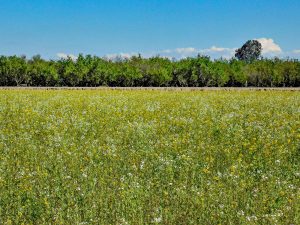 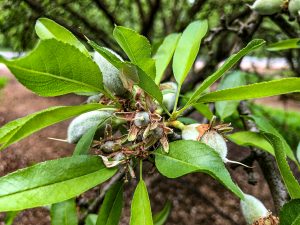