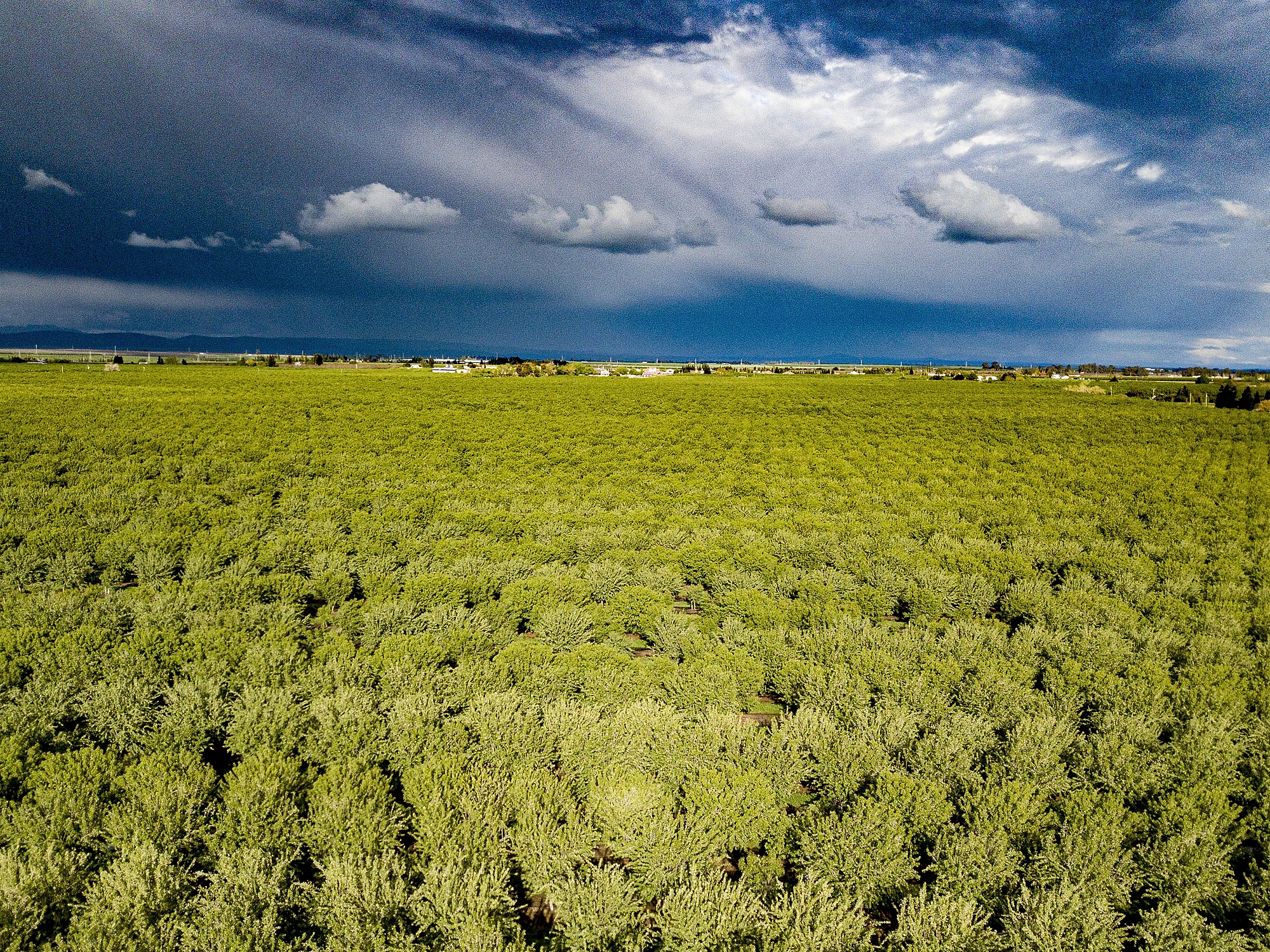 This report covers conditions and observations made between Monday, March 30 and Sunday, May 3, 2020. The next scheduled report will be posted on Monday, June 1, 2020. In the event of any significant occurrences prior to that date, this site will be updated as soon as possible.

Springtime storms fought for control of the Central Valley’s weather during the first half of April with clear bright skies occasionally yielding to vigorous cells that passed over the state from the Pacific Ocean. Daily maximum temperatures were reported in the upper 50’s and lower 60’s during the first half of the month as storms swept over the Central Valley dropping from 0.25 to nearly 3.0 inches of rain from isolated cells. While there were reports of hail produced by the strongest cells, no significant damage or losses have been reported. Conditions improved notably in the month’s final weeks as stormy conditions avoided the state and daytime temperatures reached into the upper 8o’s and low to mid 90’s. Morning low temperatures followed the daily trend, with readings in the low to mid 40’s early in the month rising into the low to mid 50’s in the period’s final week.

Growers and observers are reporting that the 2020 crop is developing well, with little adverse impacts from the springtime storms earlier in the month. While areas of the valley did receive fairly significant amounts of rainfall, particularly in the southern San Joaquin Valley, there were more than enough days of bright, warming sunshine to adequately support the developing crop. Observers are reporting that the nuts in all varieties are now fully sized and well into the differentiation process wherein the nuts that the trees are unable to support to harvest have been cut off from the flow of nutrients and are being “shed” to the ground. This natural process occurs to varying degrees in each variety, with some shedding significantly more nuts than others.

Growers have been busy irrigating and fertilizing their orchards to support the developing crop and provide nourishment for the spurs needed to produce flower buds for next year’s crop. Fertilizer materials are typically injected into the flow of water in micro-sprinkler and drip irrigation systems. This is the most efficient method of fertilization, saving passes with heavy equipment while placing the nutrients immediately in the root zone for faster uptake and reduced losses. Growers who obtain their supplies of irrigation water from the California State Water Project and Federal Central Valley Project are facing reduced allocations this year. Allocations are varying from 15% to 75% of contracted amounts, depending on location. Allocations for those sourcing their water from local irrigation districts on the east side of the San Joaquin Valley are running at better levels, with several districts providing full allocations. Growers facing limitations in their normal supplies will be working to secure additional water from other sources in order to meet their water needs.

Vegetation management, also known as weed control occupied much of  the month as growers and their employees used flail mowers to reduce the growth in the orchard “middles”, the area between the tree rows.

During the growing season, growers and their Pest Control Advisors (PCA’s), regularly monitor the orchards for signs of insects and disease presence. Leaf-Footed Plant Bugs (LFPB), which can inflict significant losses through their feeding on the nuts, can move into the orchards as neighboring forage crops are harvested and nearby grasslands dry out. LFPB and stink bugs, both feed by probing the nut, much like a mosquito. Growers and PCA’s search for signs of feeding, seen as a clear exudate dripping from the nut, and hope to find any growing population before damage reaches critical levels.

Navel Orange Worm (NOW) adult moths typically emerge from their overwintering sites in the mummy nuts during the last half of April. After mating, the moths then return to the mummies to lay eggs, repeating the generational cycle. While PCA’s use egg traps to monitor the egg laying activity in order to schedule any necessary treatments for the most effective timing, new technology is also being employed to reduce the number of fertile eggs produced. Many PCA’s and growers have adopted “mating disruption” techniques, wherein devices are placed in the orchards to release synthetic pheromones. Pheromones are produced by the female moths to “call” the males and facilitate mating. Synthetic pheromones released from the devices hung in the orchards overwhelms the males, complicating their efforts to find the fertile females and mate. The final impact is fewer fertile eggs, lower populations of NOW in the orchards, and reduced damage to the crop. Placed in the orchards earlier in the season, the devices suppress NOW populations during the entire growing season, reducing the amount of pesticides needed for ultimate control.

Growers are reporting strong yield potential in all areas and many have sent crews into the orchards to wrap ropes around the trees to support the weight of the growing crop.  As may be seen in the accompanying photo, the nuts have not yet solidified and therefore are not yet at full weight. Windy conditions in the closing days of the periods, with speeds approaching 20 mph have blown over the most heavily laden trees and broken branches, creating additional work for growers throughout the Central Valley as they remove the damaged trees from their orchards. 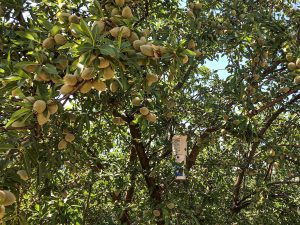 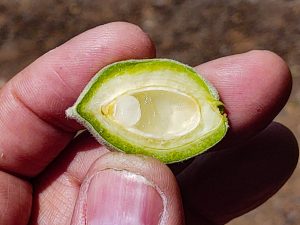 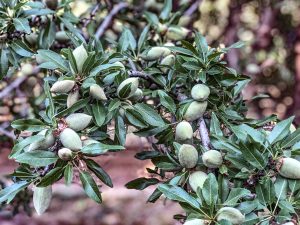 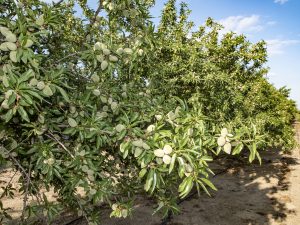 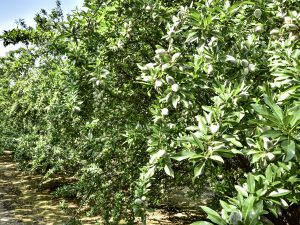 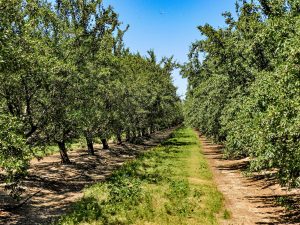 Butte and Padre in Madera County 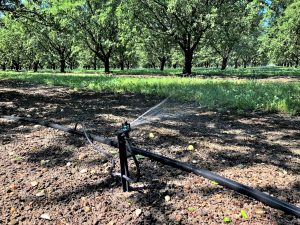