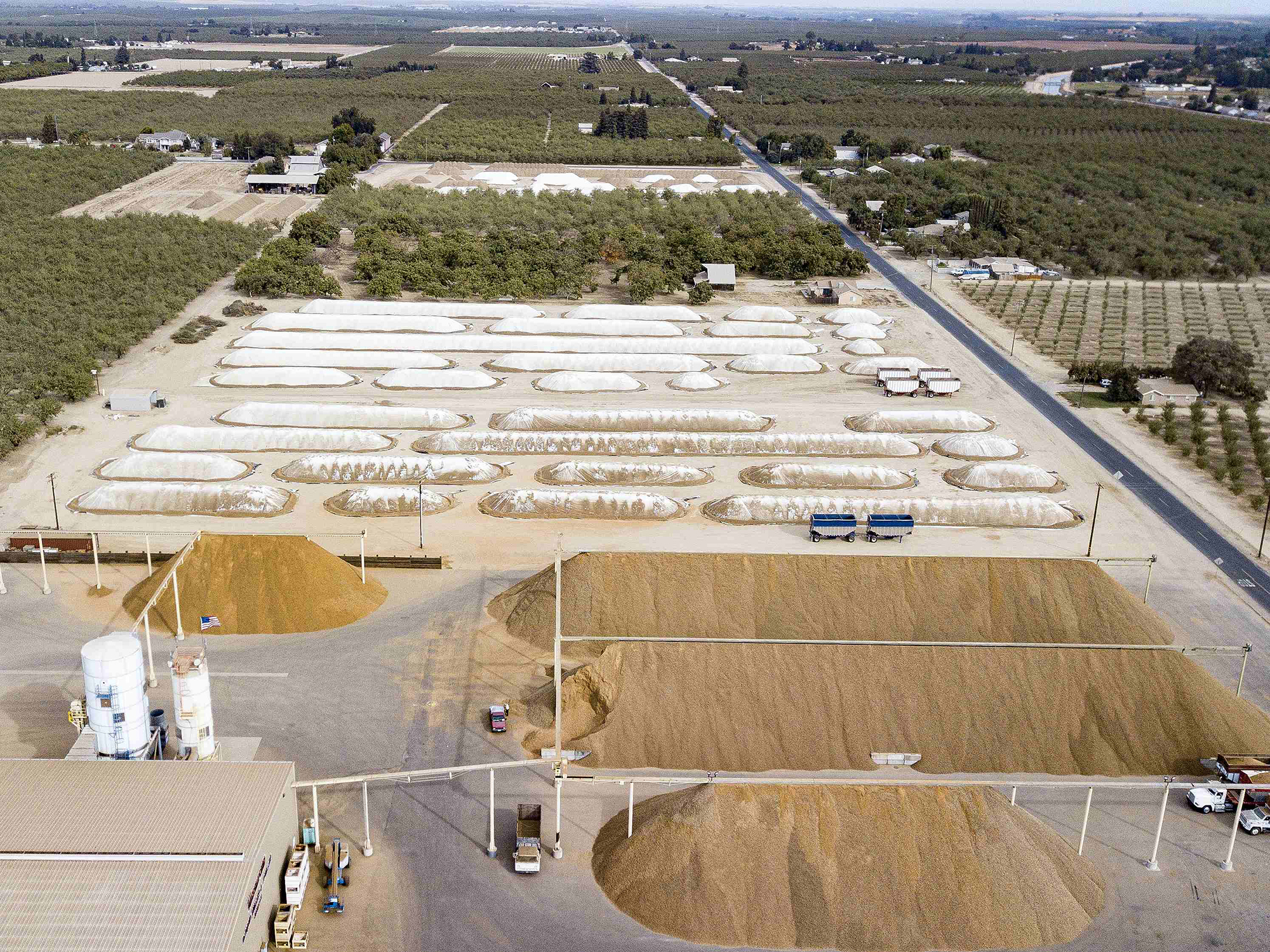 This is the final report of the 2020 crop year, covering the conditions and observations made between Monday, September 28, and Sunday, October 25, 2020. The next report will be posted on or about Monday, February 1, 2021 prior to the start of the 2021 bloom.

Skies cleared and temperatures moderated during October as the 2020 harvest entered its final weeks.

Following weeks of heavy smoke that dominated the valley’s weather since mid-August, all growing areas enjoyed the clear skies, bathing the orchards in the radiant warmth of the sun. Daily maximum temperatures reached to near or slightly above 100 degrees throughout the Central Valley in the period’s opening days. Readings then began a gradual decline to the upper 80s and lower 90’s, before a brief dip into the mid and upper 70’s as the remnants of a sub-tropical weather system passed over the state. Maximum temperatures then rose back to the upper 80’s and lower 90’s for the balance of the period. Morning lows exhibited a bit more stability, dropping from the upper 50’s and lower 60’s as the period began, to the low to mid 50’s in the period’s final week.

Harvest operations in California’s almond orchards are now nearly completed. Observers have reported that only a small percentage of the orchards still have crop to be picked up and all anticipate that the last orchards should be done by the first week of November. Growers have been working through the last to harvest Fritz and Monterey varieties, as well as late maturing blocks of Butte, Padre, and Carmel. Conditions for harvesting improved greatly during October, as smoke cleared from the skies allowing the sun’s radiant heat to reach the orchard floors. This provided better drying of the crop after shaking, which also improved the hulling and shelling process, as well. As noted in last month’s report, hullers have been struggling with excessive hull moisture levels, making removal and separation of the hulls more difficult.

As growers make the final harvest passes through their orchards, post-harvest irrigation has been the most immediate concern. The poor drying conditions earlier in the harvest period meant that many growers had their first varieties laying on the ground for an extended period. Brisk winds also noted in last month’s report further complicated the harvest, extending the time with crop on the ground. For those without drip irrigation systems, providing water during this period has been impossible. Growers have been anxious to restore soil moisture levels and reduce stress on the flower buds differentiating for the next crop. Local irrigation districts are also ending their delivery season, further increasing the sense of urgency for those relying on surface water.

As shown in the photos accompanying this report, pruning, fertilizer, and soil amendment applications, and even planting new orchards have also become major activities following the completion of the harvest. Observers in all areas of the valley have reported that a significant number of older, low producing orchards are being pulled.

With the completion of harvest, huller/sheller facilities are turning their attention to processing the myriad of stockpiles scattered across the landscape. As the flow of product from the orchards began to dwindle, many began retrieving piles built by growers in or near the orchards. As this report was being prepared, stockpile yards at the huller/sheller locations largely remain full and many huller/sheller operators are reporting that they will be running stockpiled product into December, with larger operations expecting to run well into January.

Over the coming months, growers will complete pruning, brush shredding, and orchard sanitation. Shakers will be sent back to the orchards to remove nuts that failed to fall from the trees during the harvest. Sanitation is a particularly critical operation for the control of Navel Orangeworm that growers employ to reduce the number of larvae overwintering in the orchards and thus, reduce the impact on the following crop. Orchard removals will continue, and equipment will be serviced as all prepare for the 2021 bloom. 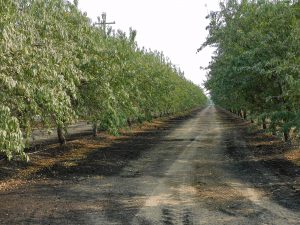 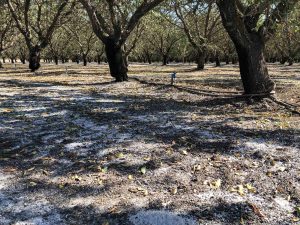 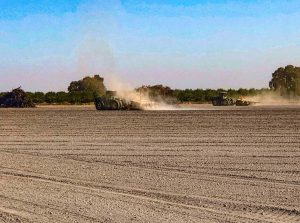 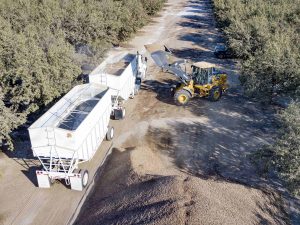 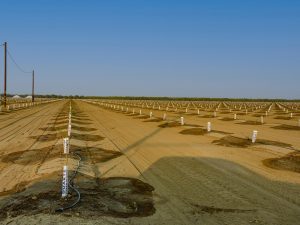 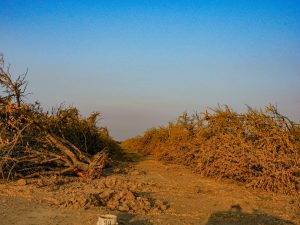 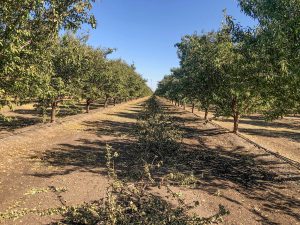