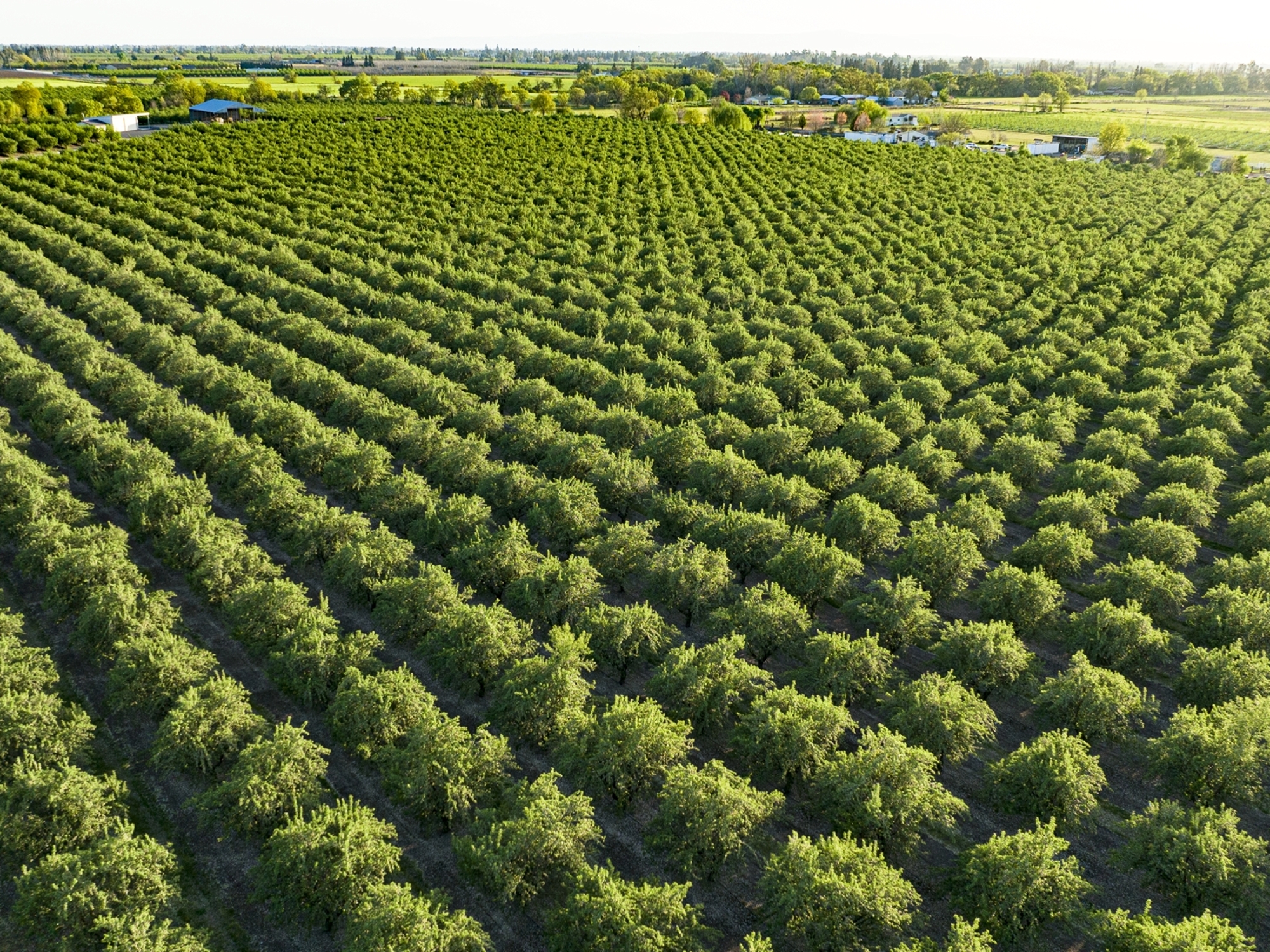 This report covers conditions and observations made between Saturday, March 19 and Sunday, April 3, 2022. The next scheduled report will be posted on Monday, May 2, 2022. In the event of any significant occurrences prior to that date, this site will be updated as soon as possible.

Warm temperatures and generally clear skies dominated the weather during much of the post-bloom period in the latter half of March, providing ample support for the developing crop. While a rather impressive low-pressure system delivered rainfall to much of the Central Valley on the 27th and 28th, the storm’s trajectory brought the greatest amount of precipitation to the southern San Joaquin Valley. Rainfall totals in the Sacramento Valley ranged from the 0.25 to 0.5 inch, while totals in the southern San Joaquin ranged from 0.3 to 1.2 inches. Daily maximum temperatures reached their highest values between the 23rd and 28th, with readings reaching into the mid and upper 80’s, setting a few new daily records. Temperatures dropped back into the lower 60’s with the storm system’s passage, then slowly climbed back into the mid and upper 70’s in the period’s final days. Meanwhile, morning lows generally ranged from the lower 40’s to lower 50’s, with lowest readings dipping into the upper 30’s on the chilliest mornings.

Growers spent the post-bloom period assessing their crops, working to determine the level of damage imposed by the bloom-time freeze event. Growers and observers are reporting that the greatest level of damage and crop loss has been incurred in the Sacramento Valley. The bloom in the Sacramento Valley ran several days ahead of the San Joaquin Valley and was therefore more susceptible to the cold temperatures. Orchards along the west side of the Central Valley, from Solano County northwards to Tehama County have been significantly impacted with many having lost most, if not the entire crop. Much of the area did not have water available to warm the orchards and thus protect the crop. Growers in the Sacramento Valley typically take advantage of the inversion layer that normally lay over the orchards, using low flying helicopters to bring the warm air aloft down into the orchard canopy. However, in this freeze event, the inversion was weak at best and helicopters were rendered useless. Best crops are found in orchards planted to late blooming varieties and in plantings where the bloom was delayed, imparting a greater degree of tolerance to the cold temperatures.

Moving south into the San Joaquin Valley, observers are reporting some degree of crop loss in plantings without water available that were unable to protect against the cold temperatures and in younger plantings that naturally have a lower heat reservoir within the orchard canopy.

Growers are working to manage resources very tightly this year. Costs of crop inputs such as fuel, fertilizer and crop protection materials have increased dramatically, in some cases doubling or more versus one year ago. Resource availability is also an issue, with growers reporting that some materials are not available at any price. Virtually all growers took advantage of the dry conditions during the bloom and delayed treatments to control fungal growth until petal fall. Growers have also delayed mowing vegetation in the orchard “middles,” the area between the rows.

Observers are reporting that nutlets in all varieties are growing daily under the warm temperatures. Jackets and smaller, unfertilized nutlets, are drying and dropping from the trees, aided by the winds that reached as high as 25 mph on several days. Many have reported that the expression of non-infectious bud failure in the Carmel variety is very pronounced this year. Virtually all Carmel plantings are expressing symptoms of the genetic disorder, in many cases in the extreme.

In the area of pest management, Pest Control Advisors are watching orchards closely for signs of Stink Bugs and Leaf-Footed Plant Bugs. Feeding by both insects caused significant damage and crop loss in many areas last year, killing smaller immature nuts early in the season and producing Brown Spot on more mature nuts, rendering them inedible. Pheromone traps used to monitor life cycle development of Navel Orange Worm and Peach Twig Borer have been hung in the trees and will be used to properly time treatments if required later in the growing season.

In addition to the issues listed above, water remains the prime concern for all growers this year. Allocations to growers receiving water from the federal Central Valley Project have been eliminated. Deliveries from the State Water Project have also been reduced from 15% to 5% of contracted amounts. At this point, growers within the Oakdale and South San Joaquin Irrigation Districts, serving areas of San Joaquin and Stanislaus counties are expecting full allocations. All other local districts have had their allocations reduced, and in many cases eliminated. Growers are forced to meter their limited supplies and/or acquire water from alternative sources, including groundwater in order to mitigate crop loss.

Water and crop fertility run hand-in-hand. As growers work to manage their water supplies, observers have reported orchards with a decidedly pale green tint, indicating reduced fertilizer applications. The rising cost of fertilizer materials, coupled with limited availability and lower crop values has forced growers to recalculate crop input decisions, which have the potential to impact this year and next year’s crop as well. These decisions will continue over the coming weeks as growers work to manage their orchards as efficiently as possible. 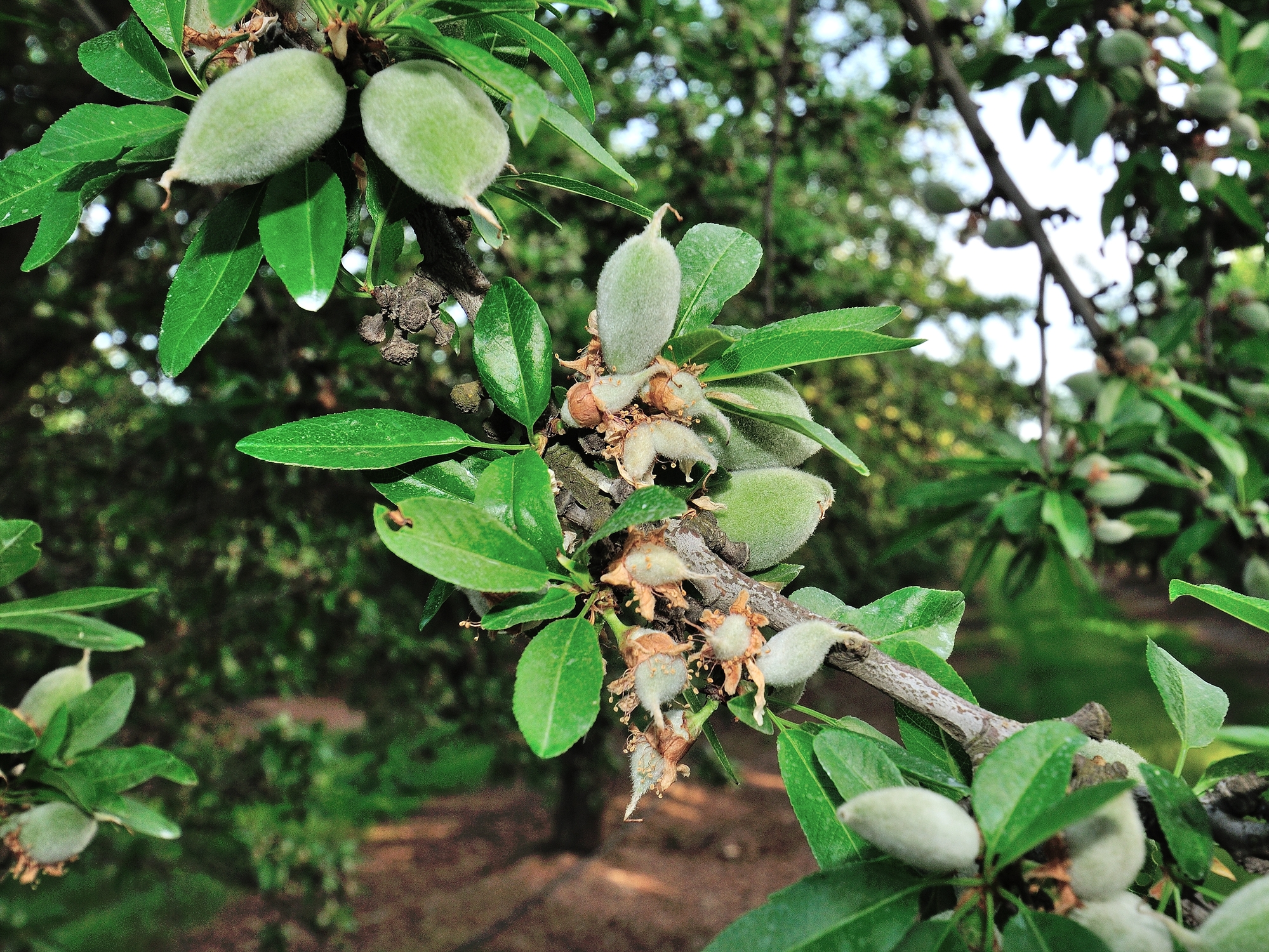 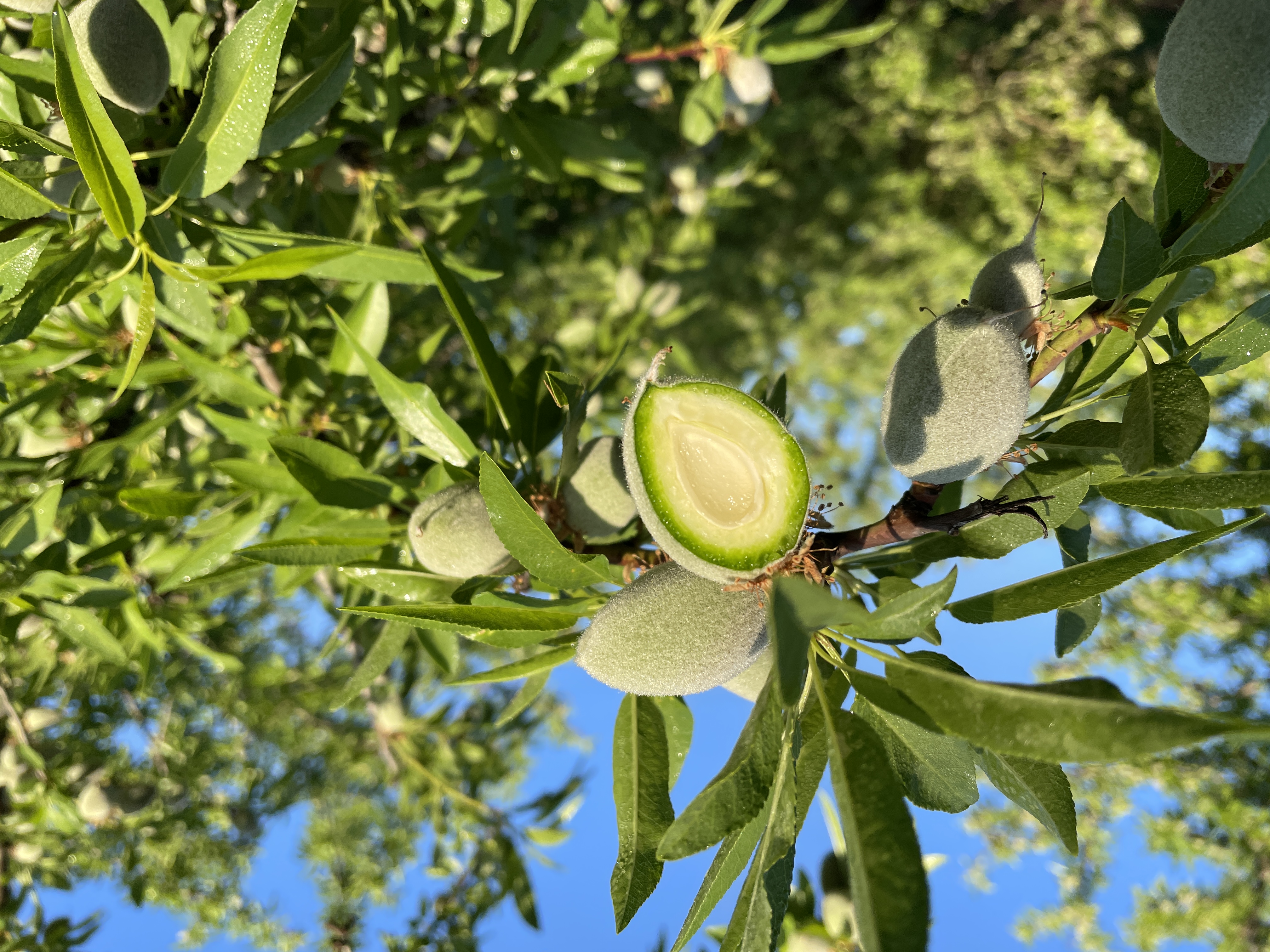 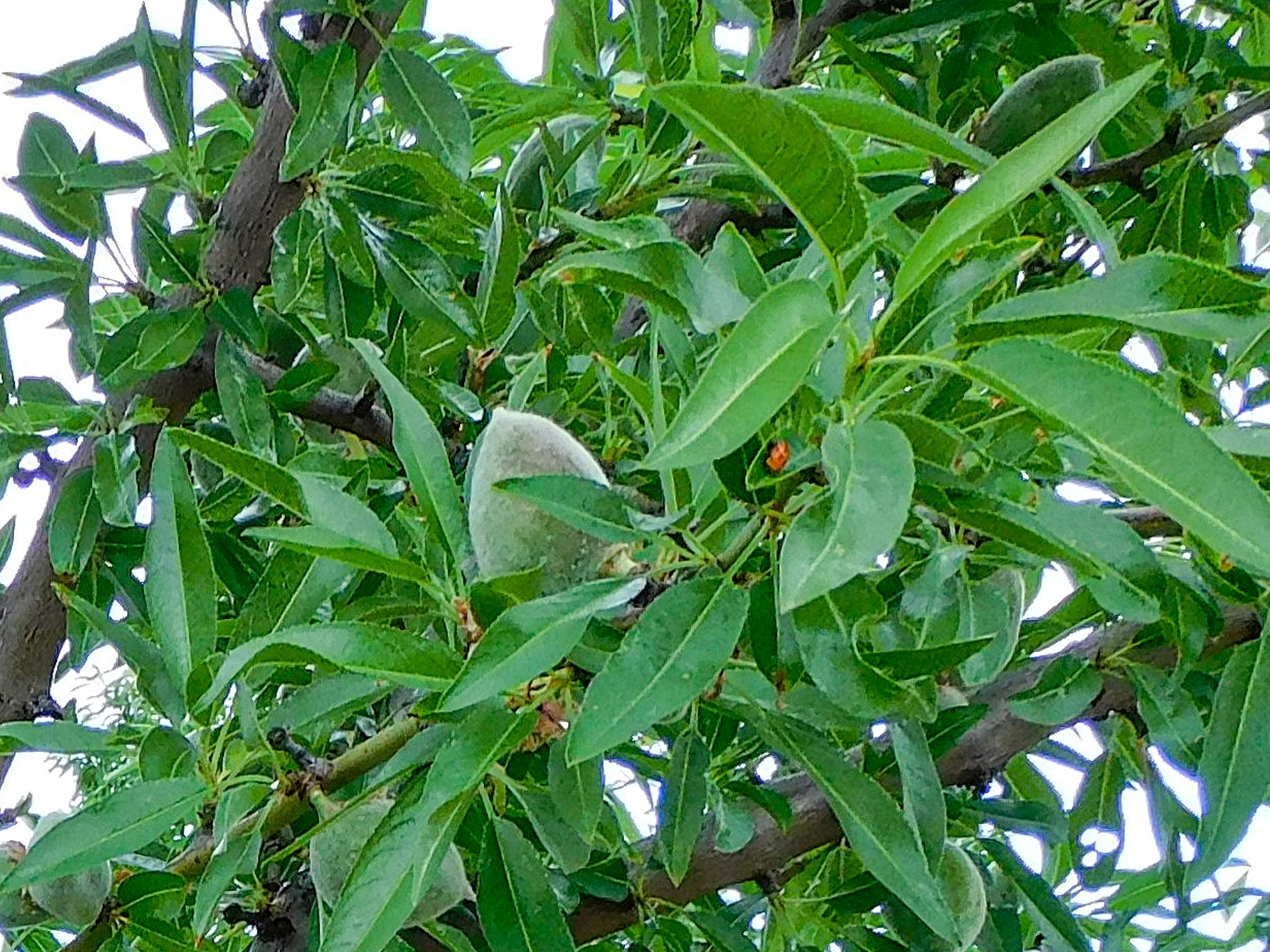 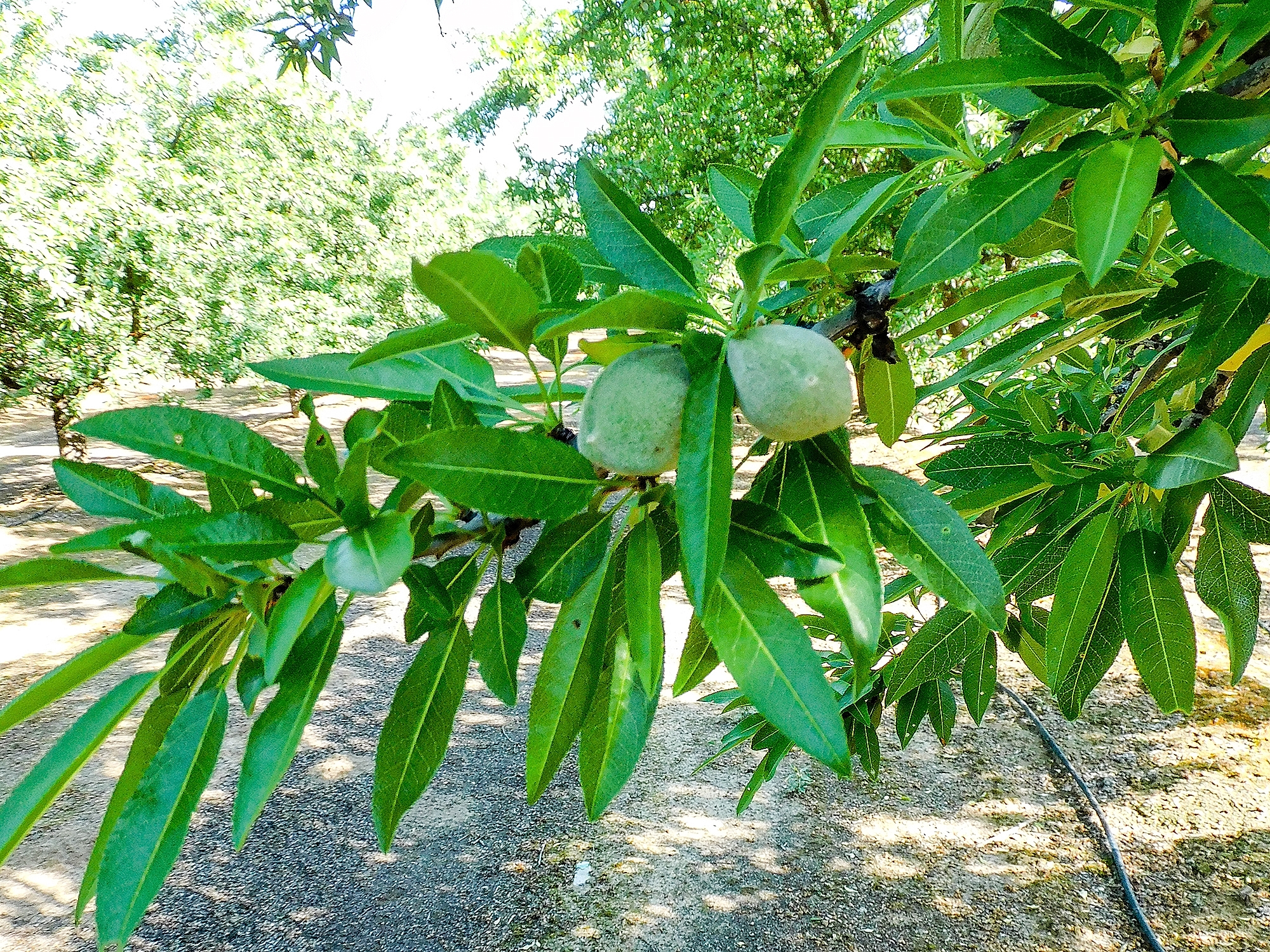 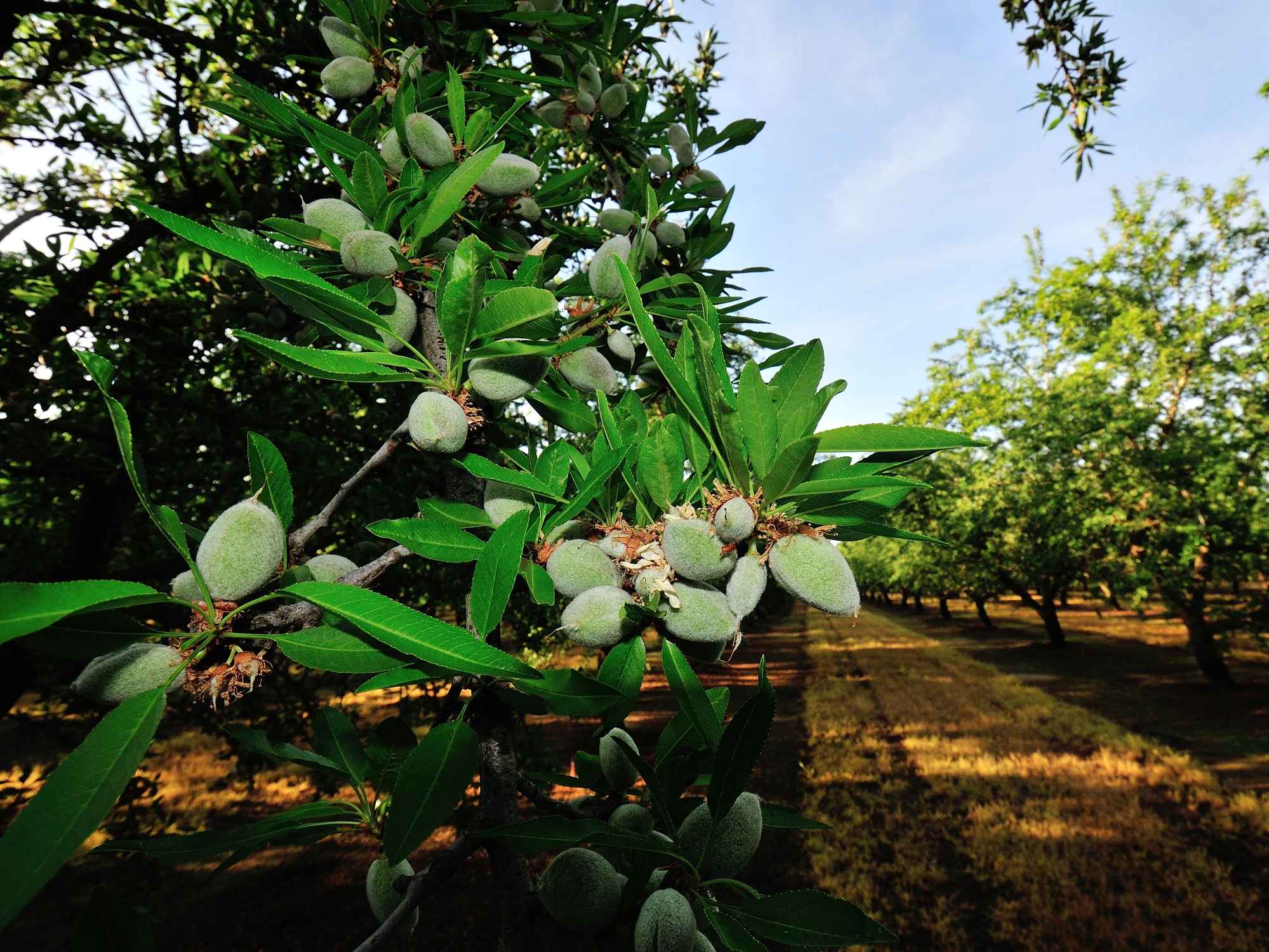 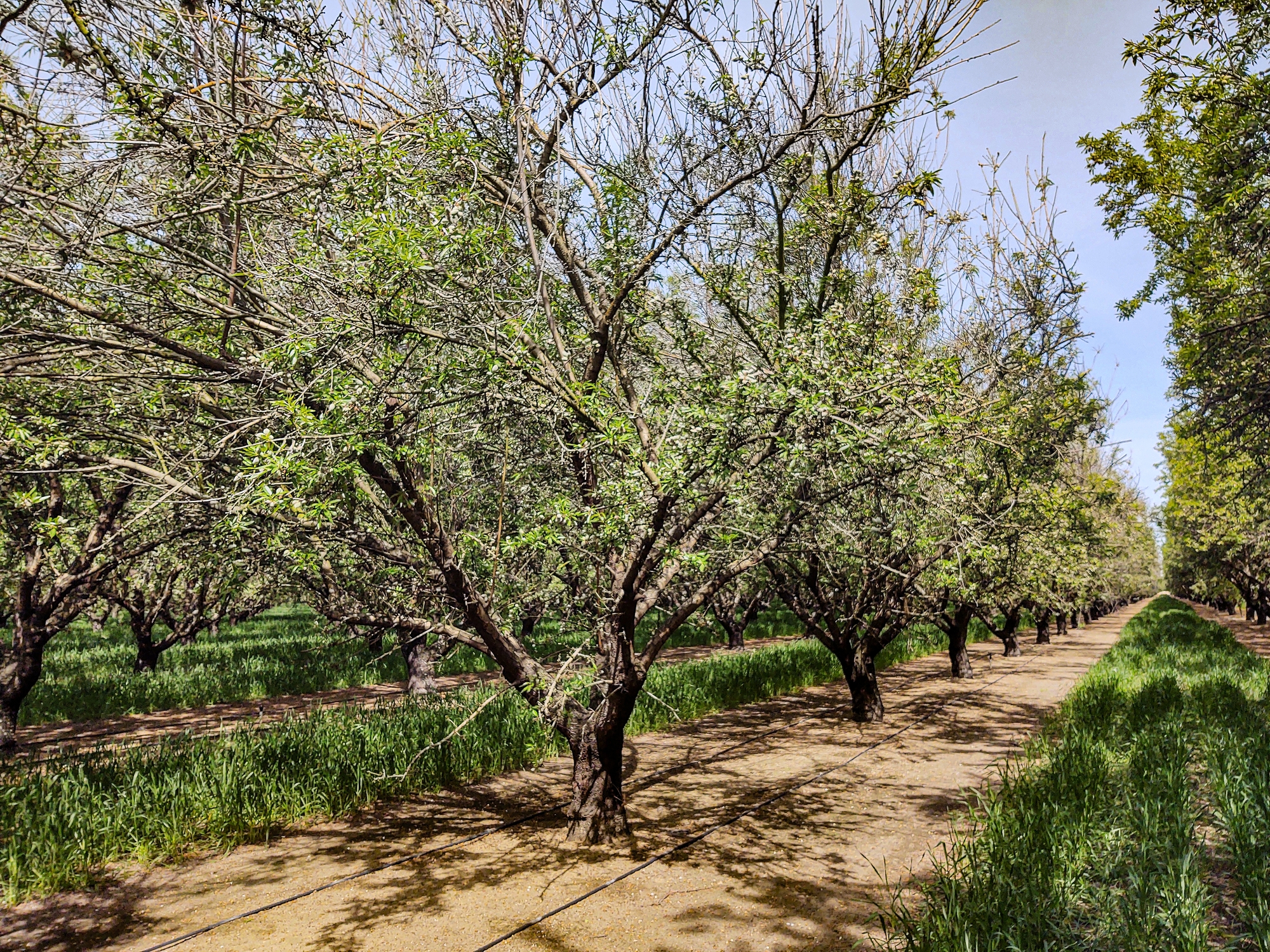