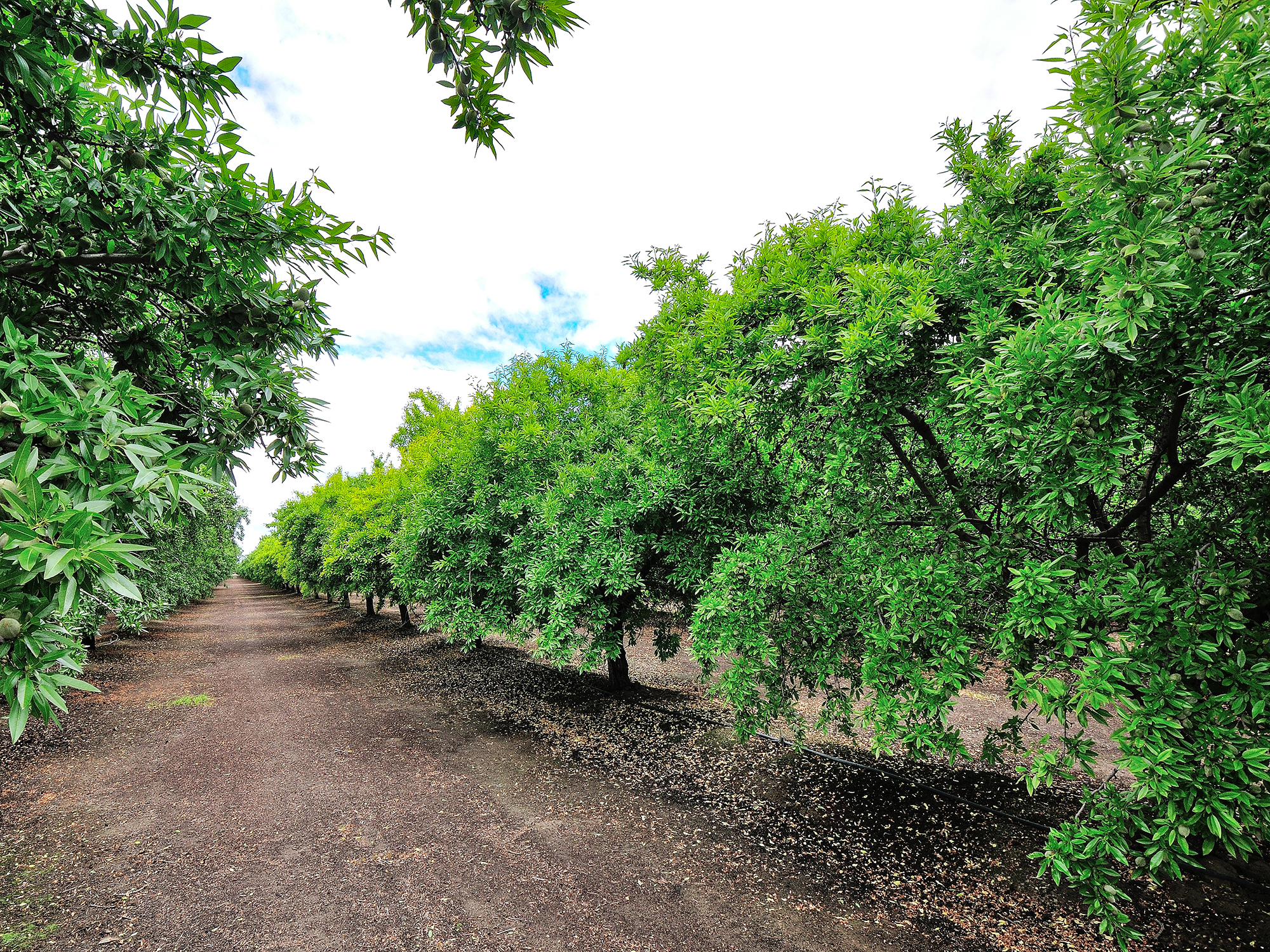 This report covers conditions and observations made between Monday, April 4, and Sunday, May 1, 2022. The next scheduled report will be posted on Monday, May 30, 2022. In the event of any significant occurrences prior to that date, this site will be updated as soon as possible.

California’s Central Valley experienced a wide range of weather conditions during April. Daily maximum temperatures varied widely, with highest values reported early in the period as readings reached into the low to mid 90’s in all regions. Readings for the balance of the period chilled significantly, varying between the mid 60’s and mid 80’s as several weather systems passed nearby or over the state. Morning minimum temperatures ranged primarily between the low 40’s to low 50’s, with the exception April 12th and 13th when readings dropped into the mid and lower 30’s bringing the risk of damage from frost back into focus. While there have been reports of damage to row crops and grapes in the northern San Joaquin and southern Sacramento Valley, we have had no reports of additional significant damage.

The return of rain in the Central Valley produced the most significant headlines of the period. The passage of two weather systems brought rainfall to the entire valley on April 16th and 21st, with greatest reported amounts coming from heavy downpours as storm cells traveled across the Valley. Total reported precipitation ranged from 0.2 inch to 1.25 inches, with highest values reported in the San Joaquin Valley owing to the more southerly trajectory of the storms.

Growers in all areas spent much of April evaluating their orchards and adjusting their budgets. As a result of the widely publicized bloom-time freeze, crop potential varies widely. Growers in the Sacramento Valley have experienced the greatest degree of loss and face particular challenges as they balance diminished income potential against rising production costs.

On the subject of Integrated Pest Management, growers in all areas have been monitoring their orchards for signs of problematic insects. Growers and Pest Control Advisors have noted signs of feeding by Plant Bugs, either Leaf-Footed Plant Bug or various Stink Bug species and treatments have been made in orchards with significant populations. Treatments have been coordinated with applications of foliar nutrients and controls for Navel Orange Worm (NOW) where traps used to monitor egg laying by the adult moths indicate the timing of greatest susceptibility. Puffers and “strips” designed to release pheromones to disrupt mating of NOW adult moths have also been placed in the orchards. When successfully deployed, mating disruption reduces the NOW population within the orchards, potentially reducing the need for pesticide applications and the potential for damage to the crop. Treatments required to control Scab and Rust have also been conducted. These applications have been challenged by winds that blew through the Central Valley for much of the period, limiting the number of days available to complete operations.

In addition to rising costs of resources such as fuel, fertilizer and crop protection materials, growers are also experiencing increasing costs of water. Those in areas where allocations have been reduced or eliminated are experiencing intense budgetary pressures as they work to procure the limited water available from alternate sources. Water costs ranging from $600 to $900 per acre-foot have been quoted in the Sacramento Valley. One sale was reported in the Panoche Water District in the San Joaquin Valley at $2,000 per acre-foot.

The rising resource costs have forced growers to face difficult decisions. Orchards can be observed along the west side of the Sacramento and San Joaquin Valleys that have not yet been irrigated. This includes some who escaped significant losses from the freeze event and have comparatively good crops. Orchards in areas of the San Joaquin Valley with poor quality ground water are beginning to show stress in the form of yellowing foliage. Spiraling fertilizer prices has forced growers to withhold or reduce applications and weed control within the many plantings has been reduced as growers work to limit the number of passes through the orchards by tractor drawn mowers. Orchards may also be observed where the irrigation systems have been removed as the growers prepare to pull the trees.

Despite the challenges, time marches on and the crop continues to develop. Shedding of the nuts the trees are unable to carry to harvest is complete, aided by the winds that have scrubbed nuts from the trees. The nuts remaining in the trees have begun to solidify, a process that will be completed in the coming weeks. During this time, growers will continue to monitor their orchards and tend to meet their needs in the best manner possible. 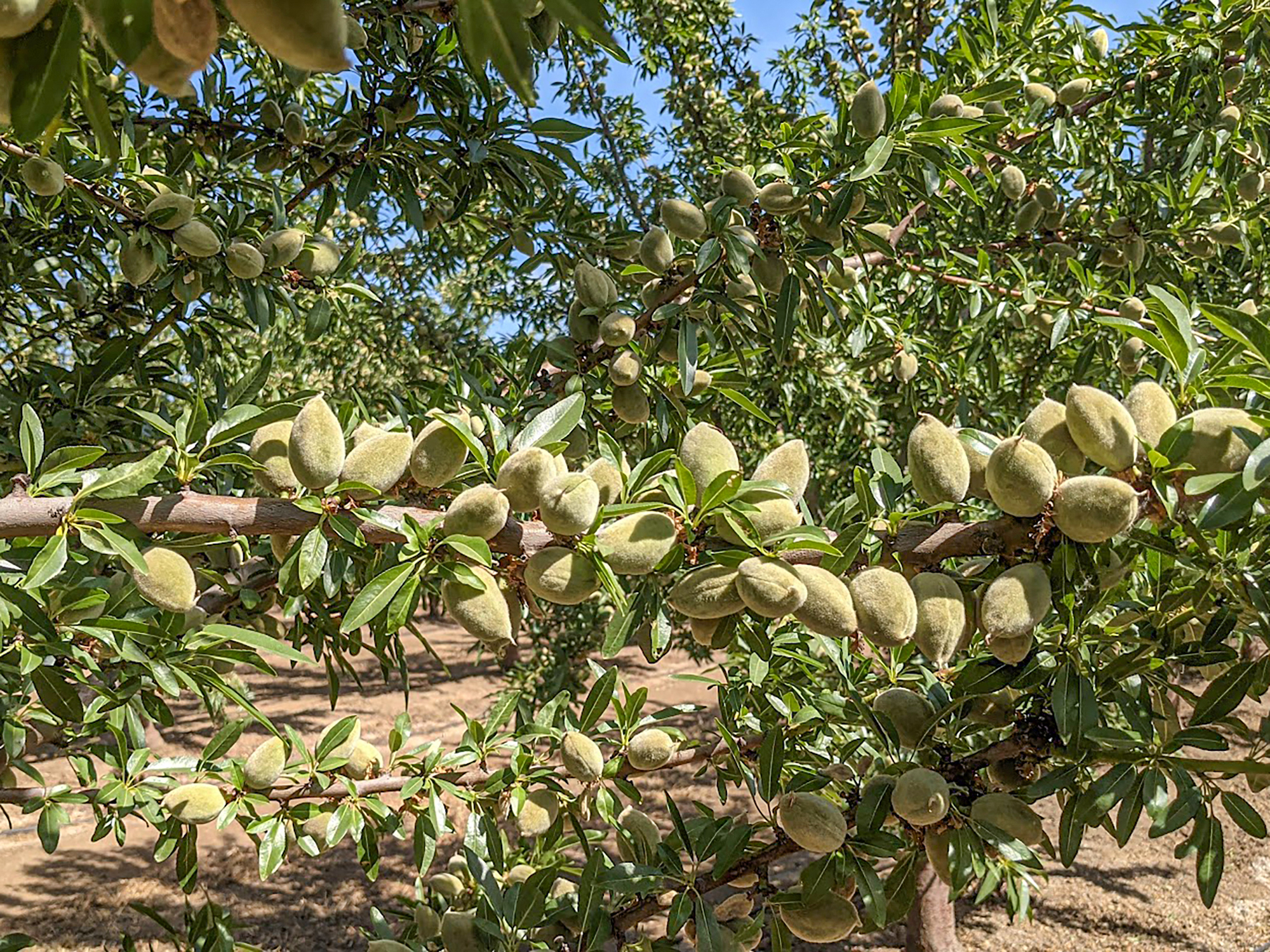 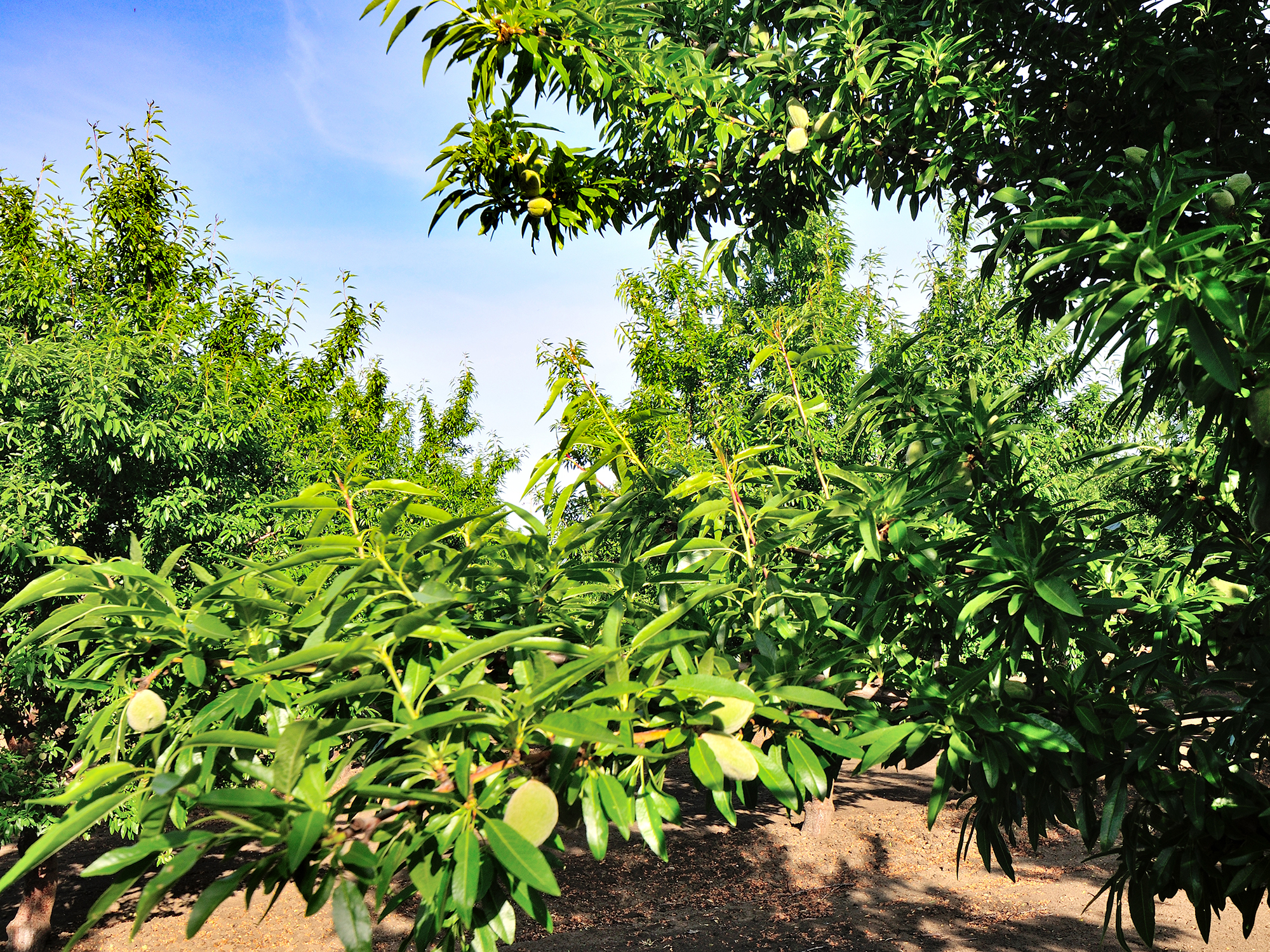 Weak Independence Crop in Solano County After the Freeze 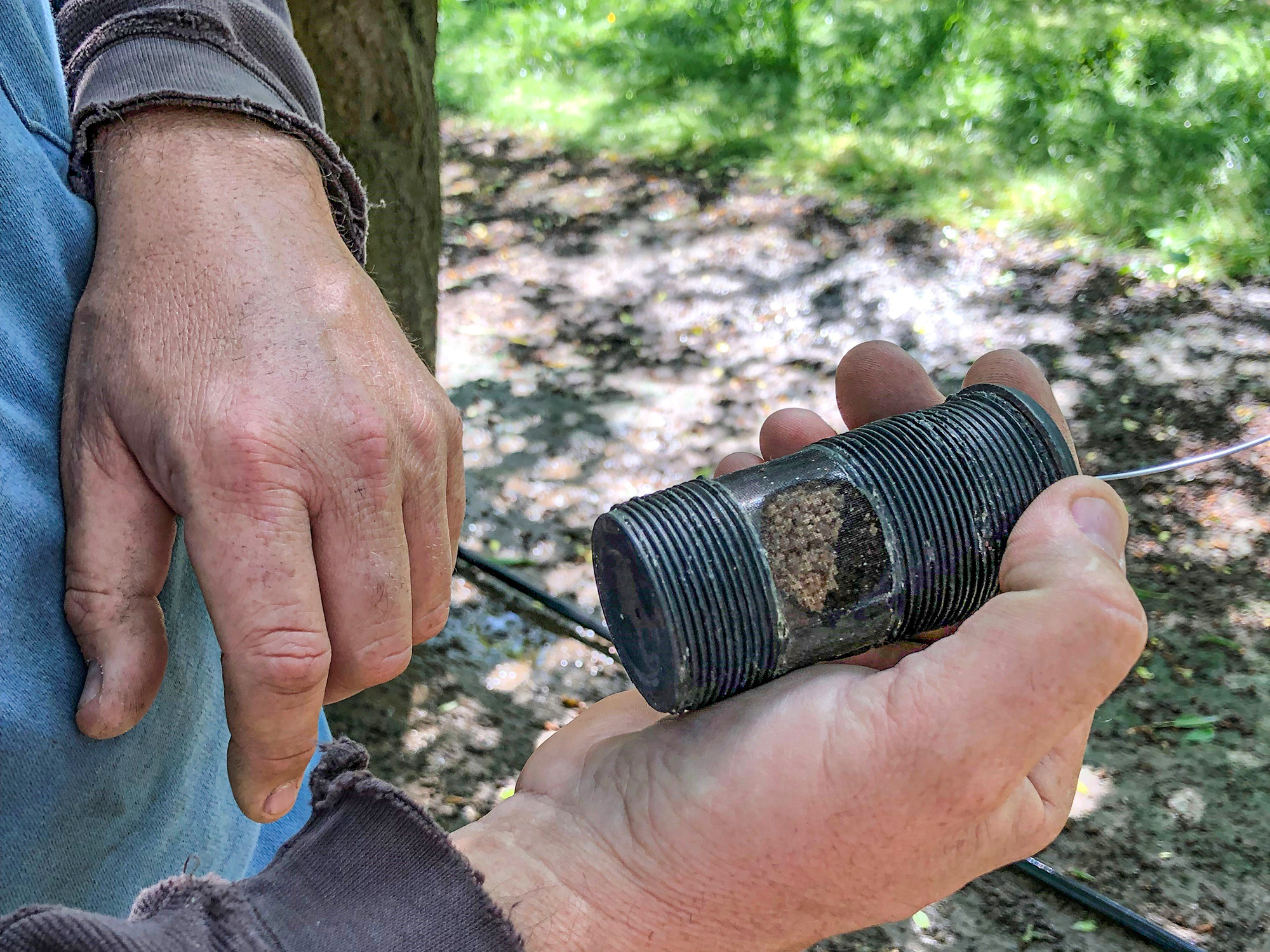 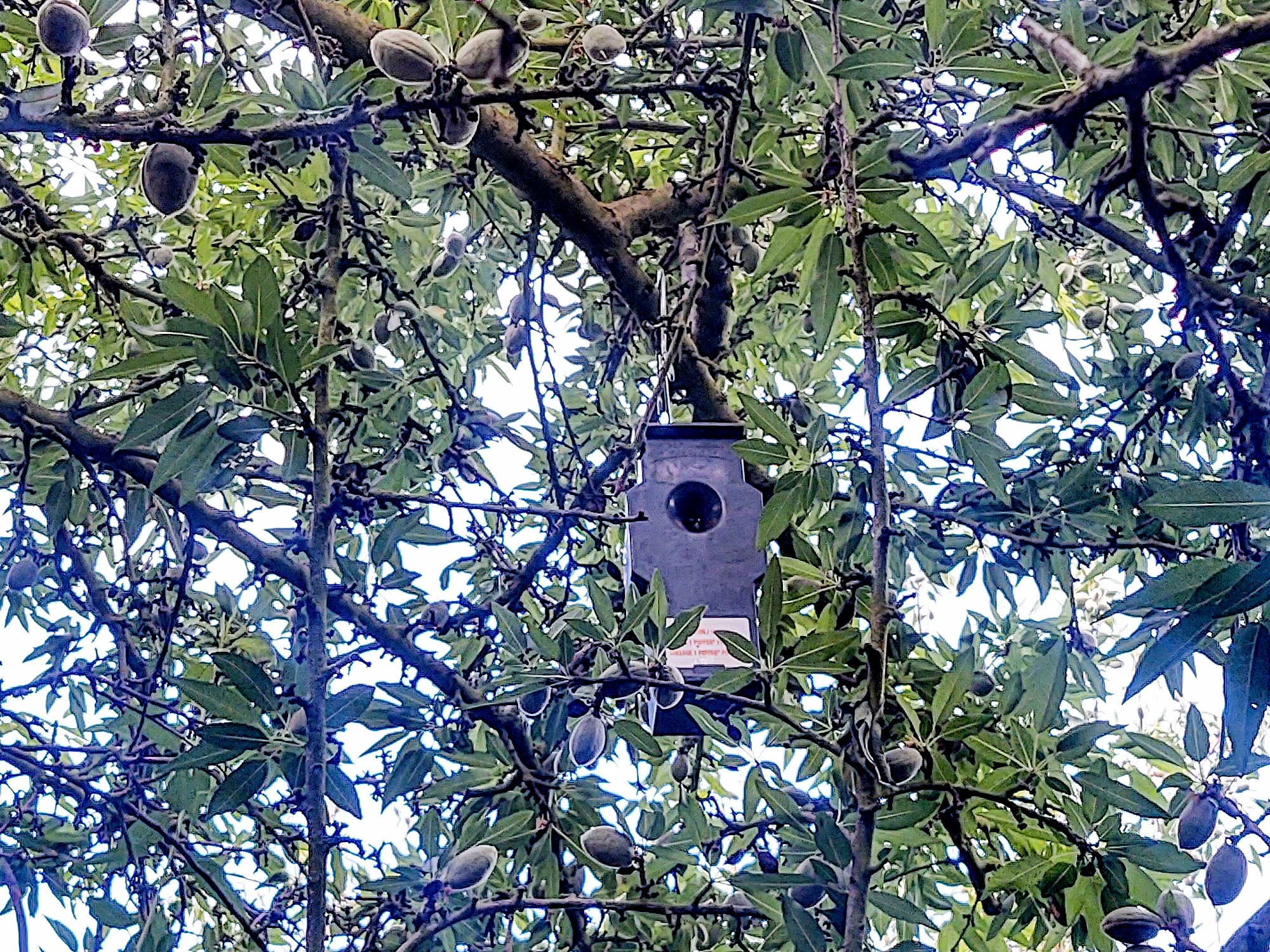 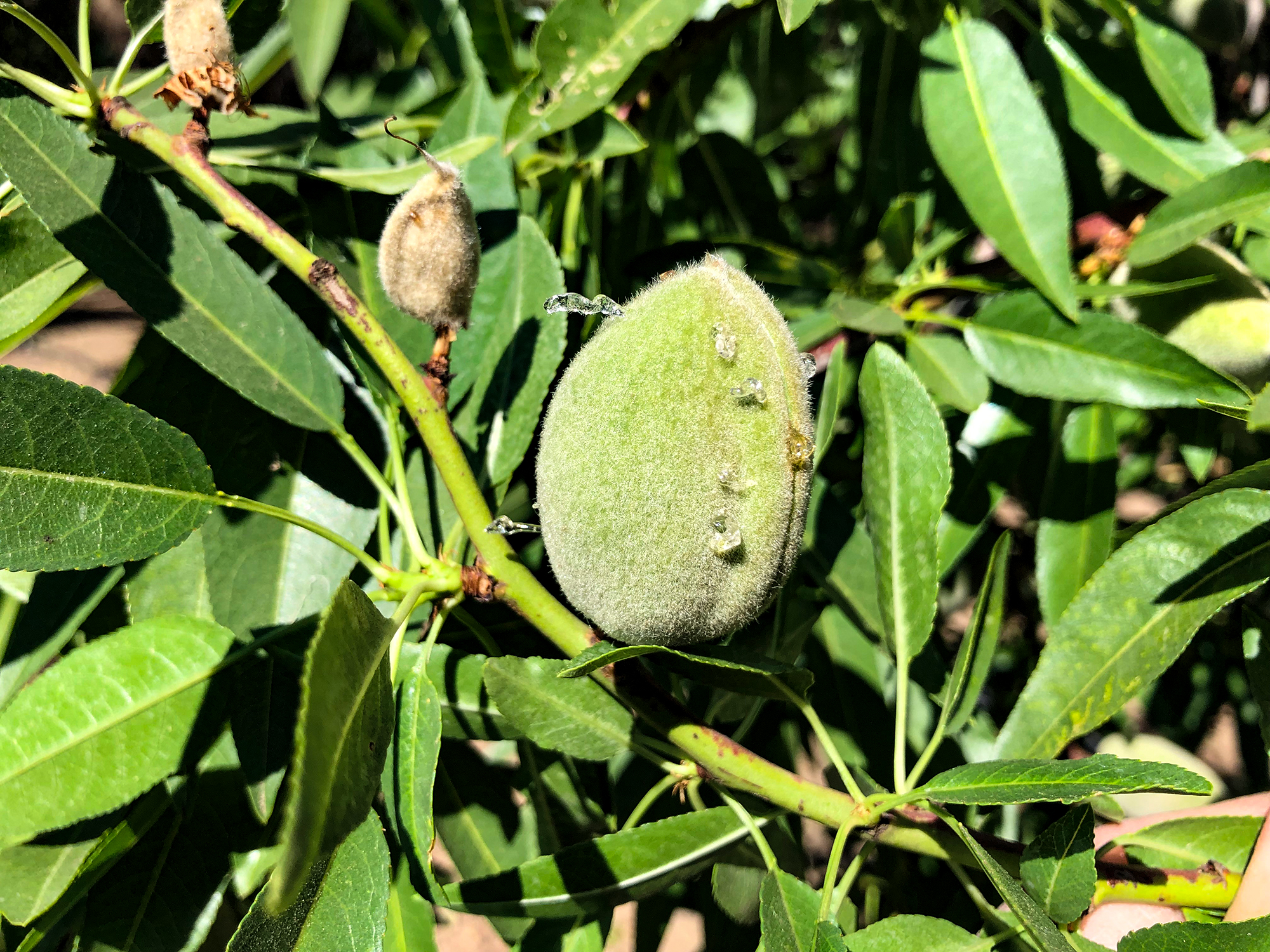 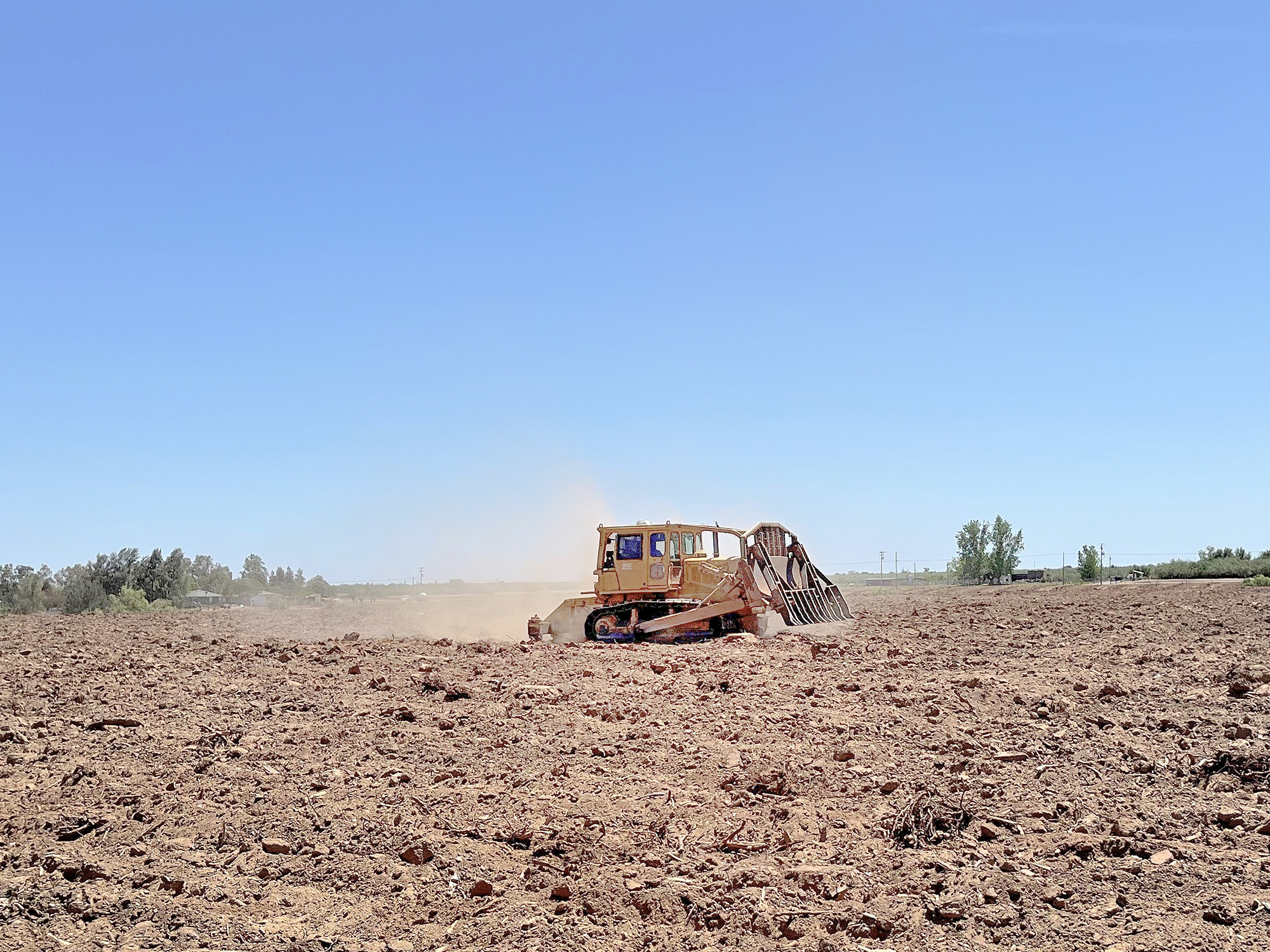 Ripping Orchard After Incorporating Chips Prior to Replanting in Colusa County 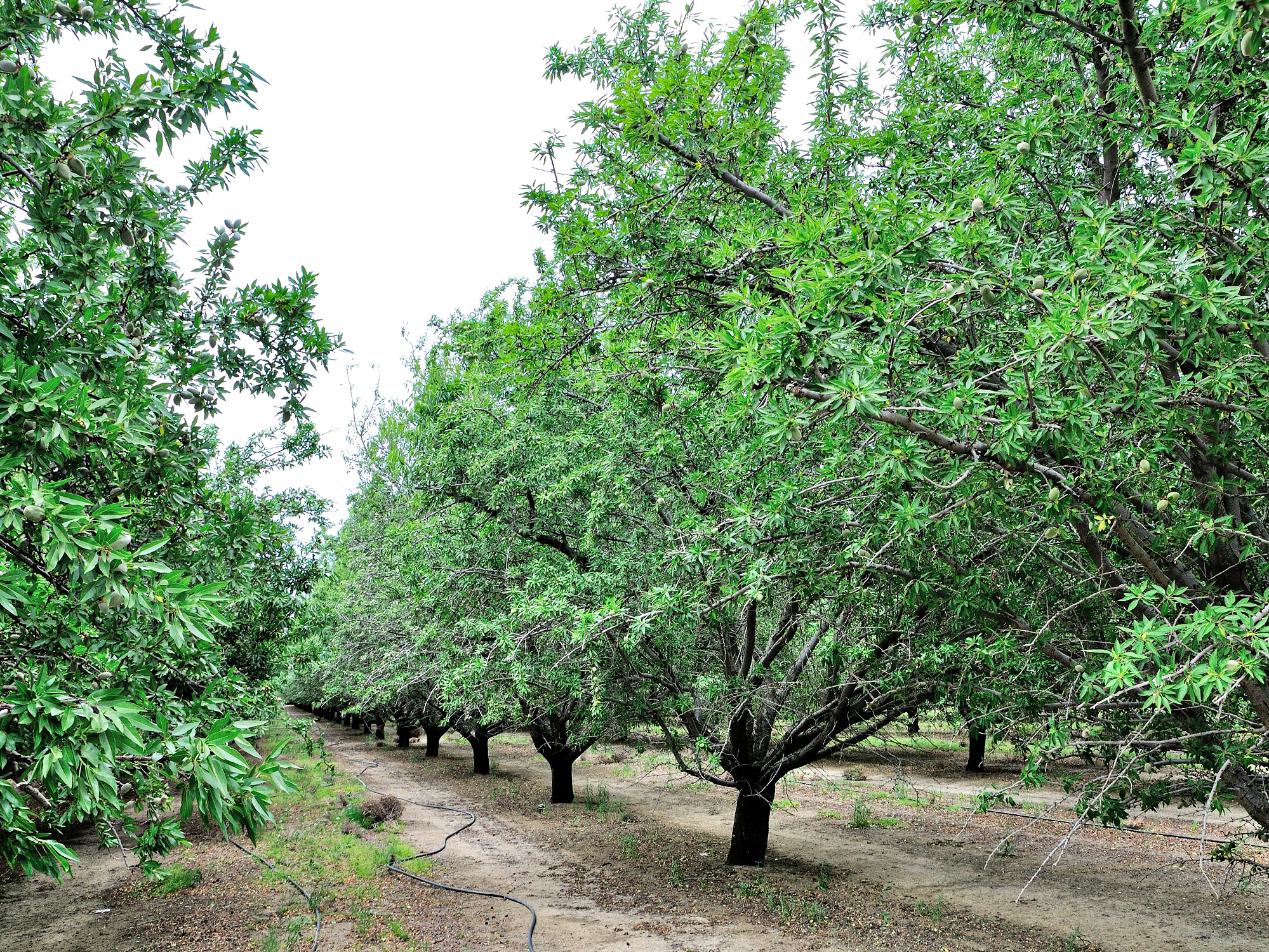 Orchard with Irrigation System Pulled for Removal in Kern County 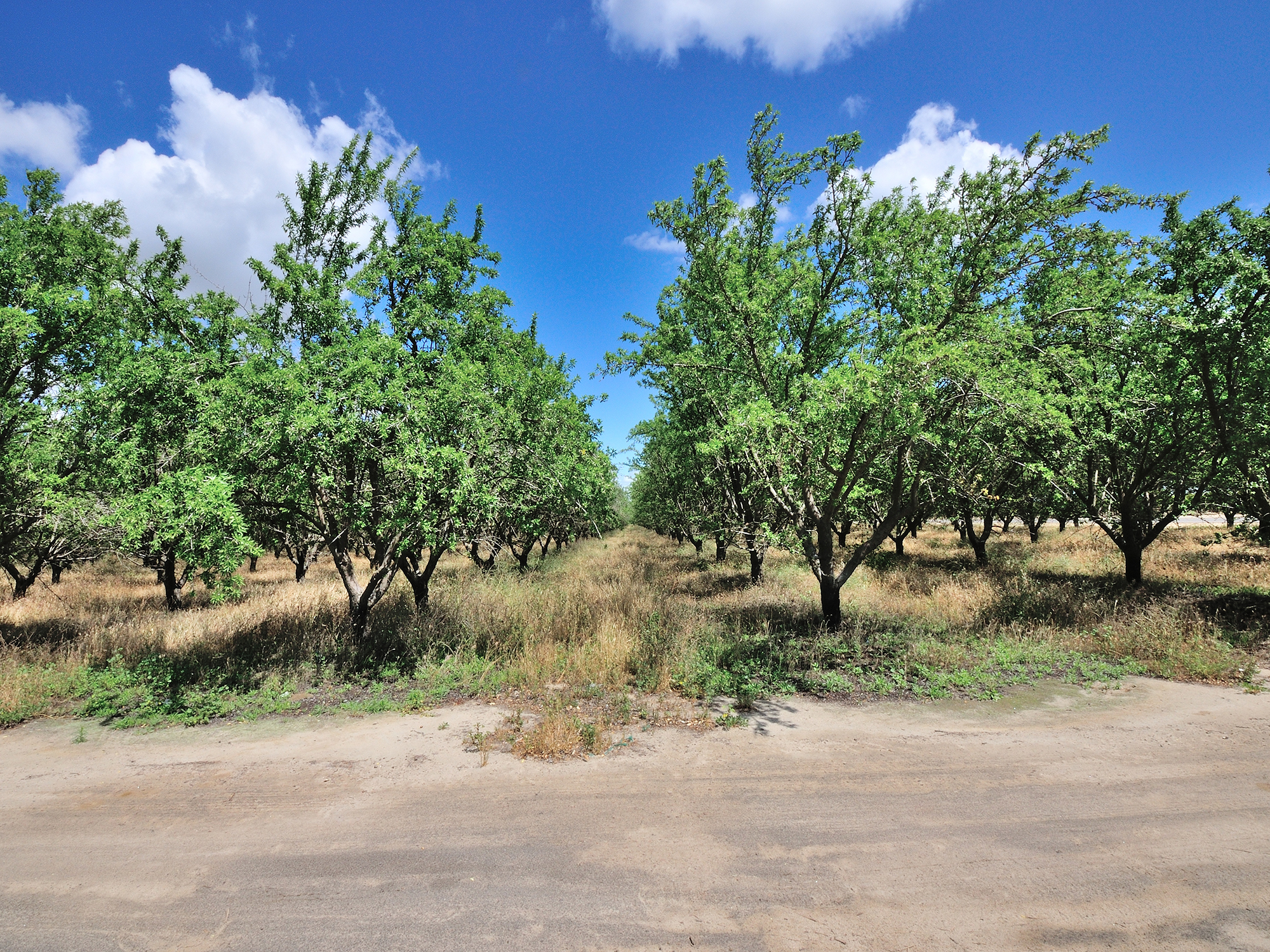