Enlarged Sutures on the Independence Variety in Fresno County

This report covers conditions and observations made between Monday, May 2, and Monday, May 30, 2022. The next scheduled report will be posted on Tuesday, July 5, 2022. In the event of any significant occurrences prior to that date, this site will be updated as soon as possible.

The trend of variable temperatures and windy conditions established in April continued to impact California’s Central Valley throughout the month of May. While initiating a warming trend, daily maximum temperatures oscillated between the upper 60’s to near, or just over, 100 degrees in all areas. Meanwhile, morning lows followed the trend of the daily high readings, ranging between the mid 40’s to low and 60’s. Also as in the previous period, low pressure systems continued to sweep past the state generating brisk winds and the occasional threat of precipitation. While the scattered showers dampened areas of the valley early in the period, producing only trace amounts of rain, sustained winds of 10 to 20 mph with gusts to 25 and 30 mph were common on many days during the period.

Practices during May are typically targeted at providing support to the growing crop as the nuts complete the process of solidification. Minimizing stress is a focal point of all activities. As may be seen in an accompanying photo, the solidification process was well underway during the period and nuts in all varieties have become fully solid, or nearly so, by the end of the month.

Water and nutrition are key factors in bringing the crop to maturity and ultimately to harvest. As noted in previous reports, growers in the majority of the Central Valley are struggling to balance limited water supplies and expensive fertilizer costs as they work to support their crops. On the subject of water, the winds experienced during the period have provided a degree of frustration for many, increasing the orchard’s daily water requirements. Observers have noted a growing number of orchards exhibiting signs of water stress and /or the use of poor-quality water. Applications of fertilizer materials through the irrigation system, particularly low volume systems, is the method of choice, providing the most efficient means of application. Restricting water and/or nutrients at this stage of development can impact the weight of developing nuts and the growth of budwood needed for the following crop. The winds have also complicated some practices need to control insect infestations and broken branches in areas of the San Joaquin Valley with the best crop potential.

Many growers have been withholding weed control measures, limiting the number passes with fail mowers to save the cost of fuel. As a result, observers have noted that many orchards have a considerable amount of weed growth in the orchard “middles,” the area between the tree rows. However, this vegetation must be reduced prior to shaking in order to provide for easy and efficient sweeping and removal of the crop during the harvest.

Growers and Pest Control Advisors (PCAs) continue to monitor the orchards for signs of insect pests that can create problems in the crop. Growers in all areas have reported high counts of Navel Orange Worm moths in pheromone traps, focusing thoughts on controls that may be needed during the upcoming hull split, set to begin in about a month on the early harvesting varieties. Many have also reported populations of Leaf-Footed Plant Bugs and Stink Bugs. Prior to solidification, feeding by these insects causes the nut to abort and drop from the trees. Now that the nuts are solidified, further feeding results in Brown Spot, a discoloration of the kernel’s surface, rendering the nut inedible and thus of no value to the grower. Some observers in the Central and Southern San Joaquin Valley have also reported increasing populations of web-spinning spider mites. The increasing temperatures, combined with water stress can promote development of web-spinning mites. PCAs will monitor the mite populations closely for signs of Six-Spotted Thrip, a predator insect that can effectively manage mite populations, in many cases eliminating the need for controls. Finally, some growers with significant populations of almond-feeding ants have begun applications of bait formulations. Designed to be taken into the ant colony by foraging ants, some the formulations require several weeks for effective control, thus the early treatment in advance of the harvest.

The coming weeks will bring the spring to summer transition, increasing temperatures and the start of the hull split of the early harvesting varieties. Growers will begin preparing for the harvest, controlling vegetation, and providing the optimal amount of water they may have available.

Enlarged Sutures on the Independence Variety in Fresno County 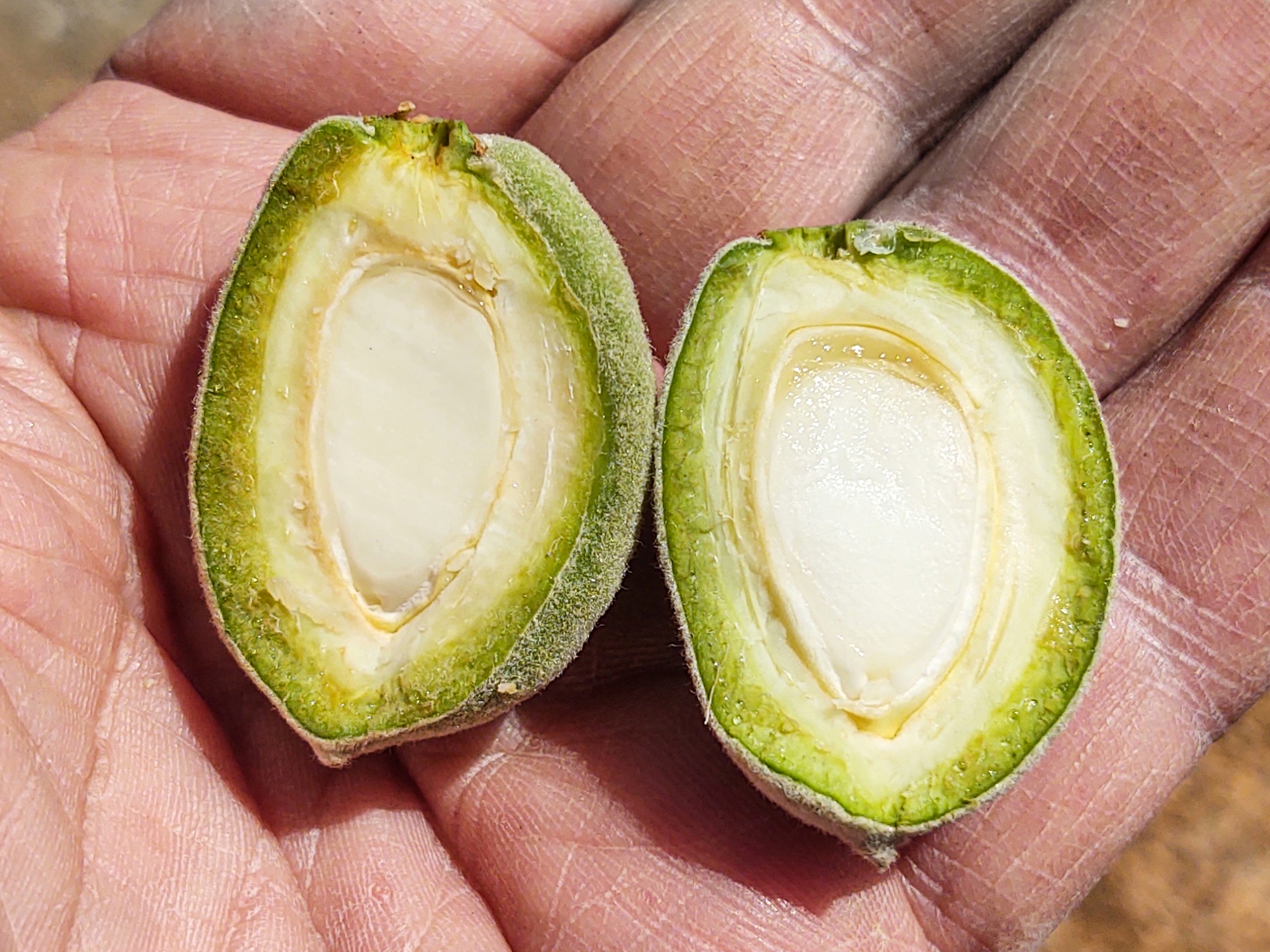 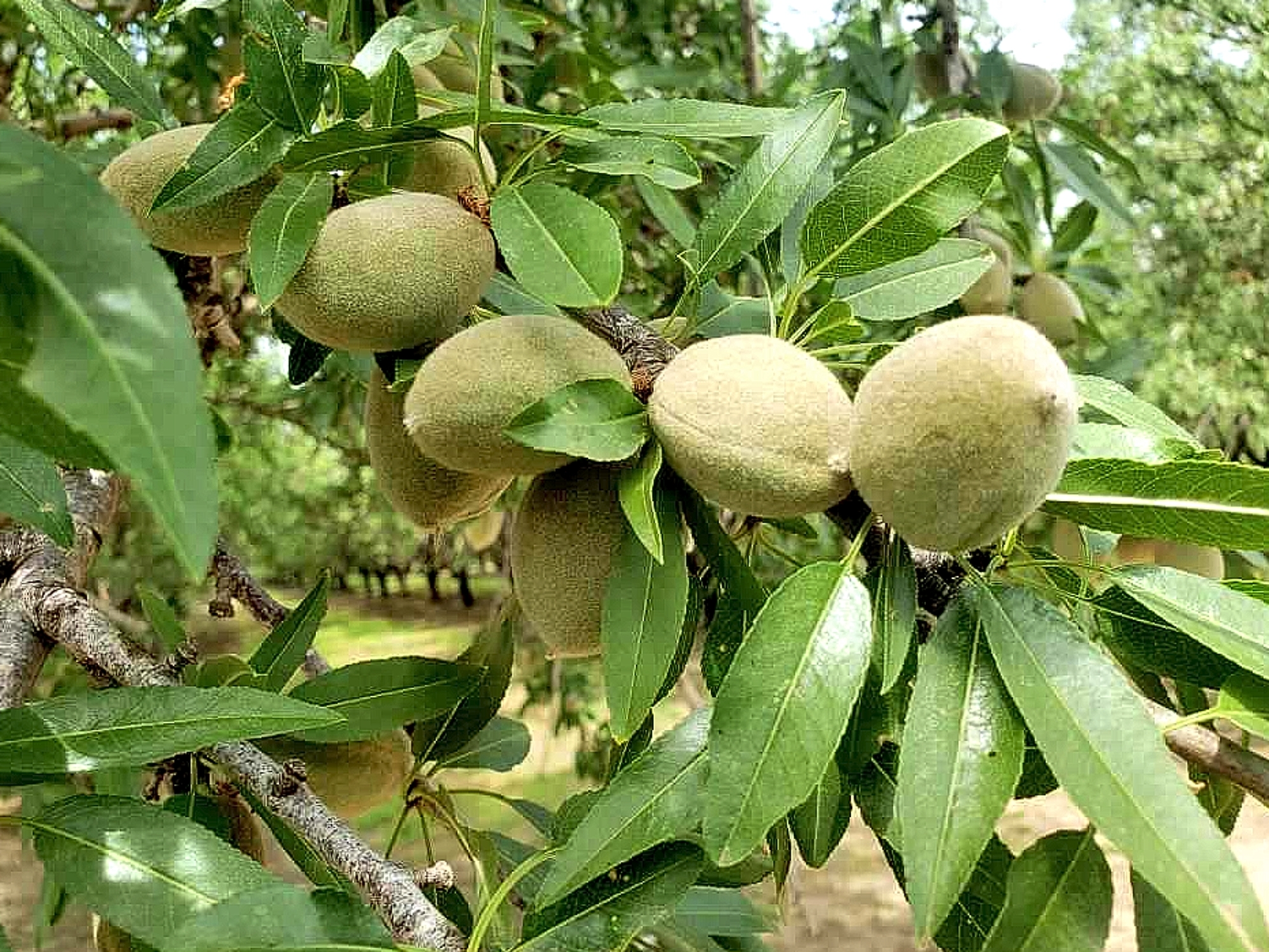 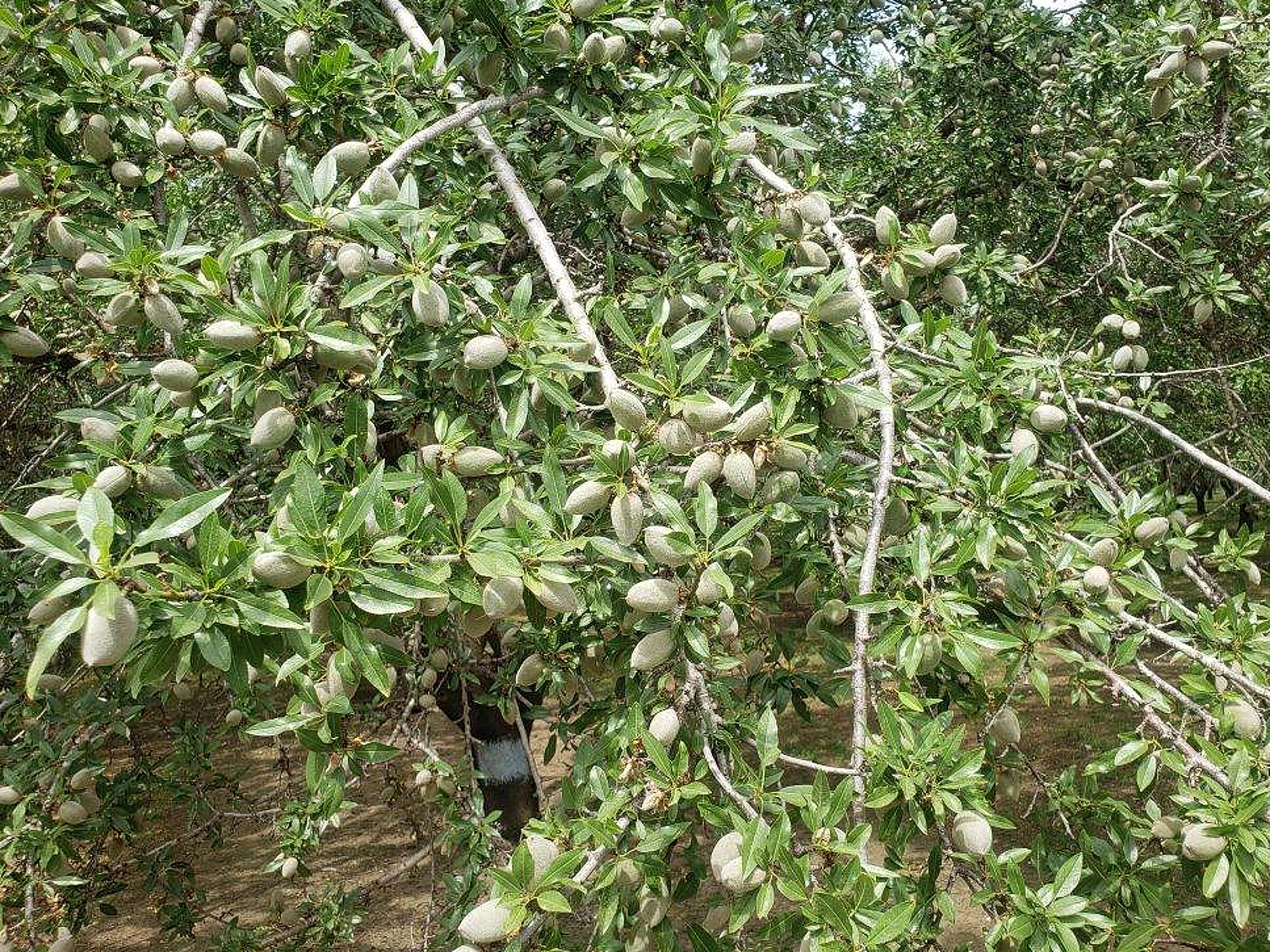 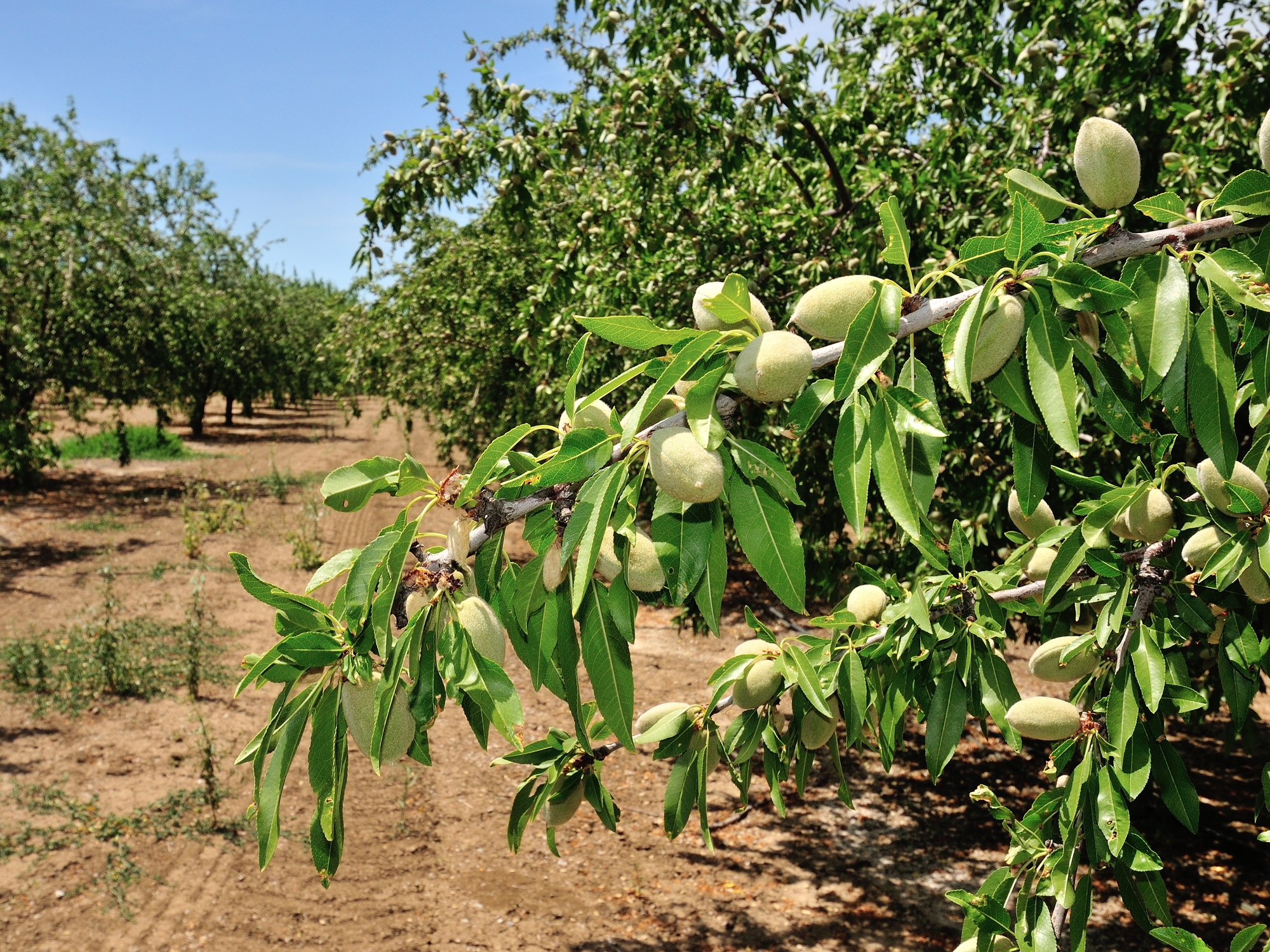 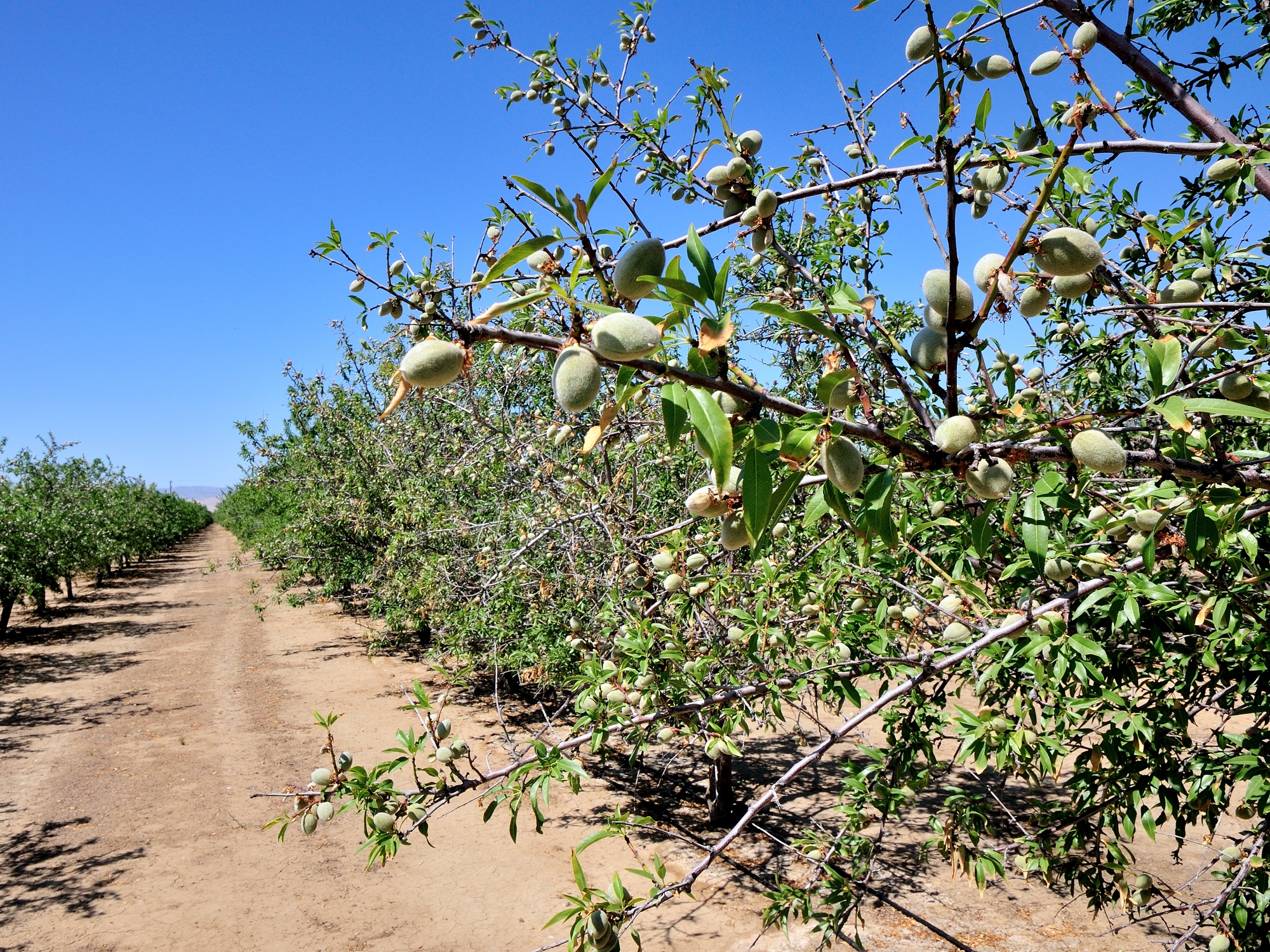 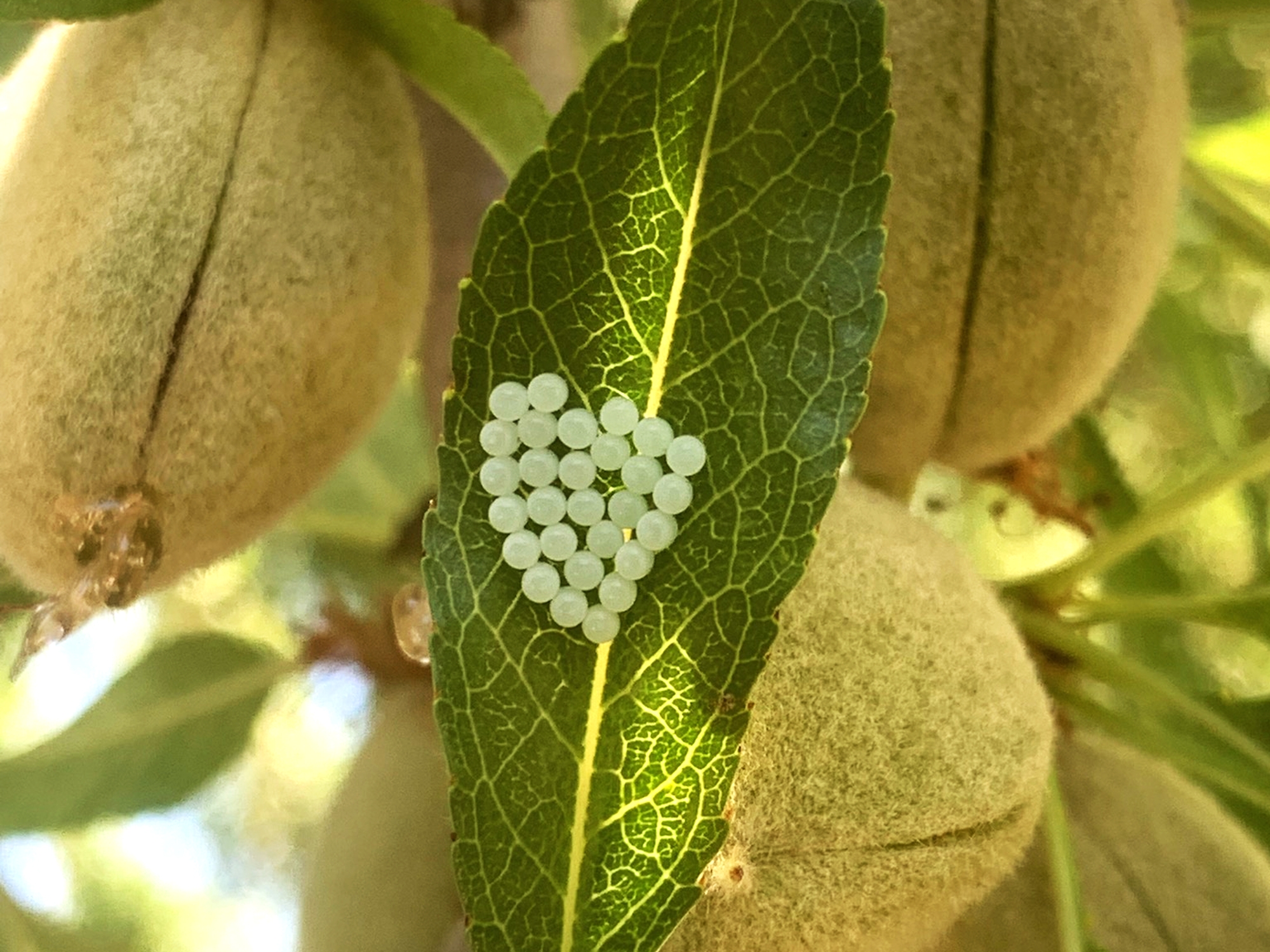 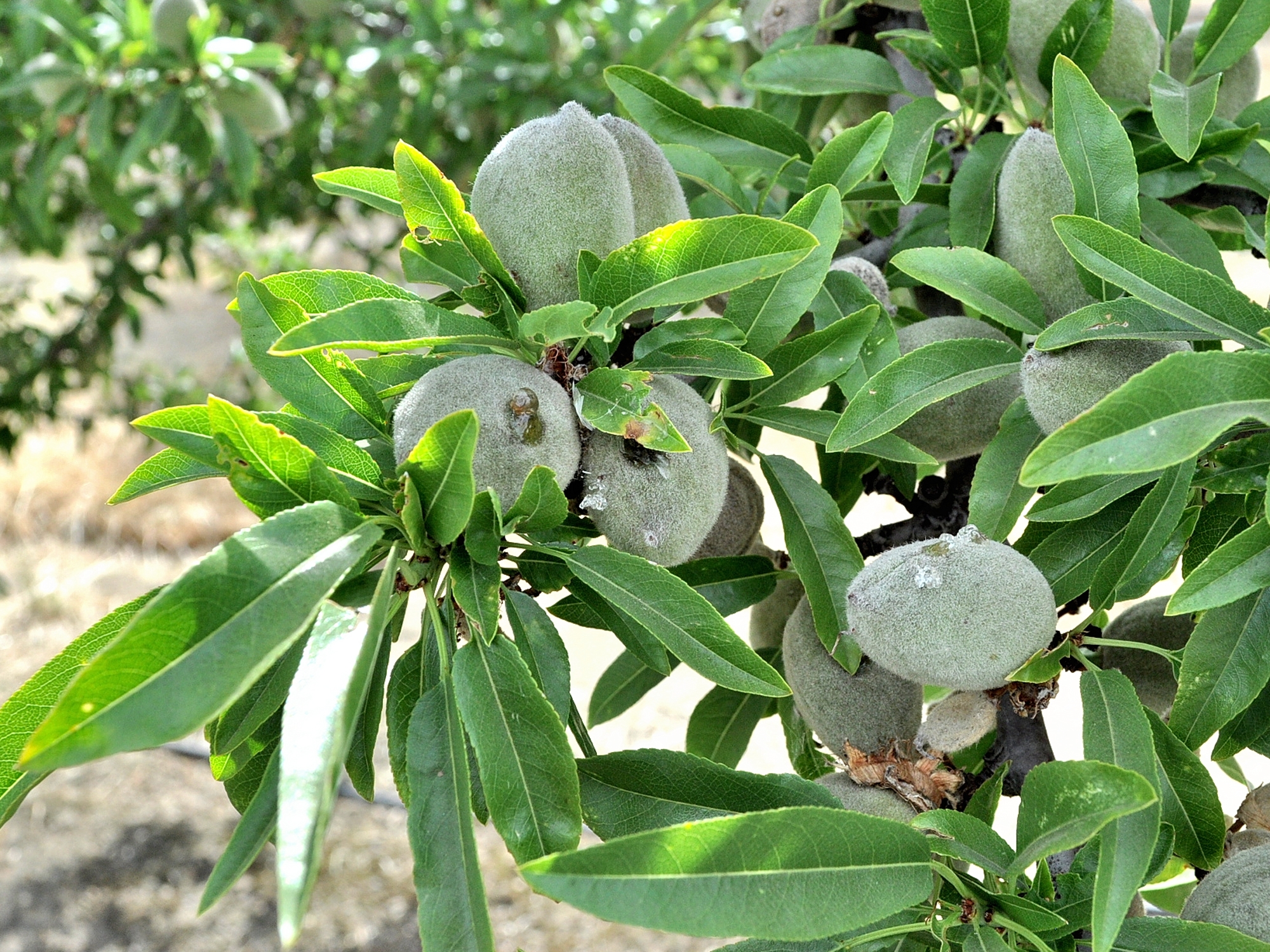 Stink Bug Strikes on the Shasta Variety in San Joaquin