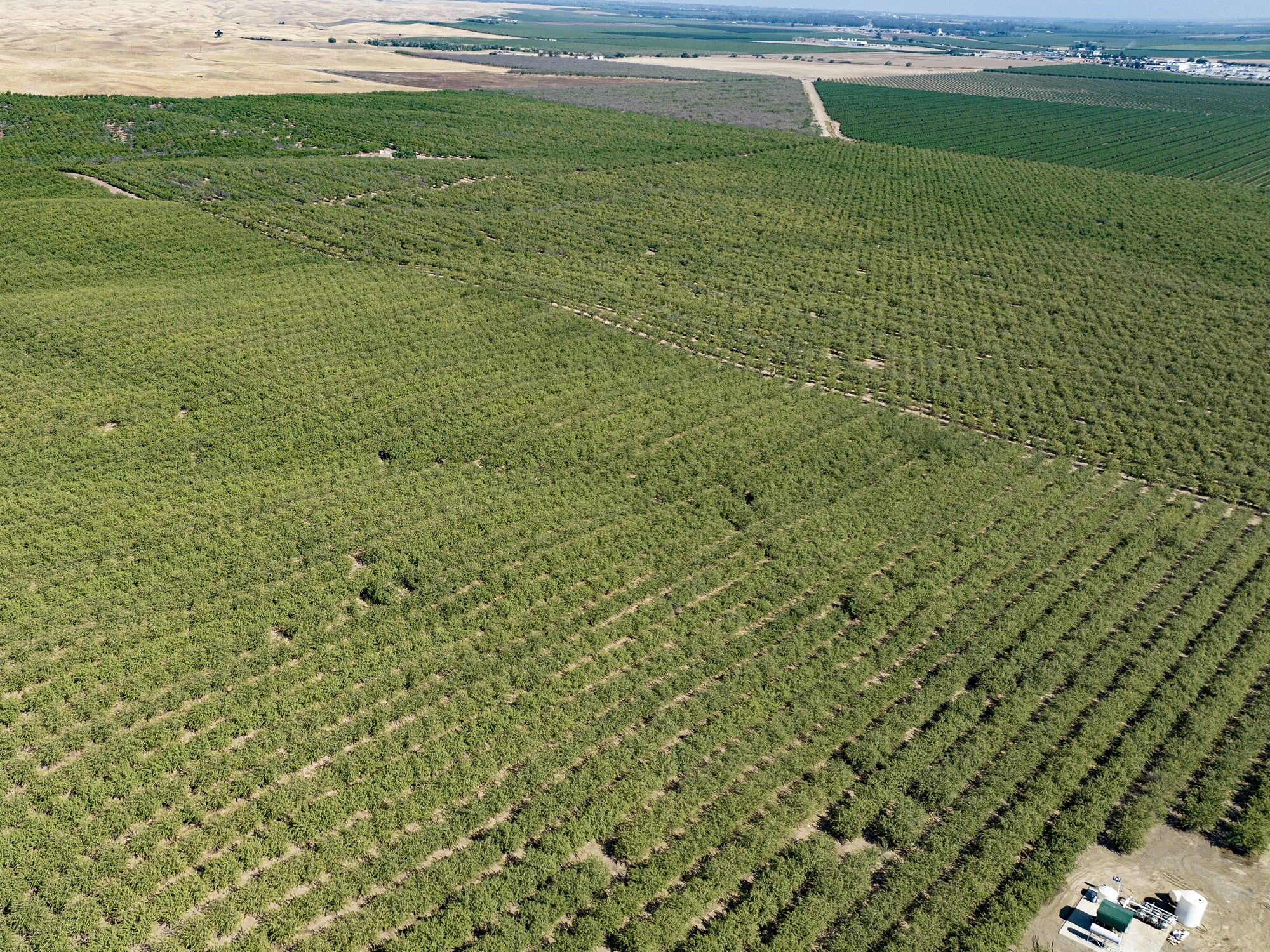 This report covers conditions and observations made between Monday, May 30, and Monday, July 4, 2022. The next scheduled report will be posted on Monday, August 1, 2022. In the event of any significant occurrences prior to that date, this site will be updated as soon as possible.

Unsettled conditions during the opening days of the period brought brief scattered showers to the Sacramento Valley and areas of the extreme northern San Joaquin Valley. However, after dropping a few hundredth of an inch of precipitation, the transition from spring to summer was accompanied by record to near-record temperatures throughout the Central Valley. Daily maximum temperatures reached over the 100-degree mark on several days, peaking as high as 106 degrees in many areas of the Valley. Temperatures moderated in the final week of the month, reaching “only” into the upper 80’s to lower 90 degrees. Morning lows followed the pattern established by the daily highs, ranging between mid-60’s to lower 70’s. Continuing the trend that has become somewhat of a norm this year, winds continued to blow across the Valley, even on some of the hottest days, ranging from 10 to 30 mph.

For California almond growers, June is a month dominated by anticipation of the coming harvest. Final pre-harvest fertilizer applications are being completed, and irrigation to meet the crop’s moisture requirements is a critical operation, as is monitoring of insect activity within the orchards. However, the 2022 growing season provided for some alteration to the normal theme of activities.

Grower’s efforts to curb costs has led to reduced fertility programs while limited water availability has increased the number of orchards showing signs of stress. One of the more visible signs of cost cutting is the amount of vegetation growing within the orchards. Many have opted delay or reduce mowing weed growth in the orchard “middles”, the area between the tree rows. The result is a significant amount of vegetation, growing higher and higher each week in many orchards. However, growers must provide sufficient time to allow for breakdown of the residue after mowing in order to provide for a smooth and efficient harvest. Accordingly, mowers could be observed grinding through the vegetation in the latter half of the month, preparing the orchard floor for harvest.

Insect management moved to the front of grower’s attention during the period as growers began hull split treatments to control Navel Orange Worm (NOW). Hulls on blank nuts, those with no kernel, began splitting at mid-month. This signals the start of the hull split on “sound” nuts approximately two weeks later, and the optimal period for treatment to mitigate NOW damage to the crop. Designed to control the newly hatched larvae, NOW treatments must be timed to the most susceptible stage of crop development, the actual split of the hull, where the female NOW moth lays her eggs. During the final week of the period, growers with advanced plantings of early harvesting varieties on the west side of the San Joaquin and Sacramento Valleys, along with advanced areas of Fresno and Kern counties, began treatments to the edges of their orchards, which typically split first. Follow-on treatments will be made as the split progresses, typically within a week or so, covering the entire orchard. These treatments are typically made during the night to take advantage of calmer conditions, lower temperatures, and the fact that the NOW adult is a nocturnal moth. Observers throughout the Valley have also reported increasing populations of web-spinning mites. While mites can be effectively held in check by Six-Spotted Thrips, a predatory insect, the elevated temperatures experienced during the period are capable of pushing mite populations ahead significantly. As a result, growers with developing populations may opt to include a miticide with their NOW hull split treatments to prevent the mites from defoliating the orchards during the harvest.

As noted in previous reports, observers continue to report signs of feeding by plant bugs as well as findings of the insect themselves. Damage from plant bugs has increasing over the years and all are concerned that the trend will continue this year. The presence of plant bugs, particularly Stink Bugs, complicates pest management strategies due to the insect’s continual breeding and egg laying.

While monitoring insect activity, growers also kept a watchful eye on the moisture levels within their orchards. The range of water availability is quite diverse. Some local irrigation districts are delivering nearly full allocations while others have no water available at all. Where local supplies are unavailable, growers are forced to search for supplies from other sources and move the water into their systems. This is not always possible. Signs of water stress are visible in all growing areas, both from lack of water and from the use of poor-quality water. Greatest impacts are observed along the west side the Valley. While many believe that water issues are greatest in the southern San Joaquin Valley, growers in Glenn, Colusa, and Yolo counties along the west side of the Sacramento Valley are facing exceptional difficulties as they work to stretch limited water supplies.

Growers will spend the next weeks preparing their orchards and equipment for the approaching harvest. Observers are reporting that they anticipate the crop in the first, most stressed orchards will be shaken during the third week of July. 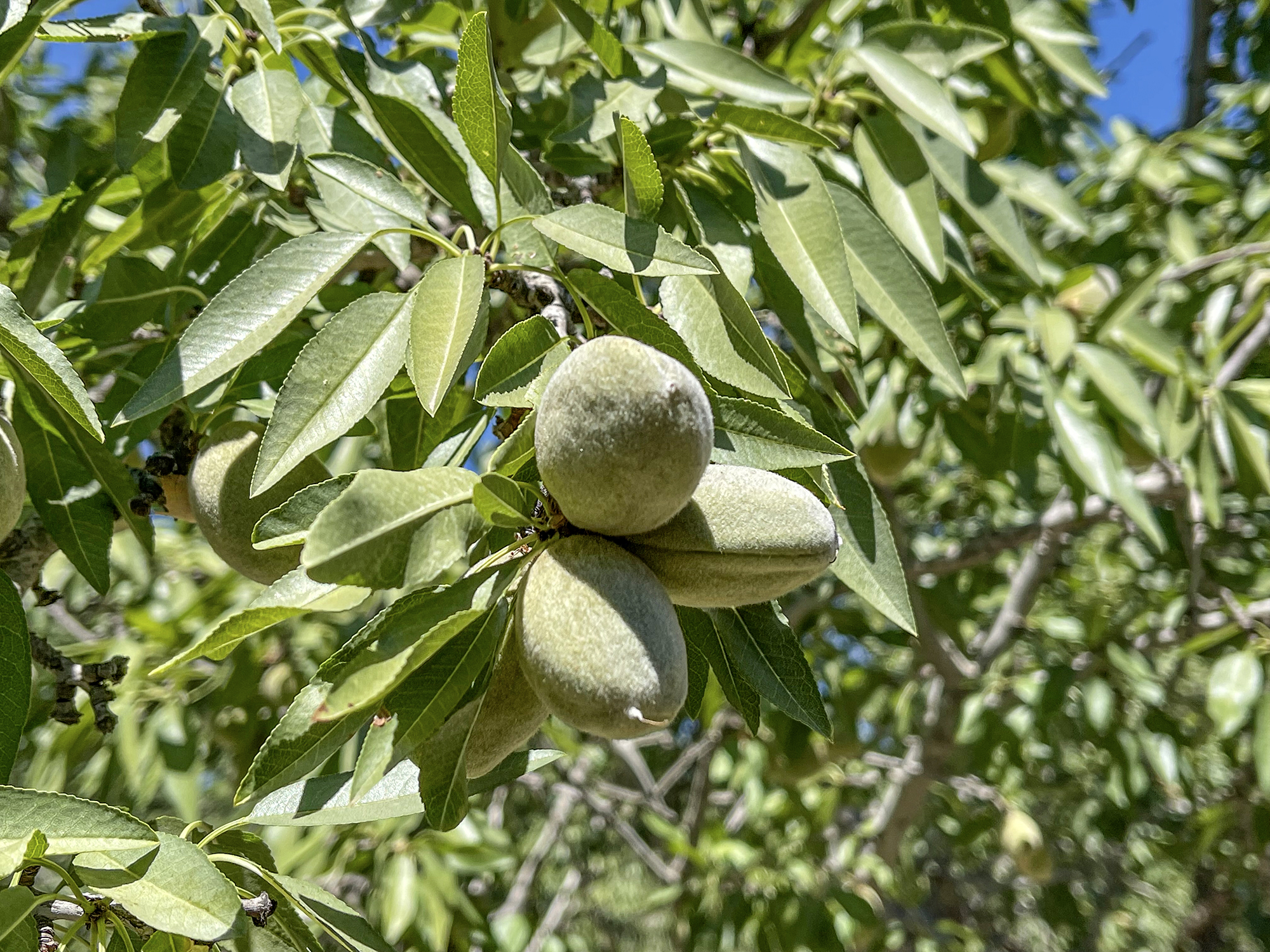 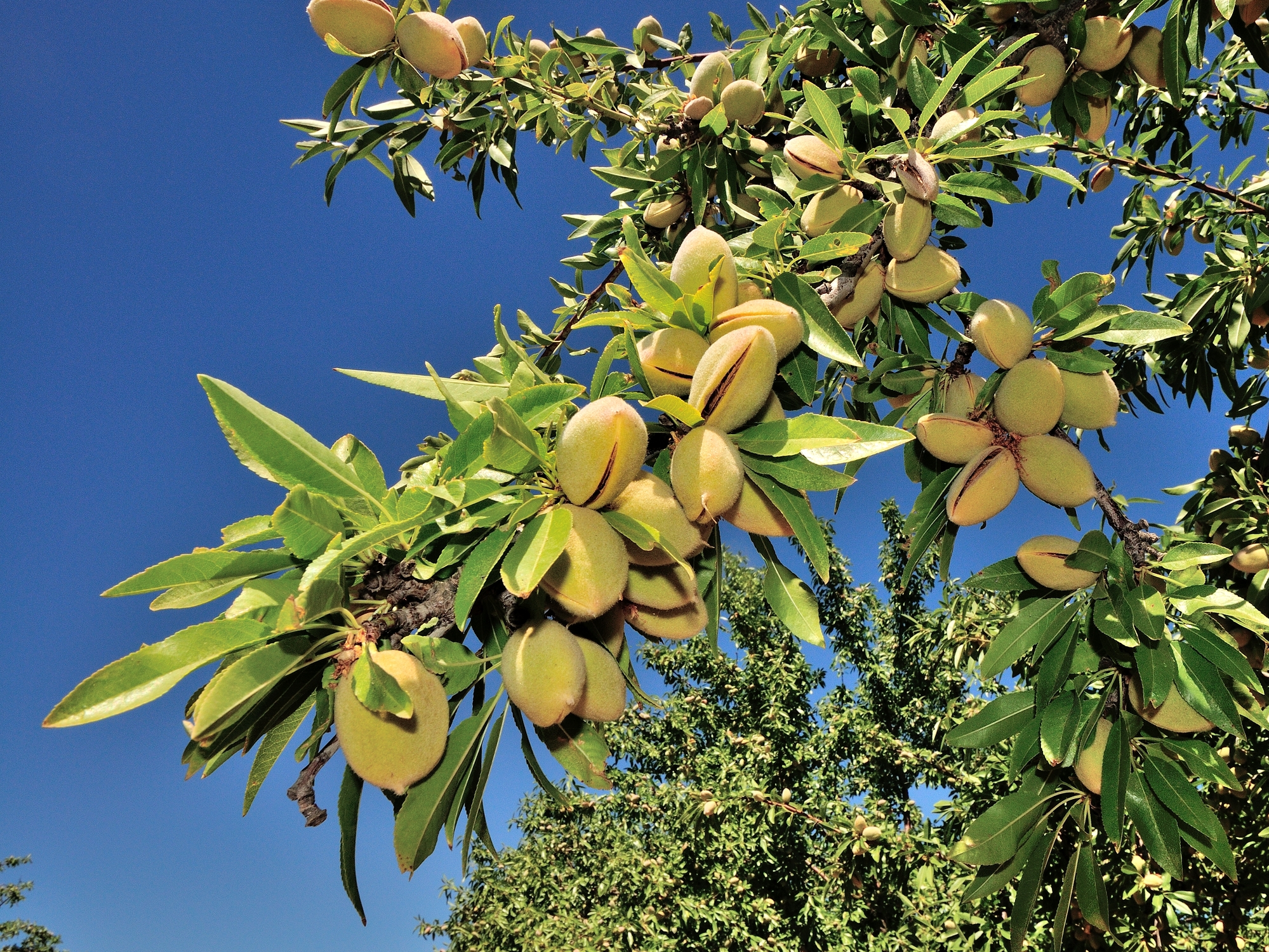 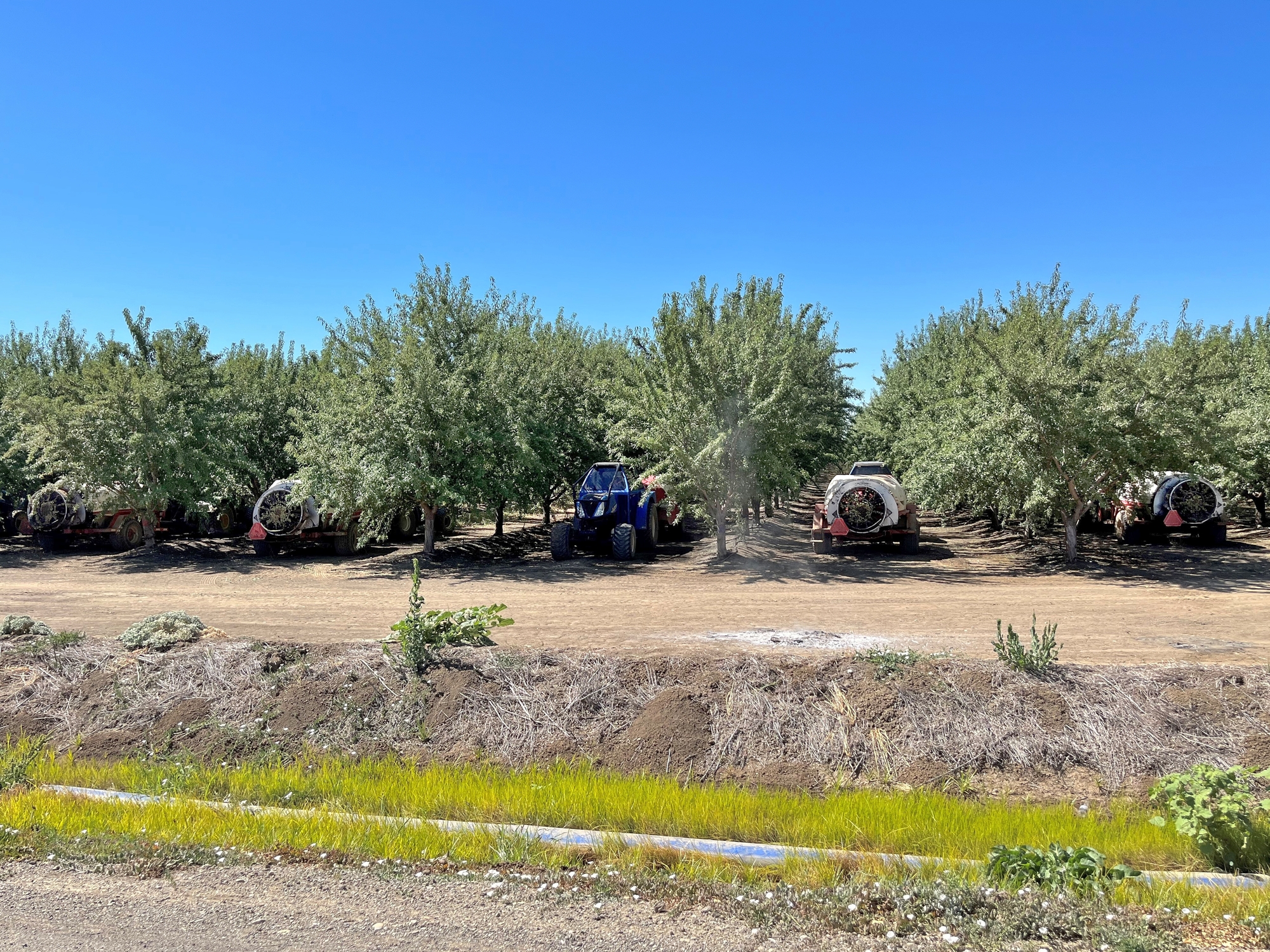 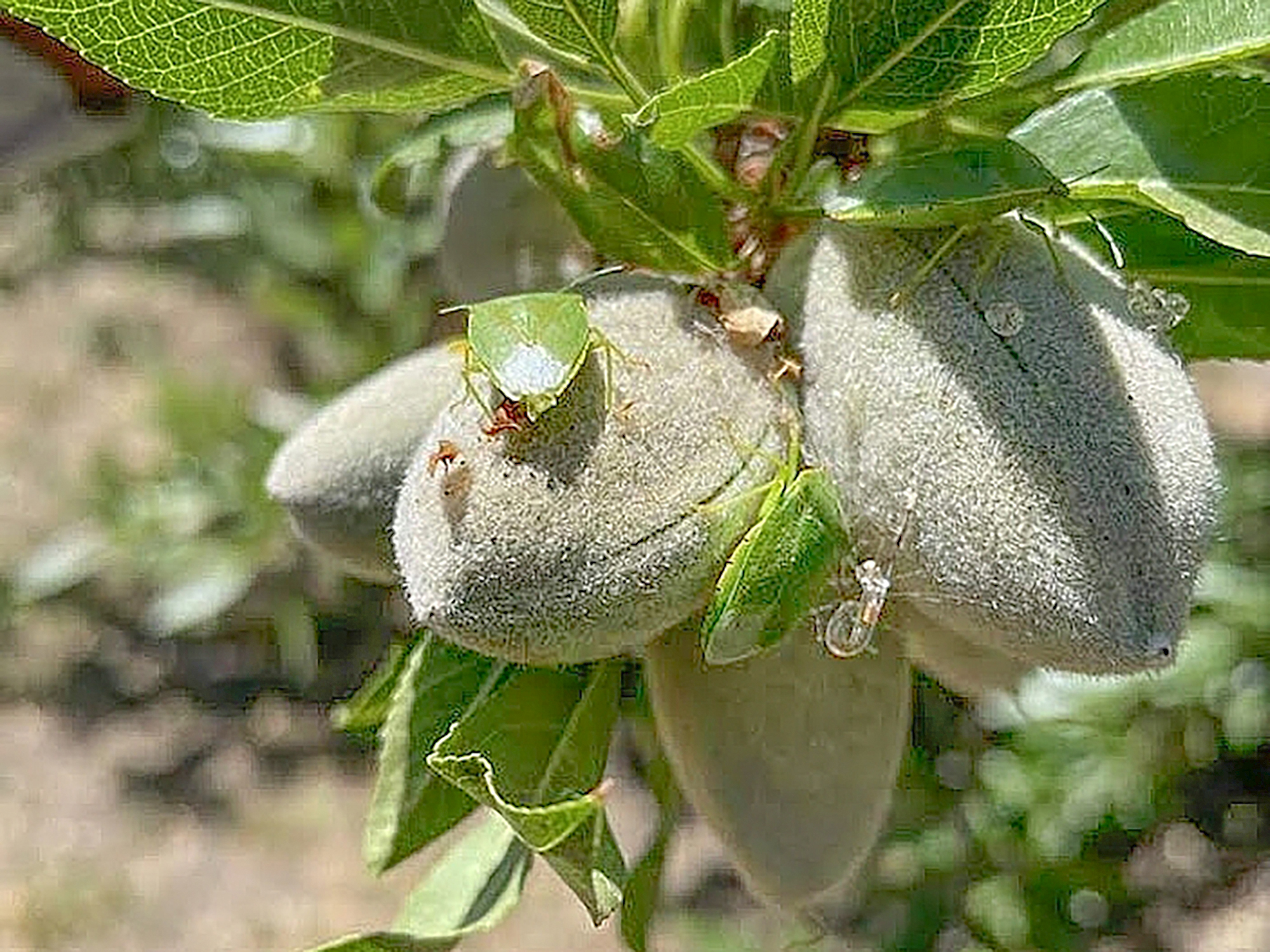 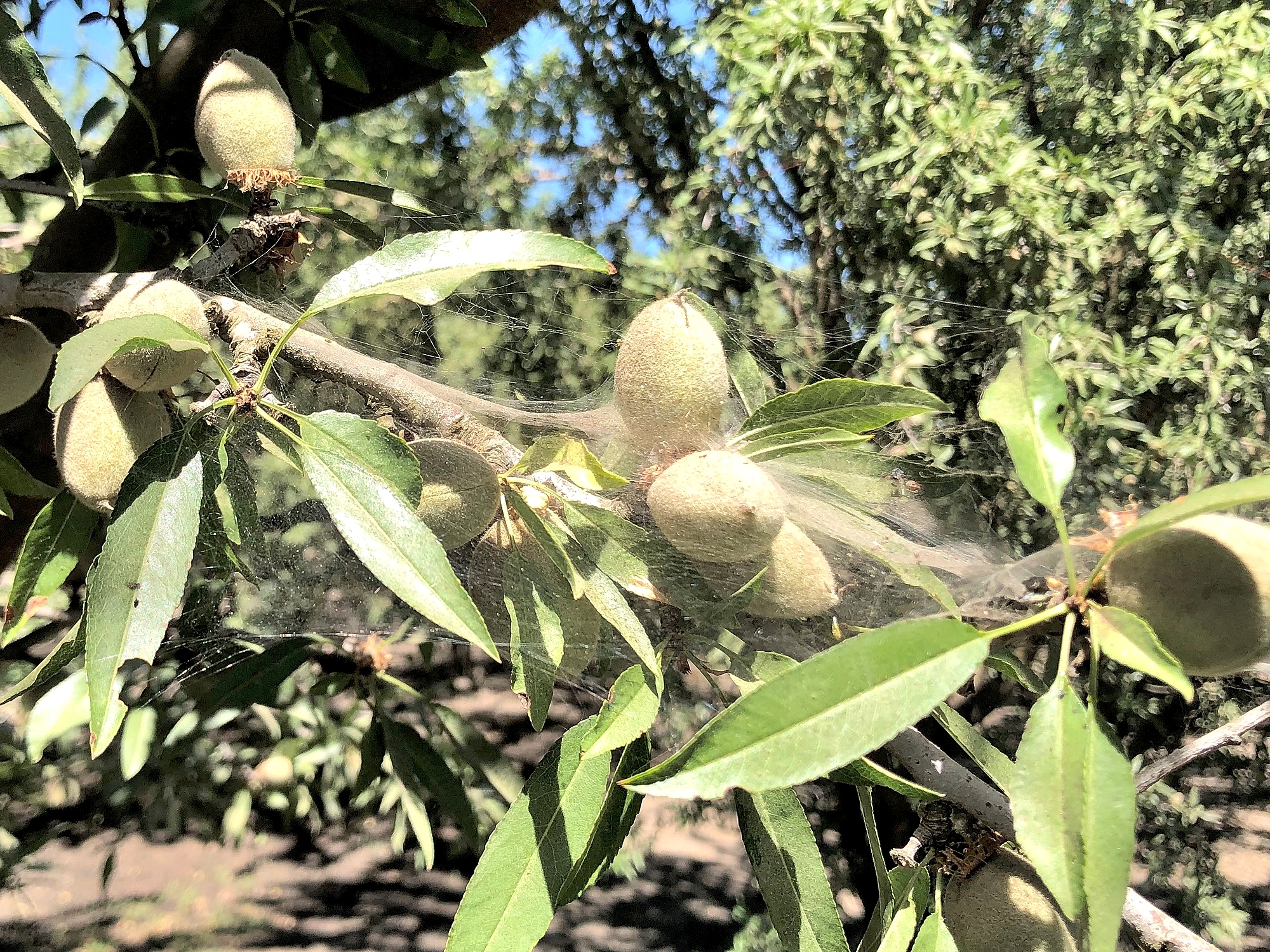 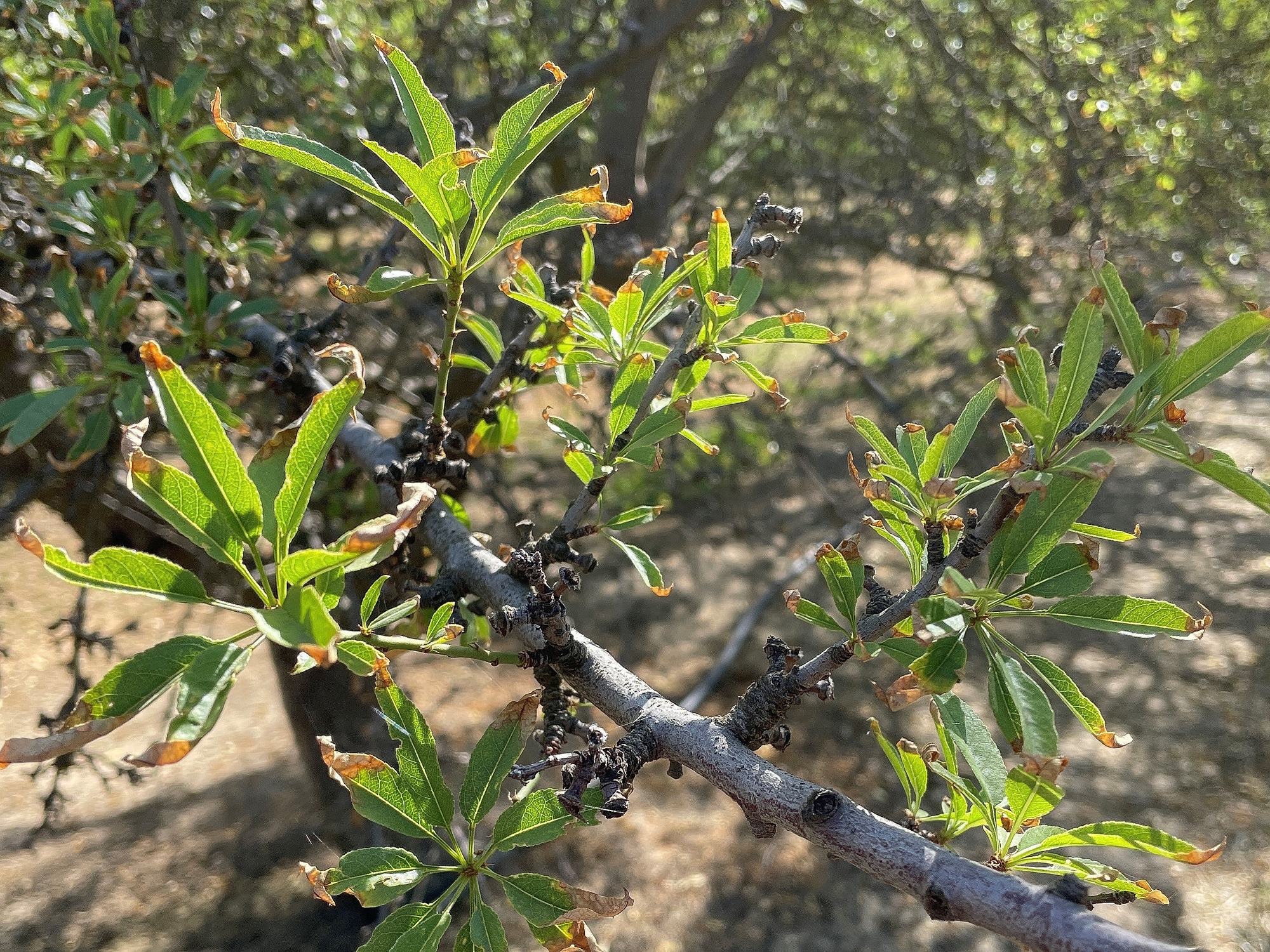 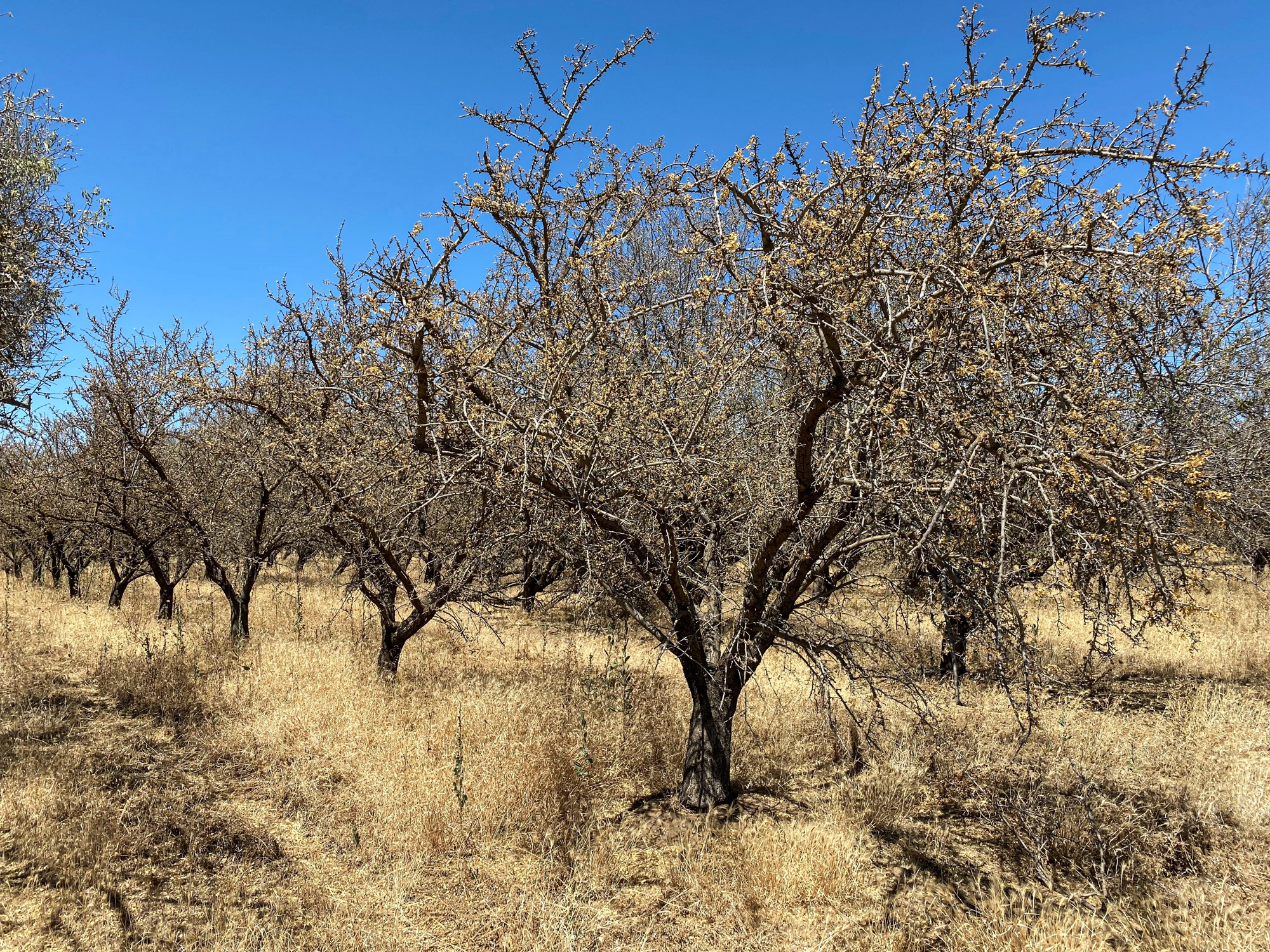 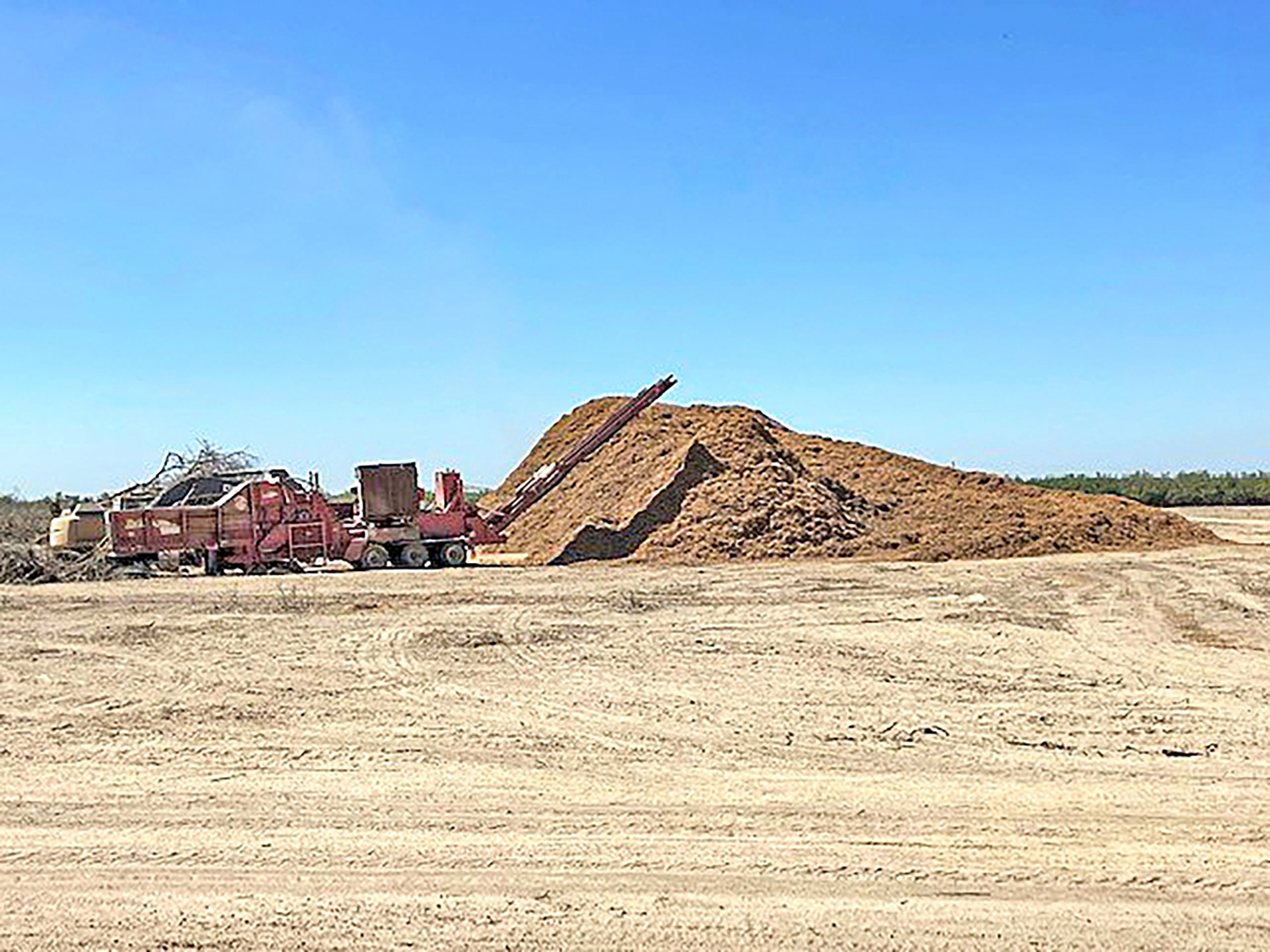