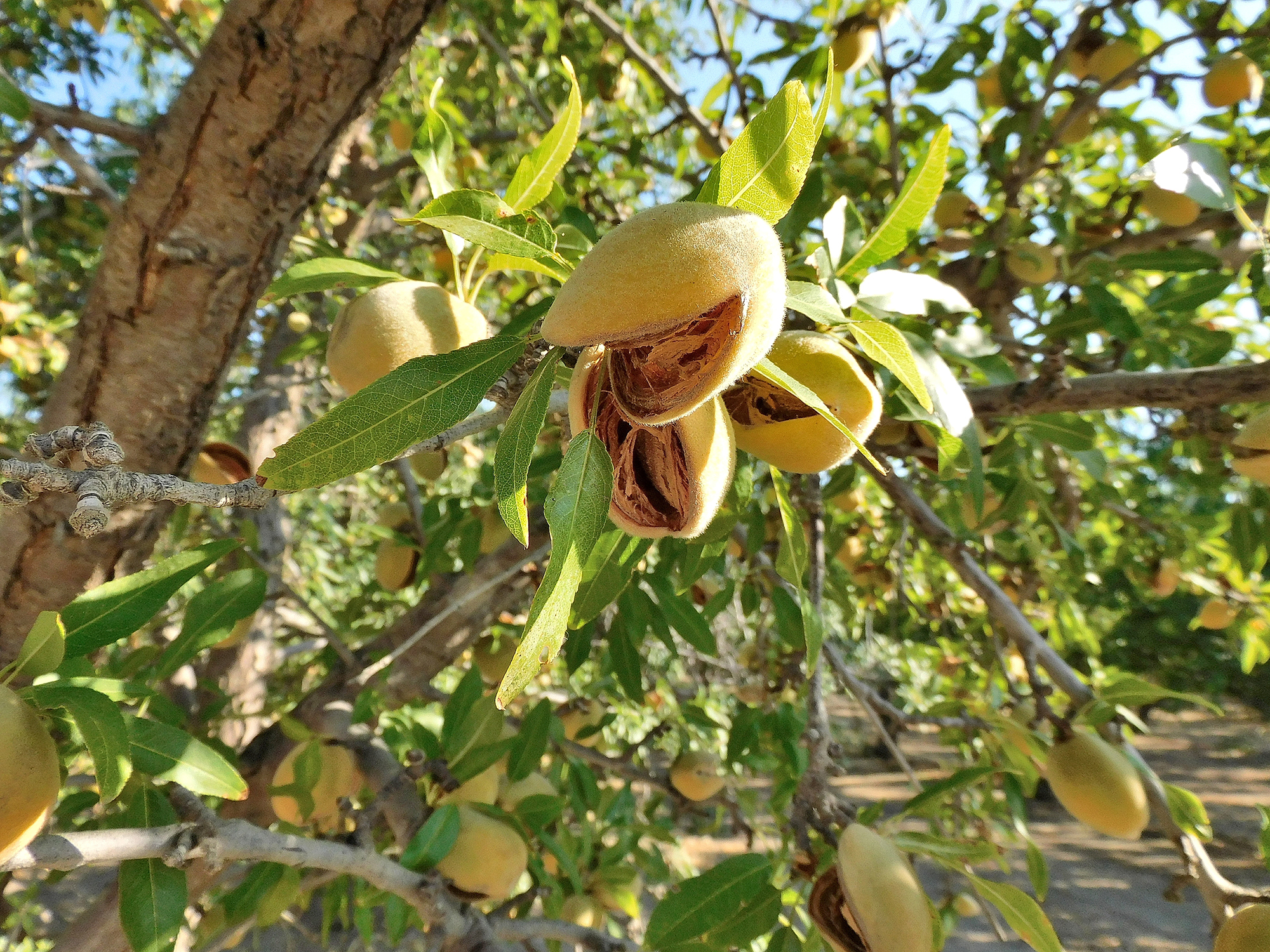 This report covers conditions and observations made between Tuesday, July 6 and Sunday, July 31, 2022. The next scheduled report will be posted on Monday, August 29, 2022. In the event of any significant occurrences prior to that date, this site will be updated as soon as possible.

Hot summer temperatures influenced by monsoon flows dominated the weather over the Central Valley during July. Daily maximum temperatures climbed steadily from the mid and upper 80’s in the period’s opening days, reaching near or just over the 100-degree mark by July 10th. The high temperatures prevailed for the balance of the period, moderating slightly into the low to mid 90’s during the final week of the month. Overnight low temperatures maintained a fairly steady level during the period, ranging between the upper 50’s  and upper 60’s, with readings in the southern San Joaquin Valley running slightly warmer. Adding to the summer heat, monsoonal flows approaching from the south increased cloud cover and humidity levels on several days during the period. Scattered showers were generated in several areas of the Valley from thunderstorms that developed in the unstable conditions, with showers reported as far north as Sacramento. While the precipitation increased the humidity to uncomfortable levels, rainfall totals were limited to a few hundredths of an inch and no significant impacts were reported.

Growers focused their attention during the period on work to prepare for the upcoming harvest. Hull split in Nonpareil, Independence, Carmel, and several of the California type varieties has been progressing well, under the influence of the high temperatures and the water stress levels in each  individual orchard. Some have reported that the varieties appear to be closely synchronized, as demonstrated by the photo of the late-maturing Monterey hull split accompanying this report. Observers have reported that initial hull split treatments to control Navel Orange Worm (NOW) were completed in plantings with early harvesting varieties during the first half of the month, matching the treatment timing to the initiation of the hull split. For most, second applications have followed ten to fourteen days later as protection from the initial treatment wanes, ensuring adequate protection during the most susceptible period. Many growers also employ mating disruption methods designed to reduce the NOW population within the orchards.

Growers and Pest Control Advisors (PCAs) continue to report Stink Bug strikes in all growing regions. PCAs have been monitoring orchards closely for these insects as damage levels have been increasing over the past few years. Control measures are limited as the physical characteristics of the adult insect render it unsusceptible to currently available treatments. University of California researchers are also monitoring orchards, working to develop a better understanding of potential control methods

As noted in previous reports, growers have been limiting operations as much as possible this year in an effort to hold down costs. With the approaching harvest, it is now time to “catch up” and ensure that orchard conditions are appropriate for the harvest. Accordingly, weed control also moved into focus for many. Growers began mowing excessive vegetation within the orchards, working to provide enough time for the resulting organic matter to break down prior to shaking so as to not impede the harvest.

Each of the operations listed above must also be coordinated with irrigations. Increasing temperatures also drive the orchard’s demand for water. Some have noted that conditions during the period resulted in deficit irrigation even for those with adequate water available. Applications of ant bait in particular must be timed within the irrigation schedule to allow time for the offending ant species to take the bait into their colonies. For those without water, stress levels increased with the rising temperatures. Observers in all areas have noted that the rising stress levels have promoted the continued development of web-spinning mite populations. In many instances growers have added materials to control these populations to their NOW hull split treatments.

A tour of the Central Valley revealed many orchards under significant water stress. While these are generally found along the west side, examples may be found throughout the Valley. In the most severe cases, plantings have been abandoned and the trees appear to be dead. Many of these plantings will be removed. Machinery can be observed pulling and grinding trees, then spreading the resulting grindings across the land in many areas of the Valley.

With all of the operations listed above, we can now also state that California’s 2022 almond harvest has begun. Shakers were sent into orchards along the west side of the Sacramento and San Joaquin Valleys in mid-July, bringing down the crop in water-stressed Nonpareil plantings. The crop in several of these plantings was swept and picked up approximately one week later, hulled, shelled and first deliveries arrived at Blue Diamond facilities on July 27th. Observers are reporting that the tenuous pace will increase over the coming week in other stressed plantings. Harvest operations in orchards under better conditions are expected to begin during the second week of August. Harvest for many in the Sacramento Valley is complicated this year by the impacts of the bloom-time freeze. Many orchards do not have enough crop to justify harvesting. For those with limited yield, growers will combine varieties where the maturity of each variety allows in order to reduce costs. In any event, nuts must be removed either by harvesting or during winter sanitation in order to reduce  the potential for damage by NOW on the next crop.

Huller/Shellers and custom harvest operations have also been preparing for the harvest. Over the coming weeks, the pace of harvest will increase, reaching “full throttle” by the end of August. Growers have been watching the growth of fires burning in the Sierra Nevada mountains. No one wants a repeat of the issues endured during the 2020 harvest when dense smoke covered the valley, inhibiting crop drying and slowing the harvest to a crawl. 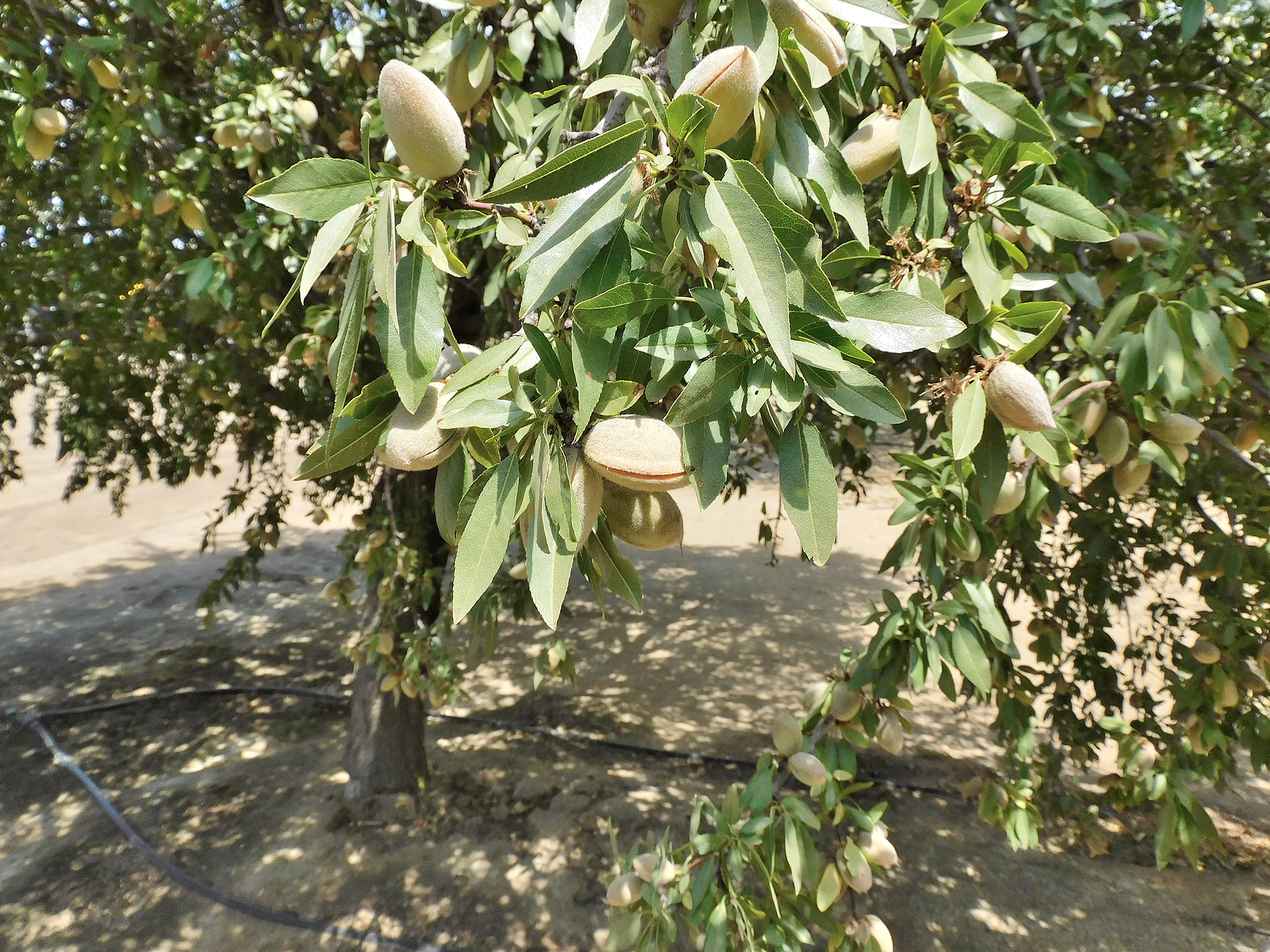 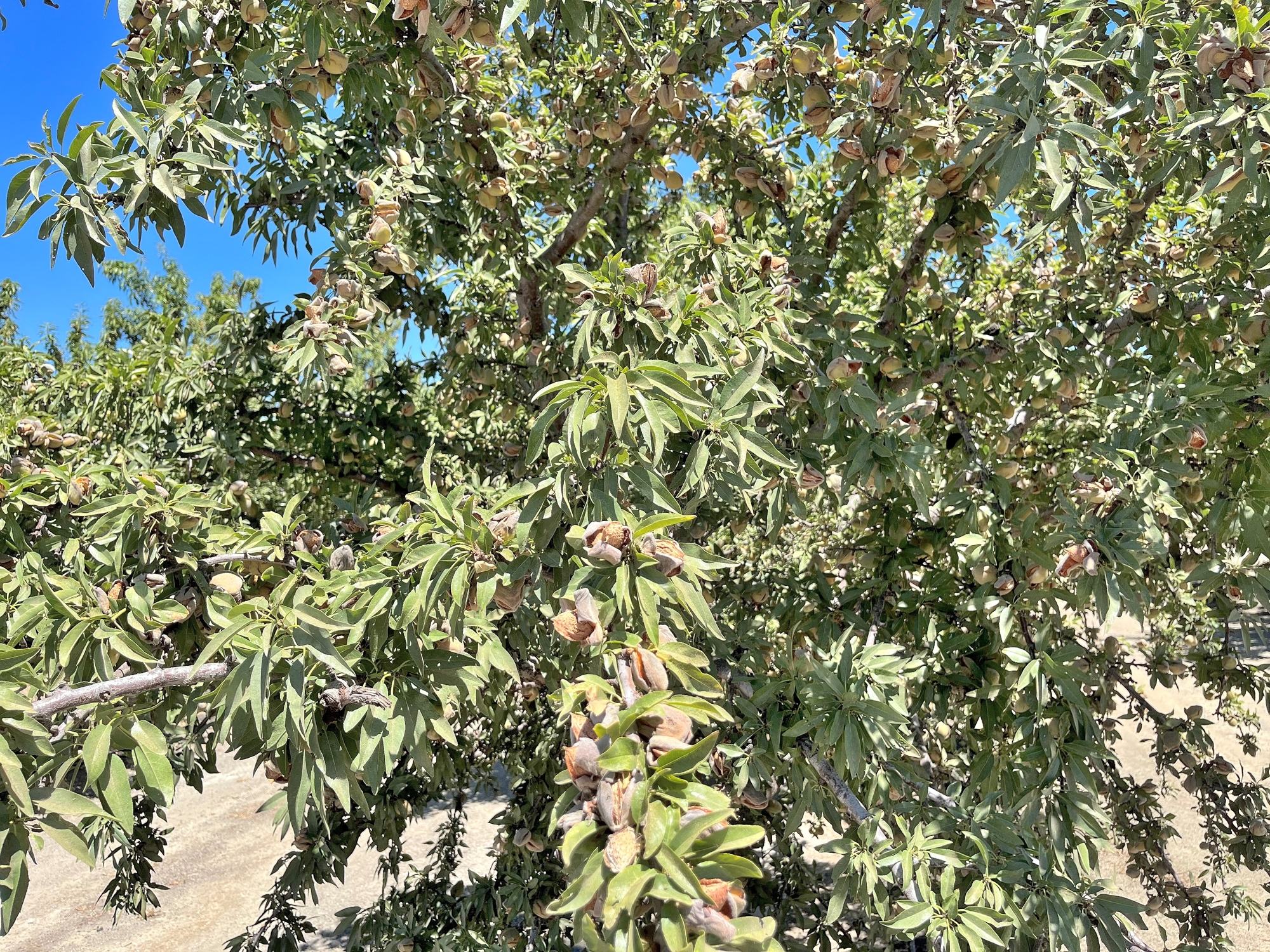 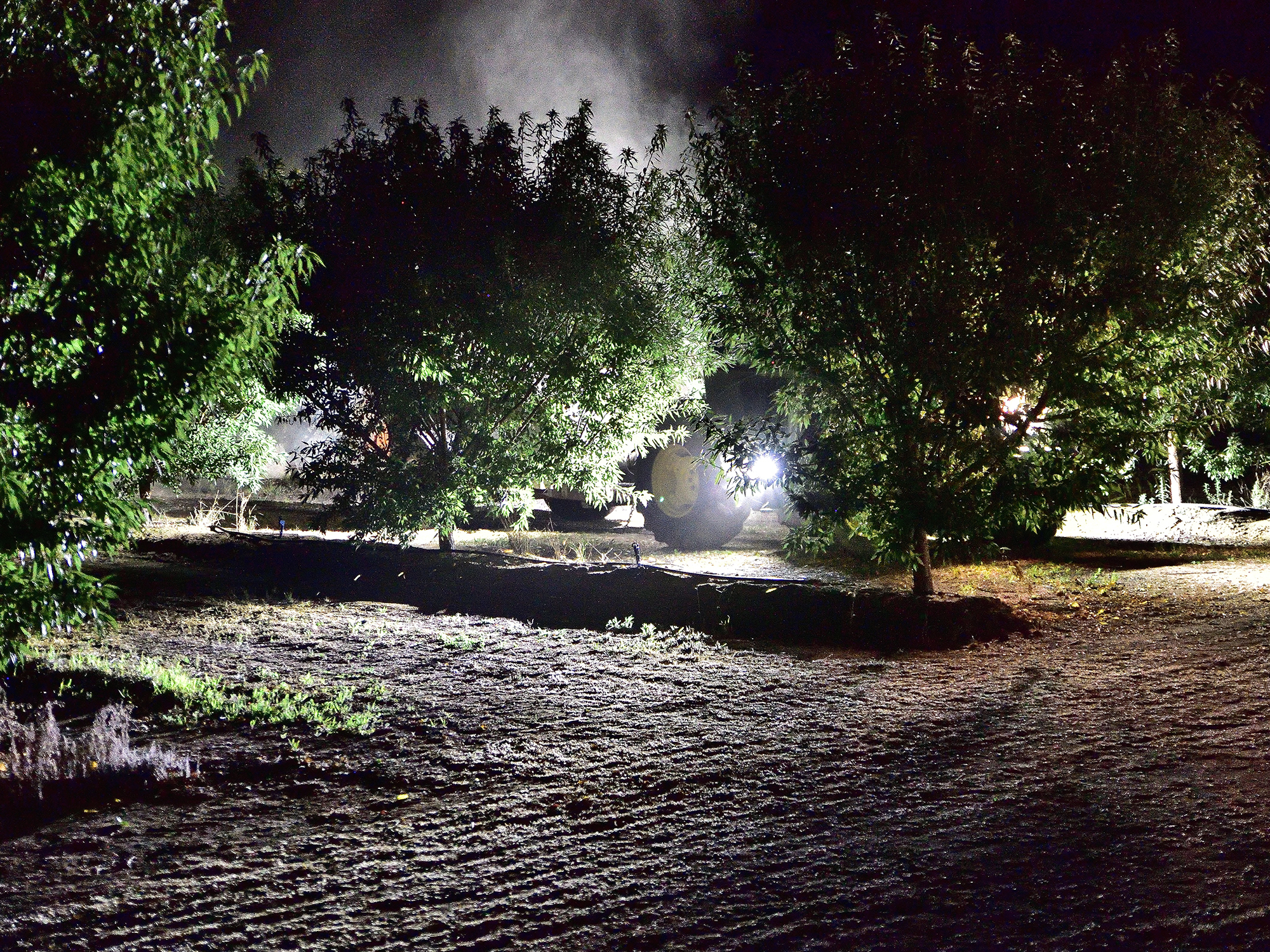 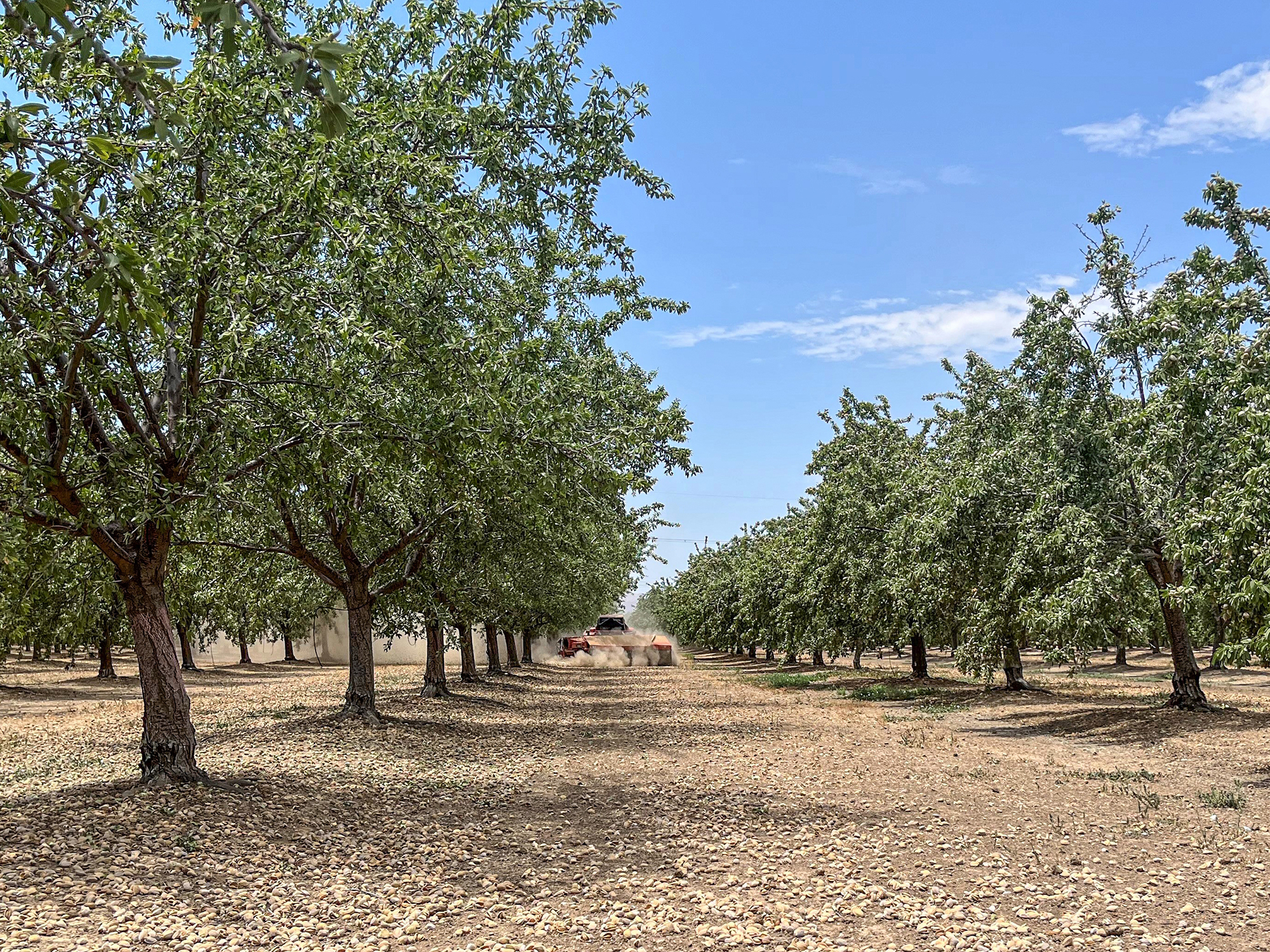 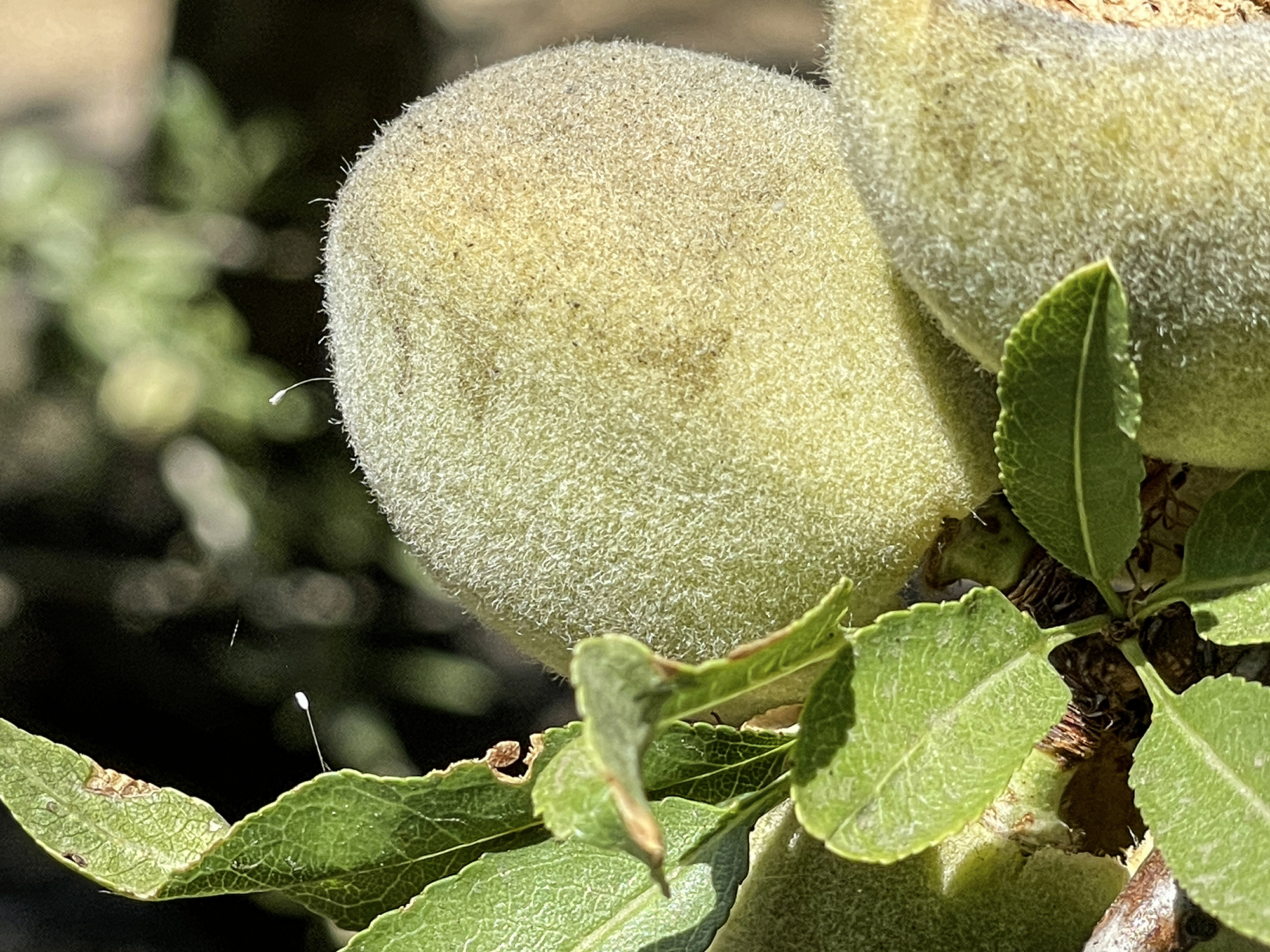 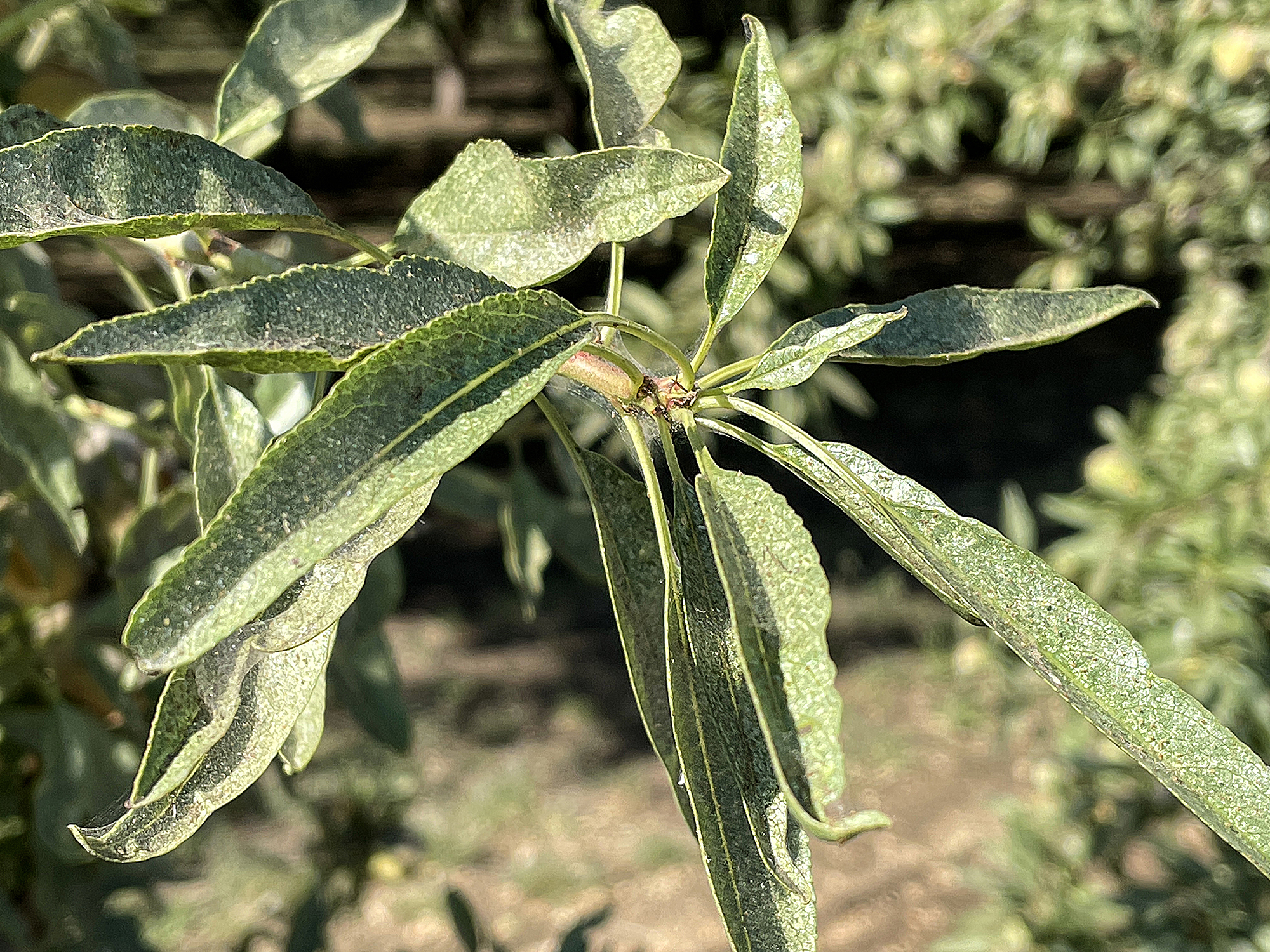 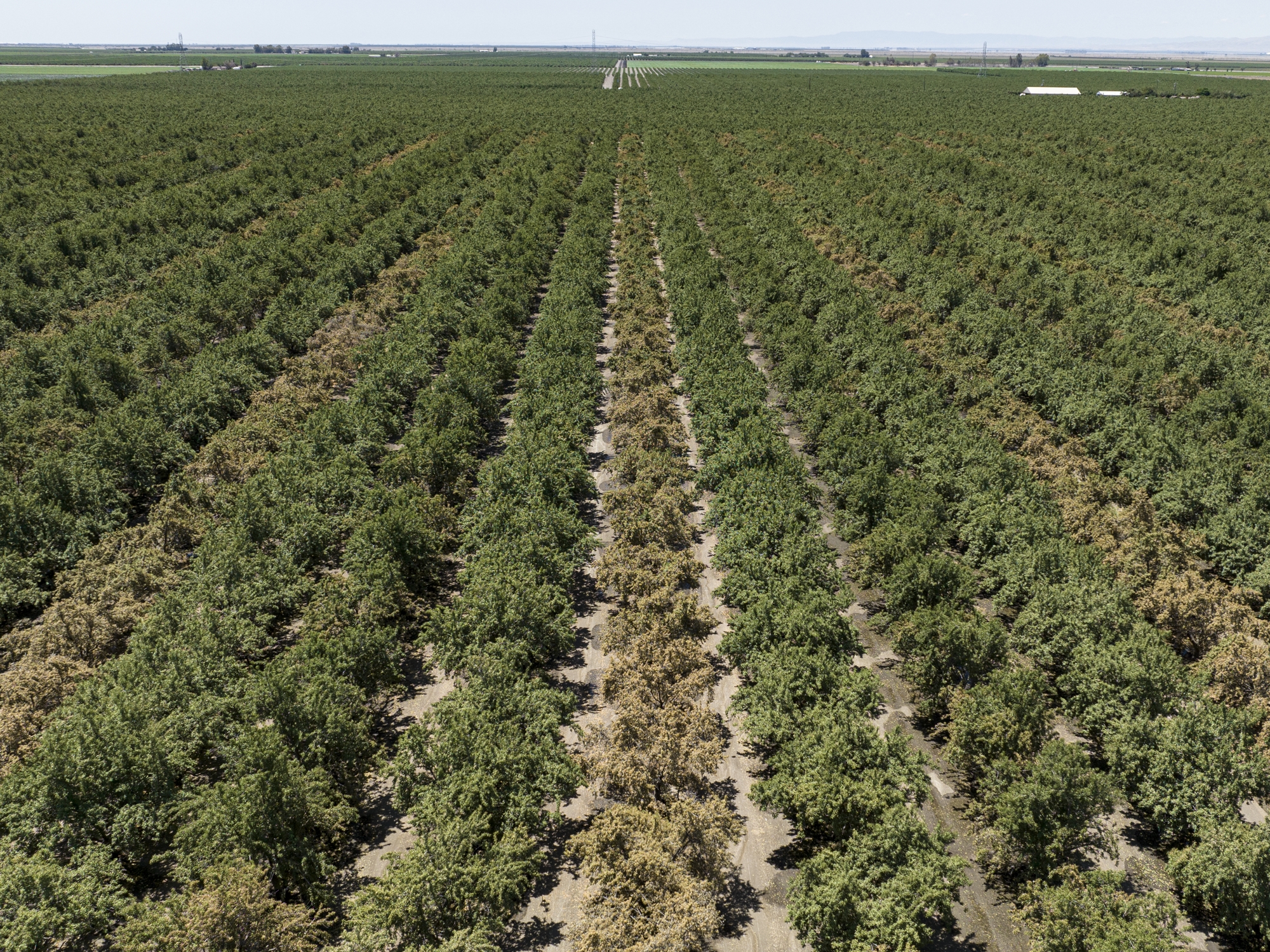 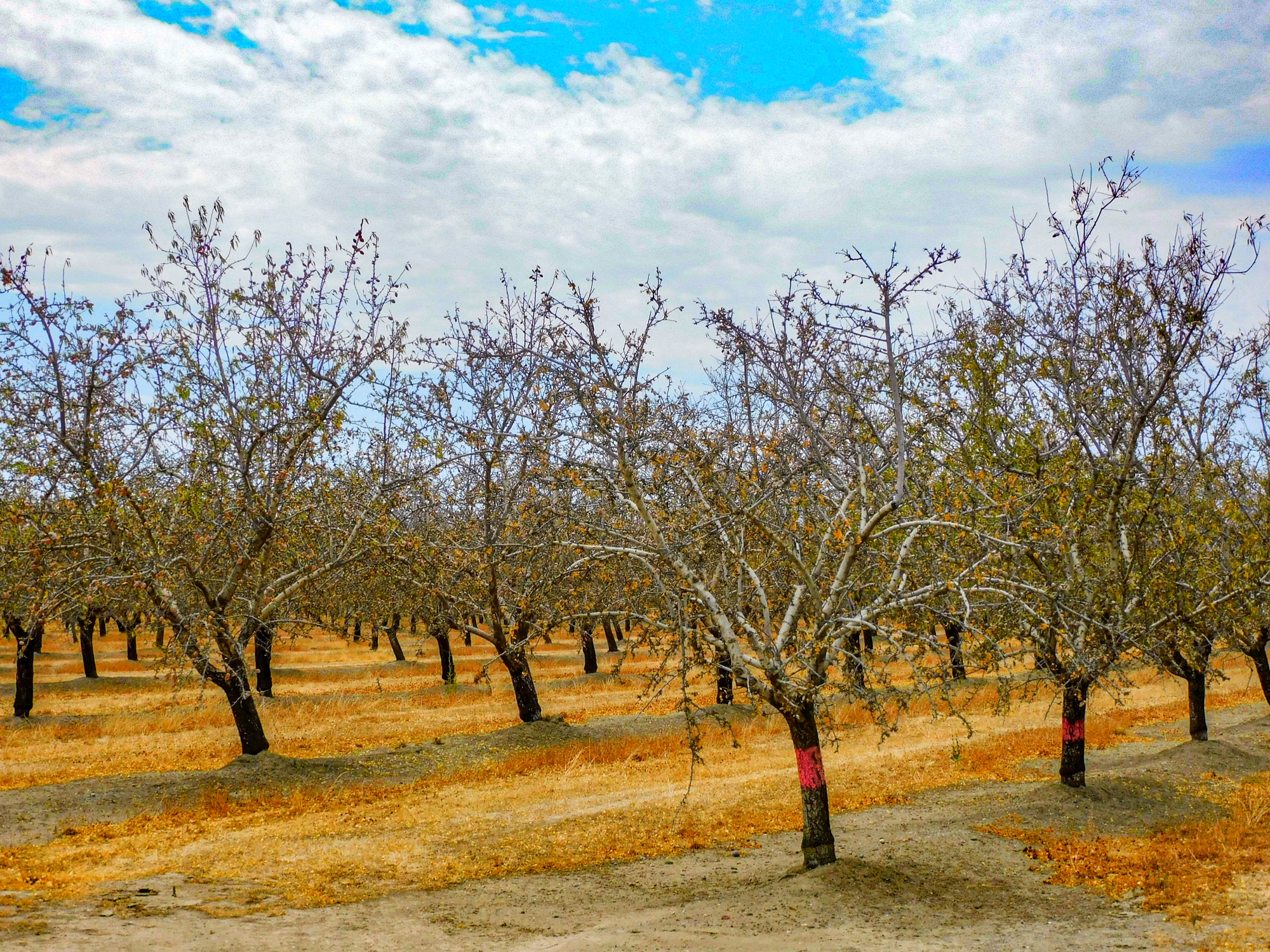