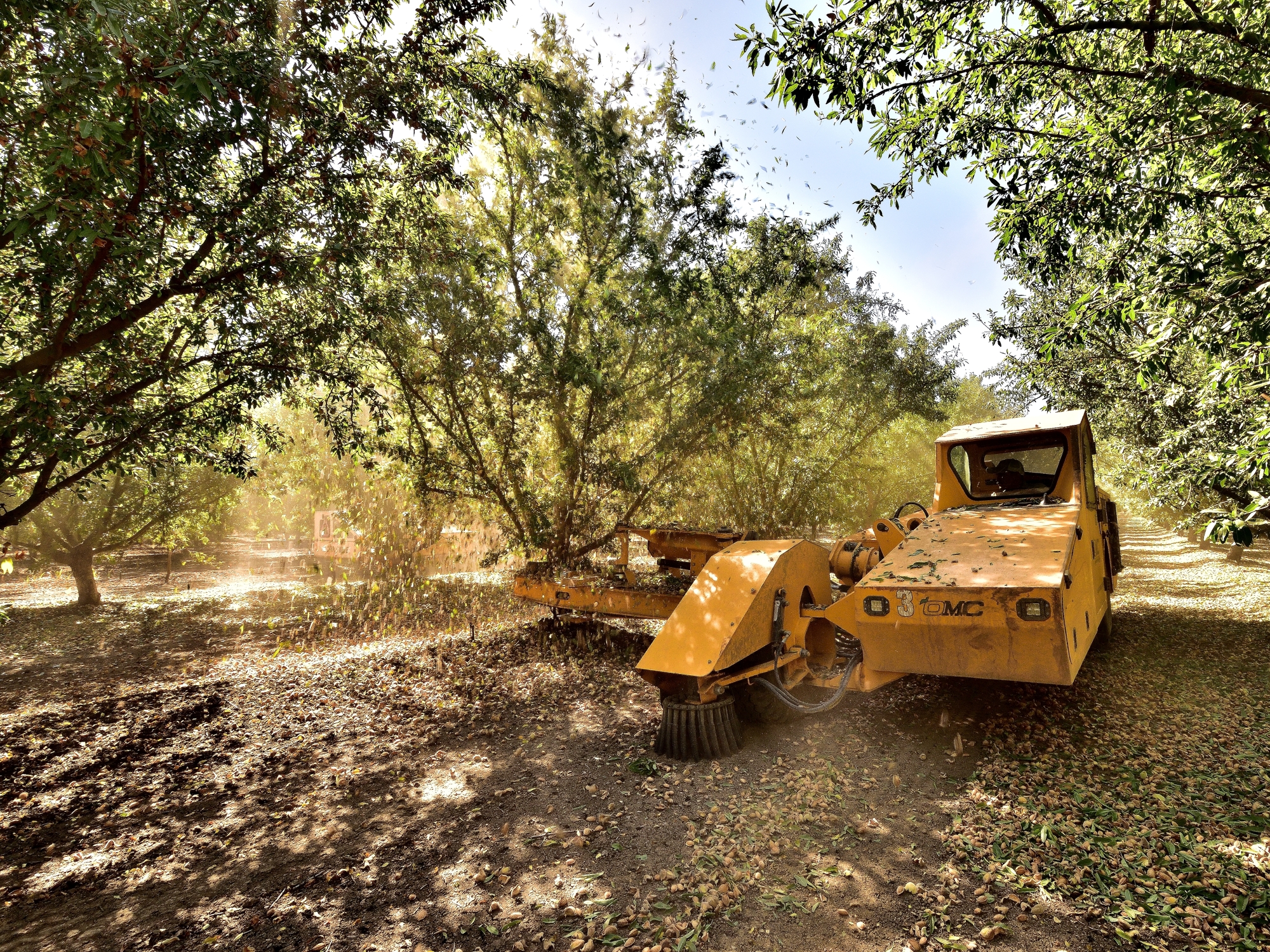 This report covers conditions and observations made between Monday, August 1 and Sunday, August 28, 2022. The next scheduled report will be posted on Monday, October 3, 2022. In the event of any significant occurrences prior to that date, this site will be updated as soon as possible.

The summer season maintained a strong grip on the Central Valley’s weather during August with bright sun and hot days dominating the weather. Daily maximum temperatures ranged from the mid-90’s to just over the century mark during the majority of the period, with readings rising only into the lower 90’s on the “coolest” days during the first and final week of the month. Morning lows, meanwhile, ranged from the lower 60’s to lower 70’s throughout the period. The hot conditions were further complicated by monsoonal moisture that streamed northward from Mexico on several days early in the period, driving the humidity to uncomfortable levels.

Observers are reporting that all areas of the Central Valley are now fully engaged in the harvest. Shakers have been focusing on early maturing Nonpareil and Independence plantings, followed quickly by Sonora and Price. Growers and observers are reporting that for the most part, orchards have been shaking very cleanly. However, some have noted that orchards under the most severe degree of water stress are losing nearly all of their leaves during shaking. Growers have noted that the hot conditions have promoted rapid drying of the crop after shaking, allowing them to sweep and pick up the crop in relatively short order. Per the normal practice, those with water available are opting to provide an irrigation immediately after picking up the Nonpareil, avoiding undo stress on the orchard. Those with self-fertile, single variety plantings are also irrigating and will soon turn their attention towards post-harvest tasks. Many growers have noted that maturity levels of their pollinator varieties are running very close to the Nonpareil. This will allow growers to send shakers back into the orchards as soon as the orchard soils have dried enough to allow safe shaking. As may be seen in the photos accompanying this report, hull split of the mid and later maturing varieties has also begun, indicating that the 2022 harvest may be quite compressed. Signs of the initiation of hull split in the Monterey variety and last-to-harvest Fritz can also be found in advanced plantings around the Valley.

Several themes have emerged during the first weeks of the harvest:

After a slow start, huller/sheller operations are now running product as soon as it arrives from the orchards. Owing to the reduce crop resulting from the bloom-time freeze, operations in the Sacramento Valley are running a greater proportion of the crop upon arrival and diverting a commensurately smaller proportion to stockpiles. As shown in the photo accompanying this report, huller/shellers in the San Joaquin Valley are diverting crop to stockpiles at their locations, while some growers are also stockpiling on the farm. These piles will remain in place until the field harvest has been completed.

While all are hoping for a wet winter season, all are also hoping that the weather remains dry until field harvest operations have been completed. 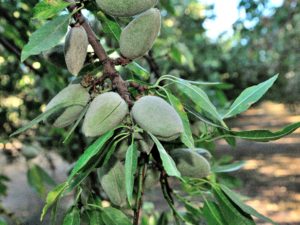 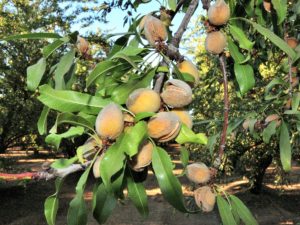 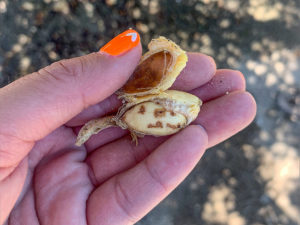 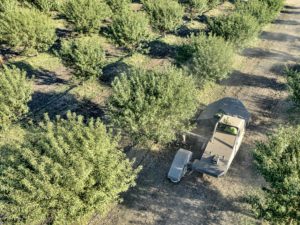 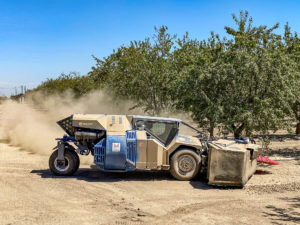 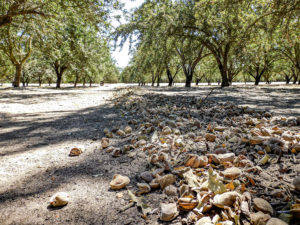 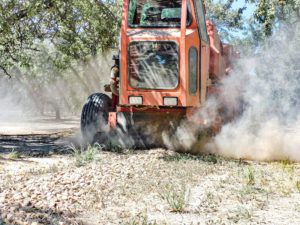 Picking up the Crop in Stanislaus County 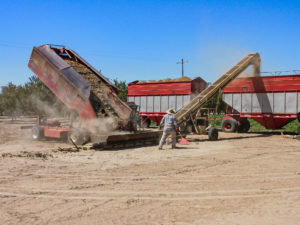 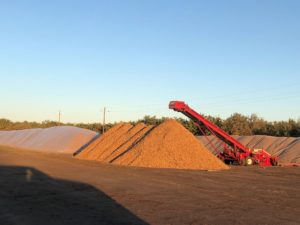