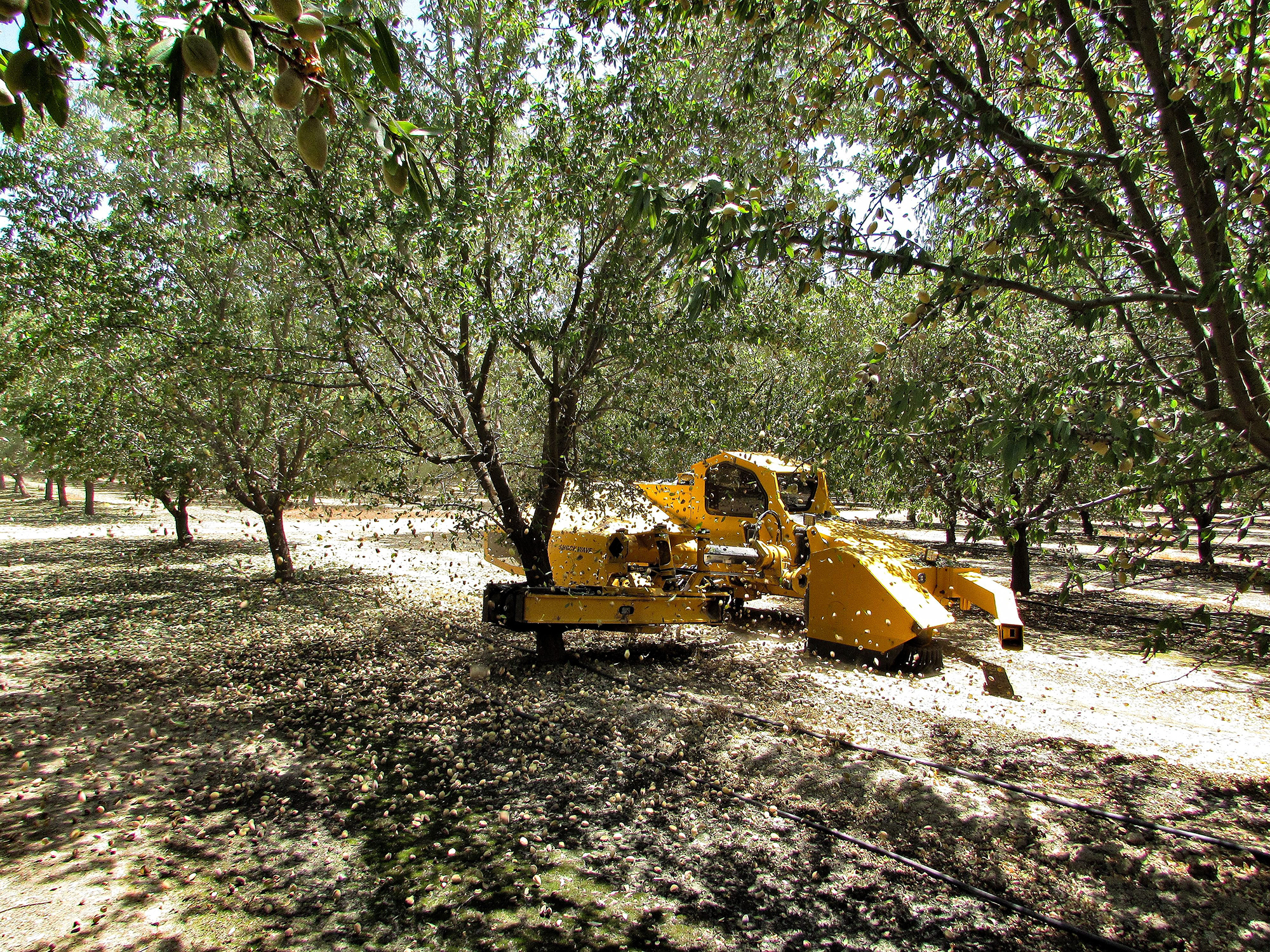 This report covers conditions and observations made between Monday, June 29 and Sunday, August 2, 2020. The next scheduled report will be posted on Monday, August 31, 2020. In the event of any significant occurrences prior to that date, this site will be updated as soon as possible.

Typical summertime conditions reigned over the Central Valley during July, with clear skies and hot temperatures helping to mature the crop. Daily maximum temperatures in the Sacramento Valley were reported in the upper 80’s to just over 100 degrees throughout the month. Daily highs in the San Joaquin Valley were generally a bit warmer, with the mildest days peaking in the lower 90’s and warmest at just over the century mark. Morning lows provided a brief respite from the daily heat with readings ranging from the upper 50’s to mid-60’s. As with the daily highs, warmest temperatures were also reported in the southern San Joaquin.

The excellent weather during July has provided ample opportunities for growers to complete critical pre-harvest tasks. Hull split treatments to control Navel Orange Worm, NOW, were among the most critical operations. Growers and their Pest Control Advisors closely monitor the progression of the hull split and the life cycle of the NOW in order to accurately time treatments to the most susceptible stages, providing the greatest reduction in damage to the nuts as they dry in the trees.

Weed management, ant management and pre-harvest irrigations are also important as growers work to prepare the orchard floor and ensure that the trees are at the proper moisture status when shakers are sent into the orchards. Aside from managing NOW, irrigation management is an equally critical task. As hull split begins, growers must manage their irrigation timing and amount in order to effectively mitigate the development of fungal growth on the splitting hulls. Regulated deficit irrigation is the practice of reducing irrigation to one-half of the tree’s needs for two weeks at the initiation of hull split. This is aimed at reducing the moisture levels within the splitting hulls, commensurately reducing the ability of fungal spores floating in the environment to infect the hull. After two weeks, full irrigation is restored. Within this period and where warranted, applications of ant bait formulations targeted at species that feed on almonds must be applied to the orchard floor in advance of the harvest, between irrigations. Foraging ants then move the bait material into the colony, reducing the population. If populations build to adequate levels, ants can cause significant losses to the crop while it lay on the orchard floor prior to being picked up. As the harvest draws close, careful irrigation management continues. If soils are too dry, the trees will endure excessive stress, potentially impacting the crop and the developing flower buds needed for the next crop. If too wet, shakers can strip bark from the trunk during the harvest, exposing the trees to fungal infections and eventual death. Obviously, July can be a very hectic period as growers conduct the symphony work that must be completed in order to “bring in the crop”.

Hull split of the Nonpareil and Independence began during the first week of July and progressed steadily during the month. By the end of July, nuts in advanced plantings have dried enough to be harvested and growers in the southern San Joaquin and along the west side of the San Joaquin and Sacramento Valley sent shakers into the orchards. Shaking activity will spread throughout the balance of the Central Valley in the coming weeks as growers work their way through the Independence and Nonpareil, then return to harvest the various pollinizer varieties.

Observers are reporting that huller-sheller operations should receive the first deliveries of field-run crop during first week of August and that harvest operations will reach their maximum level by the third week of the month. As the harvest gets underway, the flow of crop will rapidly exceed huller-sheller capacity and much of the crop will also be directed to stockpiles for hulling and shelling after the field harvest has been completed. 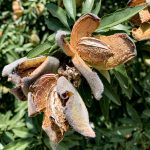 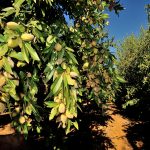 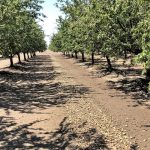 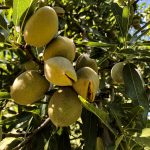 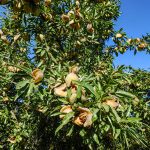